The Phillies picked up Jerome Williams in early August of 2014 and he well. Over the course of nine starts with the club the Right Hander went 4-2 with a 2.83 ERA. 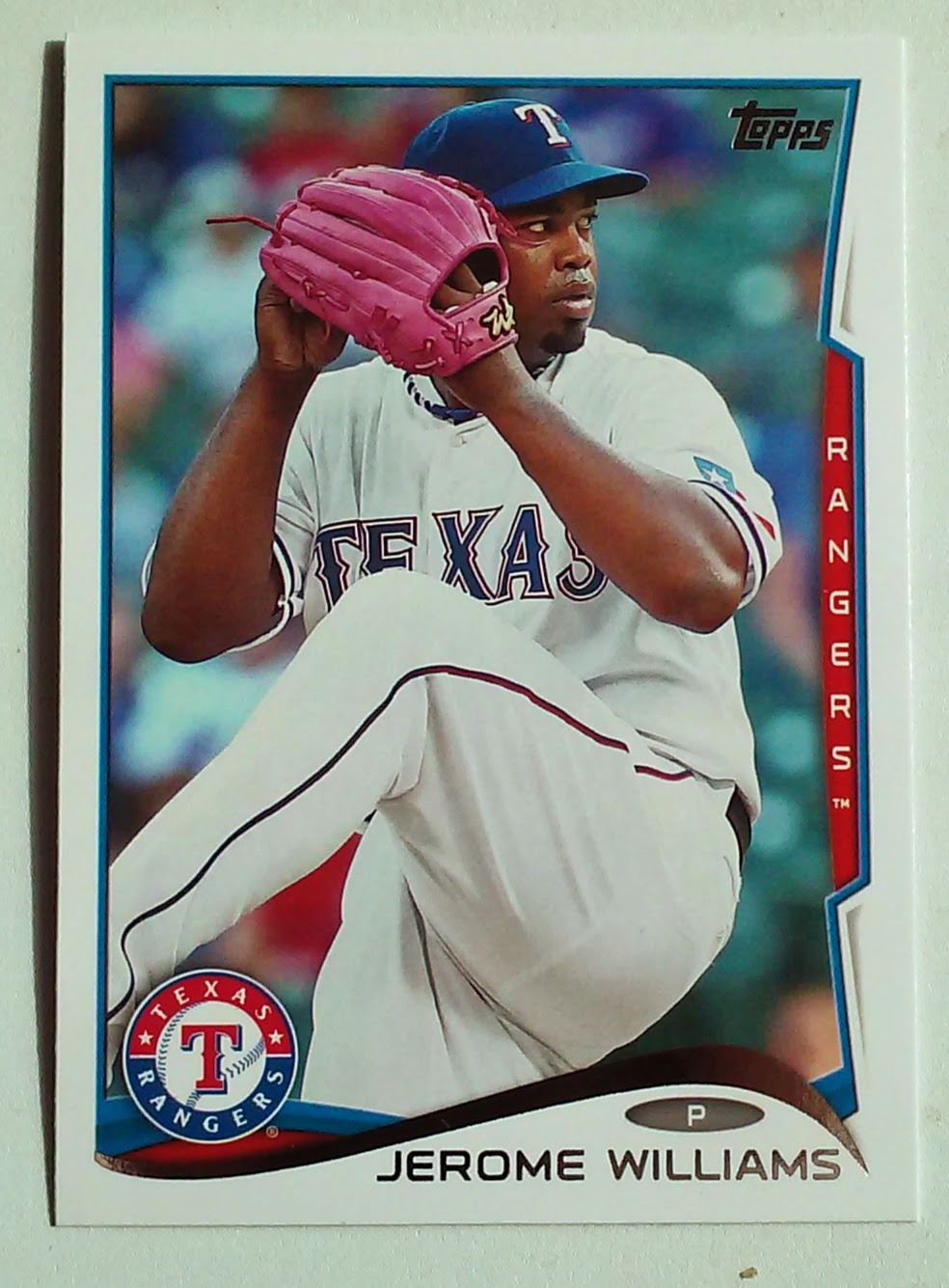 During his brief stint with the Phillies Williams peripheral numbers were better than career averages, in most categories including  WHIP, H/9, K/9, BB/9 K/BB, ERA+ and FIP.

Maybe Jerome WIlliams has found something, however I would think his 9 start bump with the 2014 Phillies is an anomaly. His 132 ERA+ with the Phils far exceeds any number he has ever put up. Outside of his rookie campaign in 2003 (128 ERA+) Williams has never done better than 104 ERA+.

It is also worth noting that Williams is now 33 years old and last year was not good enough to stick with not one but two teams that lost more games then the Phillies (Astros and Rangers).

The Verdict
I am projecting a regression to mean for Jerome Williams. Last year he posted 1.5 WAR for the Phillies but negative numbers for each of his Texas based teams. At his age he is a replacement palyer at best. 0 WAR.

2014 Topps Card
I like this card with a nice photo which prominently features Jerome Williams signature pink glove.  Williams wears the distinct glove to honor the memory of his mother who died of Breast Cancer.