Phillies in the Hall of Fame

The National Baseball Hall of Fame will host an exhibit dedicated to the 2008 World Series. Items will be featured that were used or worn by Cole Hamels, Ryan Howard, Carlos Ruiz, Jayson Werth, Joe Blanton, BJ Upton, Joe Maddon, Carl Crawford and others.

The Exhibit starts Mid-November and runs through the 2008 Post-Season.

Maybe they will include the pants that Cole Hamels wore as he walked out to the bullpen to warm up for game 5. 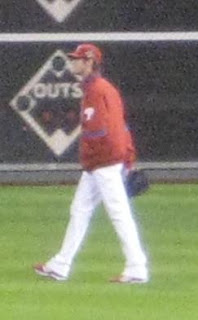 Or perhaps they will include the spikes that B J Upton is wearing as he takes warm up swings in the photo below which was taken prior to game 5 part 1. 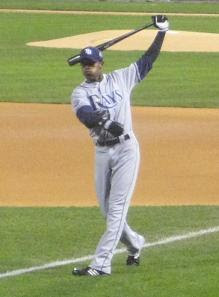 I am slowly sifting through pictures from last week - most are pretty blurry like those above, but I should still find some worth posting.