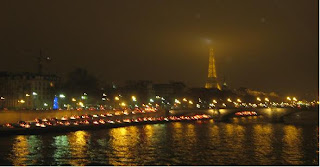 This is a non-baseball card post and will have nothing at all about cards but I thought I would pass it along for those of you interested in what else goes on in the world I sometimes refer to as Planet Phungo.

As you may have noticed not much posting lately, that is because Team Phungo has been abroad checking the European cities of London and Paris as well as the Champagne region of France. We spent 10 days abroad and it was a great vacation. 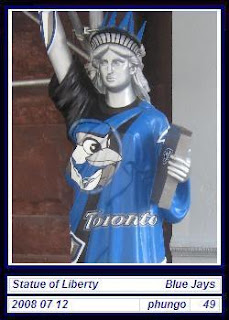 The Phungo card above is a statue created for the 2008 All-Star game festivities in New York City. Each team had a statue created for them and they were placed around the city. We never found the Phillies one. This one represents the Toronto Blue Jays. Oh yeah I mentioned this is a non-baseball card post - well the rest is, this part I just wanted to pass along because as most of you know the Statue of Liberty was originally donated the the US by France. Which is where we were on vacation and saw lot of statues and sculptures including this rather jolly one of Champagne originator Dom Perignon 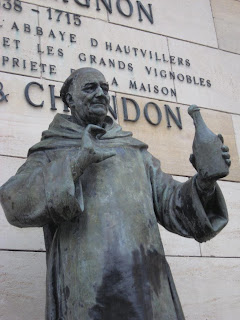 Here is a quick rundown of some of my thoughts on our recent trip.

Europe
Underated
Mass Transit system - I would love to have a decent mass transit system.
Multi-culturalism - Beautiful women from all over Europe were present in both London and Paris.
Overrated
Shopping - I am not a shopper so I am no judge but I didn't see anything in London or Paris that I thought I couldn't get at home. Well there were Topps Attax cards in France, but I didn't get a chance to examine them and see if they were any different then the American ones.

I suppose I will give them Kinder Eggs - although they are probably a choking hazard in the states.
Good Stuff
Chunnell - Not much on the views but a fun ride.
Push
Not Tipping - It just feels weird, but it saves you a bit of money.

Off Season v Holiday Travel - The Winter is the Off Season for European Travel, which should be a bonus, but that doesn't pertain to Christmas Week Travel - All 3 planes we took were stuffed including our Flight from Philadelphia to Paris on Christmas day. Everywhere we went that was remotely touristy was mobbed, and lots of places are closed on certain holidays.
Things that Suck
Exchange Rates and Sticker Shock
London 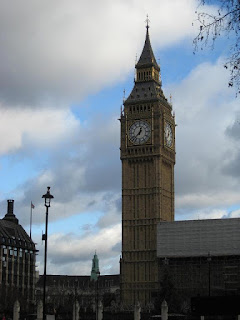 Underrated
Big Ben - as far as tourist sights go this is a good one as Buckingham Palace, Westminster Abbey, Big Ben and Trafalger Square are all within walking distance fo each other.
Overrated
Boxing Day - Apparently this is Black Friday for the Brits. And this years shopping frenzy was coupled with the threat of an upcoming VAT tax that set shoppers into a frenzy.
Good Stuff
English Breakfast - How did we ever give up having beans to start the day?
Push
Chain Restaraunt Pizza Express - Good Clean Efficient and survives wine. .

Pubs Closing at 10. Bad for drinking ones face off all night, good for helping you get up early and being a proper tourist.
It Sucks
Lost Luggage not arriving for 36 hours. 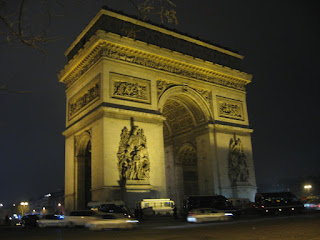 
Underrated
The Louvre on the Free Sunday through covert entrance and good planning. We could have actually planned a lot better, but got lucky a few times. Louvre and other museum tickets can be bought in advanced via a variety of different outlets which can help you avoid long lines. Highly recomended. We got lucky by stumbling into the Louvre "Port de Leons" entrance which had no line for whatever reason.

Champagne Country - Highly recommended - it is a short drive from Paris and gives you a chance to see what life in France is like outside the city.

Luxemborg Gardens even in winter - It's free lots of great statues and fountains. There is a mini statue of liberty here but we did not see it.

Crepes off a Street Stand - good stuff for under 4 Euros and much better than the New Year's Eve Dinner we blew 60 Euro on.

Versailles Outdoors - Once again, this must be really awesome in the summer time

Overrated
Versaille Indoors - probalby because of the insane crowds - but I still think it was overrated regardless my lack of knowledge probably hurts me here too - although Hall of Mirrors was pretty intense.

Good wine at a good price

Sacre Coeur - This is an ancient church set on a good size hill in a fun neighborhood. Great views and artwork.

Mona Lisa - Our party discussed the merits of the Mona Lisa - I think I get part of it. I am no art aficionado or historian - but I did take the time to give the painting a good look and I don't know if it's the history of the thing or what but I thought "yeah I am glad I saw it".
Push
Pubs open all-night. Sometimes not good for sightseeing the next day.

It Sucks
Pub Beer Prices - 6 Euro for a Pint!!!
Dog Doo and Urine everywhere
Posted by deal at 7:37 PM

I know it wasn't part of the trip, but I liked the Phungo card of the Jays Statue of Liberty. Somehow, the Royals statue ended up at their ballpark this summer.

Zman40 - oddly the Royals Statue is one of the few I spotted. It was in the financial district - not far from Ground Zero as I remember

It will be great to watch France, i have bought tickets from
http://ticketfront.com/event/France-tickets looking forward to it.