Swag from Cards on Cards 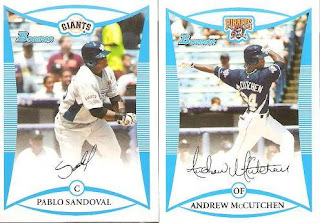 
Originally this trade started out with Some 08 Heritage heading to Cards on Cards for a couple of 2008 Bowman Draft Futures Game cards. I was able to knock 6 cards off of my want list from this set. Hard to believe the 08 Futures Game was only a year and a half ago and these two players are already making a significant impact. If anyone can help I am collecting the 2008 Bowman Draft Cards that feature players in the Futures Game. They are numbered BDPP66-BDPP110.

C on C and I then thought it would be prudent to expand the trade out to include some Phils and Cardinals. Kerry sent out a great package including these highlights:

I am not sure what set the Utley All-Star card is from, I know I have seen lots o these but just don't remember the set - I am pretty sure it isn't Updates and Highlights.

And a bunch of O-Pee-Chee Cards that are all new to me: 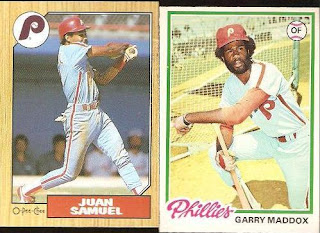 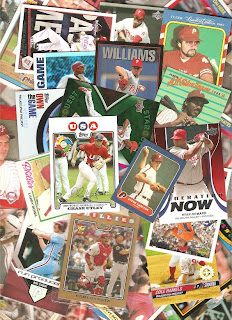 The Carlton Card in the middle is an old school mini.

Thanks to ConC for the trade - and enjoy the Heritage Cards!
Posted by deal at 8:57 AM

Glad you liked the cards. The Utley card is a rack pack-only insert from 2007 Topps Series 1. You got one insert per pack, but no chance of any other inserts.

Thats right - I knew I saw those in rack packs somewhere.