You guessed it - A Bipping! 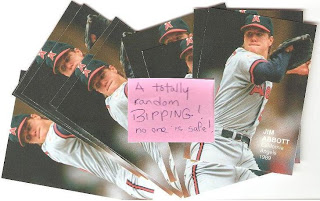 
Night Owl was also good enough to throw in a couple dozen Phillies - many of which filled in some embarrassing gaps in the Phungo collection. 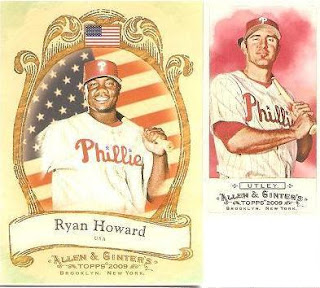 I like the Allen Ginter cards, but did not actively collect them last year. I did participate in a group break held by Dave over at Tribe Cards that netted me several of the Phils - Both of these inserts were new though. 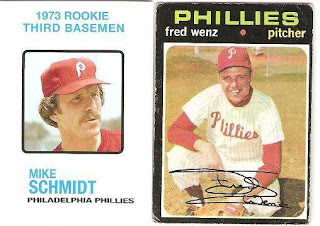 Night Owl also sent a couple of vintage cards like the Fred Wenz card above, as well as some retro cards like the Mike Schmidt card. The Schmidt Card is based off of his 1973 Rookie Card, which Dave from Fielder's Choice wrote about here back in November of 2008. 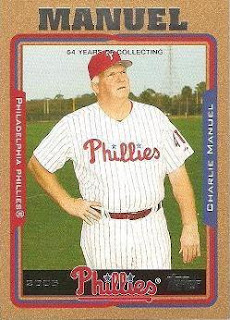 I will close with the Phils current Manager Charlie Manuel, who was once a Dodger.

These cards were just a small sampling of the great bunch of cards from Night Owl. I am sure several of them will show up in other postings in the future.
Posted by deal at 10:01 PM

Hee-hee. I couldn't resist bipping someone with the Abbott cards. I think it's such a cool card that I didn't even mind having 10 of them.