January 26th 2009 marks the beginning of the Chinese New Year. This year is the year of the Ox. To help celebrate the New Year I dined on some Chicken Shu Mai this evening, and I also put together this Chinese New Year Post. 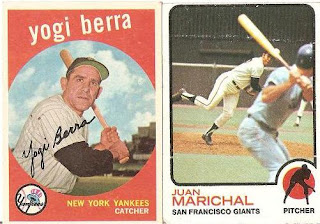 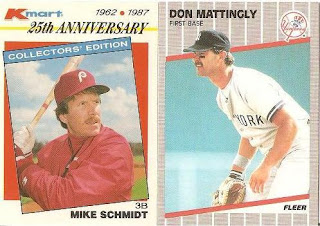 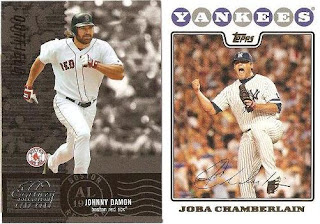 There you have a superstar Year of the Ox group of players. According to Dinged Corners "the Ox is patient, tireless in his work, and capable of enduring any amount of hardship without complaint." So what do you think, do these players demonstrate the qualities of the Ox?

Also, If you haven't done so already please take the time to vote in the Phungo Jim Rice poll.

We were wondering who might be some baseball oxen -- very neat.

I have that K-Mart Schmitty card...classic!