How many HRs does the Ceremonial First Pitch for your Home Opener Have?

The Ceremonial First Pitch for the Phillies 2013 Home Opener will have 865 Dingers behind it! I would like to see the Washington Nationals top that. 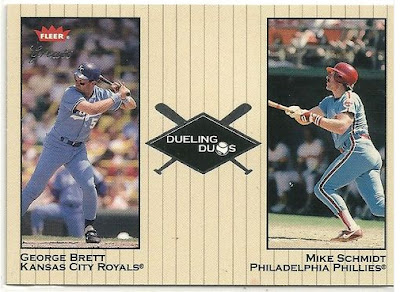 On Friday the Phillies will note 2013s expanded interleague play with the AL Kansas City Royals in town and bring back the star third basemen from the 1980 World Series.  Yes there will be two Hall of Famers tossing out the ceremonial this year who have a combined HR total of 865 George Brett (317) and Michael Jack Schmidt (548)

Note: Technically it is a triple opening pitch with Joe Piscopo making up the third leg of the troika. According to the Phils press release he is "Comedy Legend" Joe Piscopo. Of the 865 Homers Piscopo contributed none and not many more laughs.