Rickey Henderson played for nine different teams during his 25 year career, but he is most synonymous with one. The Oakland A's. They are the club he collected 867 of his Major League Record 1406 Stolen Bases with, They are the club he won his 1990 MVP award with and the are also the club with whom he won the first of two World Series titles. Unfortunately his other Ring came as a member of the 1993 Blue Jays and we all know who they beat. 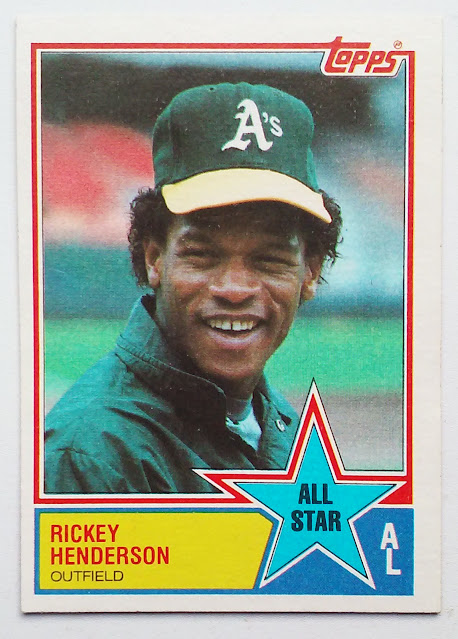 So what does all of these Hall of Fame Accomplishments of a guy who hasn't played in over a decade have to do with next weeks All-Star Game? 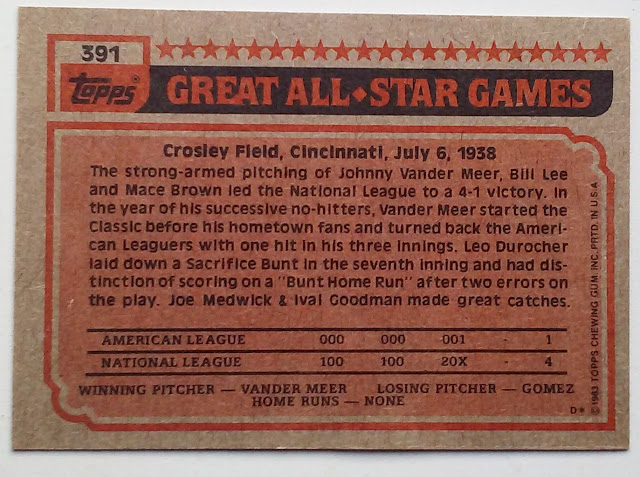 In 1983 Topps did something interesting on the back of the All-Stars. Each of the 22 cards in the subset features an All-Star Game from the past. There is a synopsis followed by a line score and along with a list of Winning and Losing pitchers and Home Runs.

It is an interesting use of the All-Star cards that I don't believe Topps has done before or since.

The #391 Card occupied by Rickey Henderson also happens to be the card that discusses the 1938 All-Star Game which was held in Cincinnati.

It was the first All-Star Game hosted by the Reds. The NL won 4-1. This game had to be one of the greats in All-Star history - Johnny Vander Meer got to start the game for the NL in front of his home crowd just weeks after his back to back no-hitter - That is Awesome.

Vander Meer and Cubs Pitcher Bill Lee (not Spaceman Lee) were the starts of the game. For six shutout innings they held the formidable AL line up to two hits. There were no offensive standouts on either side, 3 of the NLs four runs were unearned as the AL Squad had four Hall of Famers commit errors.

The Phillies sole representative in the 1938 All-Star Game was Hersch Martin. It was the only All-Star squad that Martin ever made, and he didn't even get to play in the game.

Just presenting the OPC version of this card which is basically the same up front with the added French Text and a different logo.

but boy look at the back: 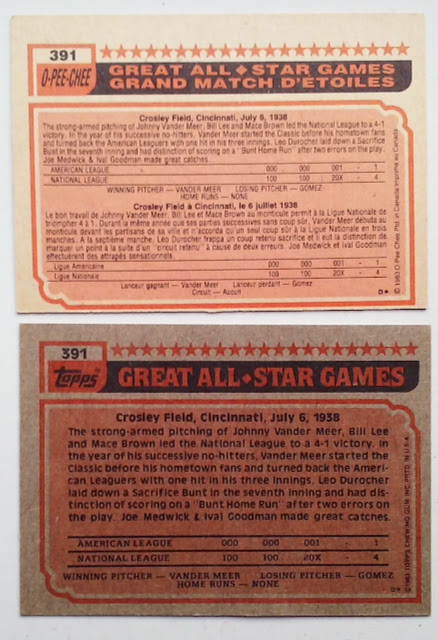 OPC really squished up the font to get all the information on there.