One of my favorite presentations at SABR 45 featured Masanori Murakami, the first Japanese born player to join the Major Leagues. 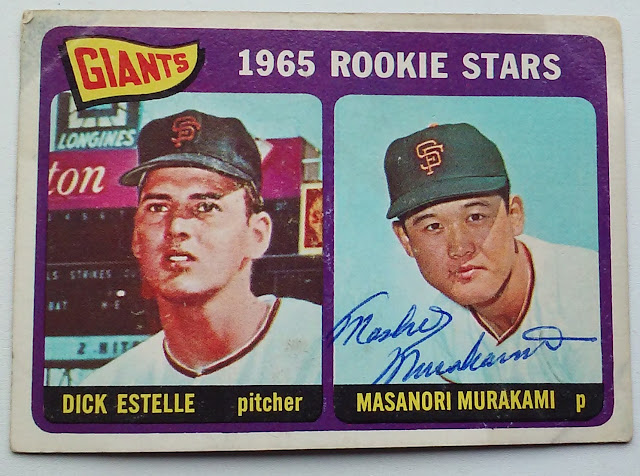 A discussion of Murakami's life and career was moderated by Rob Fitts who has written a biography of the Japanese pitcher.

The SABR panel in Chicago also included Yuriko Gamo Romer who is putting a documentary together on Murakami. A rough cut of the opening of the film titled "Diamond Diplomacy" was shown, the clip included footage of Murakami from both the US and Japan.

Fitts' Questions for Murakami focused on how he learned baseball in Japan despite the objections of his family, his initial experiences in the states (spring training in Tucson), and his first game which was at Shea Stadium.

Murakami cited Giants coach Bill Werle as a significant early influence when he came to the states. During the course of the presentation it became clear that Mashi was the perfect candidate to play in the states. He had a fascination with Western Culture and films - specifically he had become a John Wayne prior to his arrival in the states. 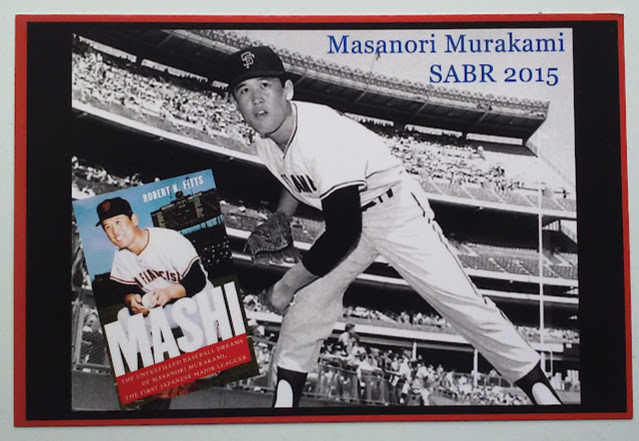 The Masanori Murakami biography was penned by Japanese baseball authority Robert K Fitts who is from Philadelphia and when to UPenn. Despite this the Mashi Book tour is not making a stop in Philadelphia.

The title of the book is MASHI, apparently a nickname - likely shorthand for Masanori - notice on the 1965T card above that Masanori uses the shorter Mashi when autographing items. I also must point out the incredible quality of the penmanship. 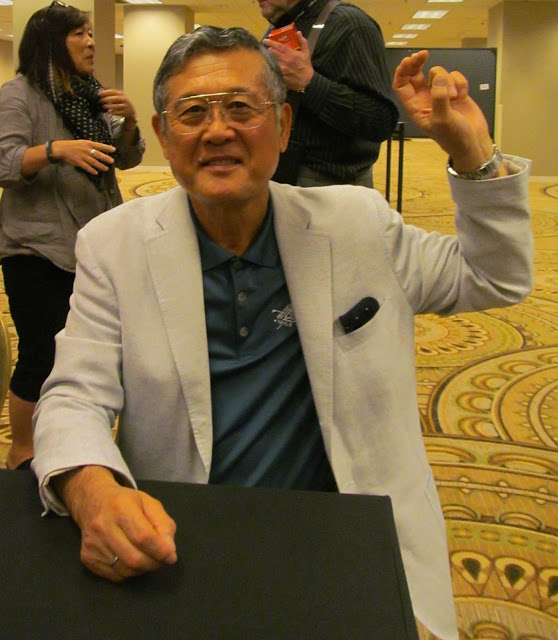 After Murakami signed my baseball card, he was even nice enough to pose for this picture simulating a throwing motion. Thanks Mashi - I just wish I would have thought to give him a baseball to pose with.

For a review of the Mashi book check out examiner.com journalist Nick Diunte here. There Examiner also has a companion interview.

Awesome! I got to meet Murakami and Fitts when they came to NY earlier this week and got the book and their autographs.