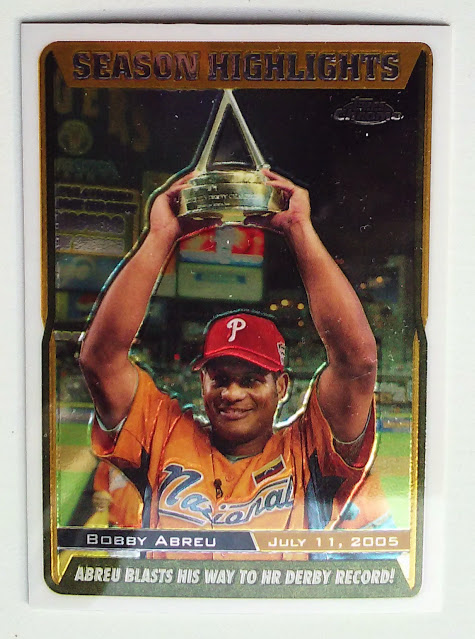 For the Phillies the early 2000s were a pretty dark time. They were not as bad as this year squad, but they were stuck in mediocrity. The 2005 Phillies finished just a tick above .500, which was the fate of several of their seasons during the era.They were over a decade removed from their last playoff appearance which was a lone bright light in a 22 year drought.

Prior to Chase Utley emerging on the team, their best position player was Bobby Abreu.

On July 11th 2005 he got to make a splash on the big stage by winning the Home Run Derby Easily. 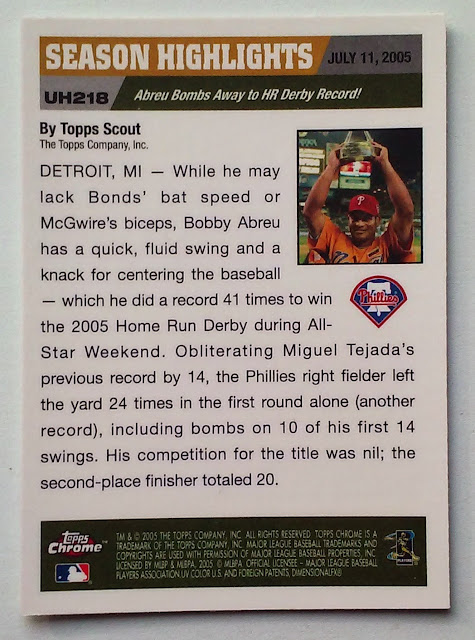 As noted on the flip side of the card above Abreu homered 41 times during the 2005 Derby. It remains the cumulative record for the Derby - 6 more than the 35 that Josh Hamilton hit in his Memorable Performance at Yankee Stadium in 2008. In addtion Abreu's first round total of 24 is second only to Hamilton (28 in 2008) for a single round total.