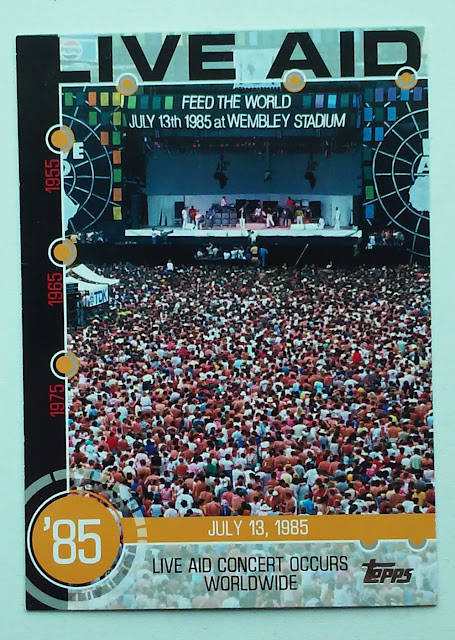 This year as part of their Baseball History Insert Set Topps issued a Live Aid Card. Unfortunately for us Philadelphians the photo on the card is from Wembley.

Chuck Darrow who writes for the Daily News in Philadelphia wrote a a nice remembrance/synopsis of the JFK show in Today's Philly Inquirer. He mentions the Hooters, Teddy Pendegrass, Joan Baez, Zeppelin, Phil Collins, Tina Turner, Mick Jagger, CSNY and others as Highlights - and also the Heat and Humidity as a challenge. 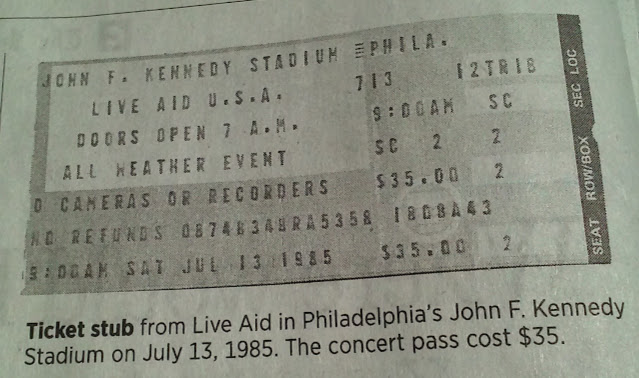 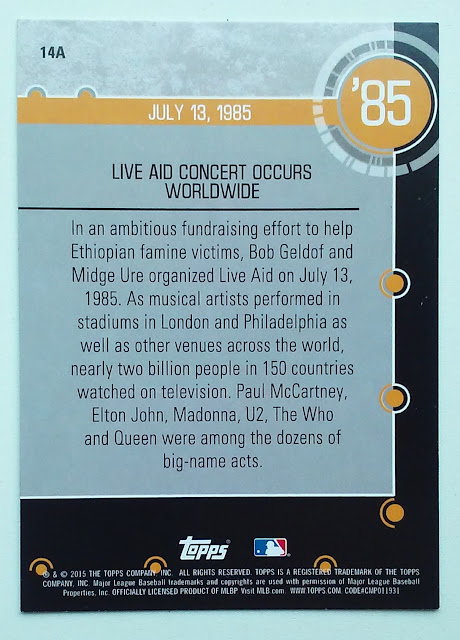 Among the folks mentioned on the Topps card are Organizer Bob Geldof and Midge Ure, Elton John, Madonna, U2, the Who, Queen and Sir Paul McCartney

The Baseball event paired with Live Aid is Nolan Ryan's 4000th Strikeout which occurred a few days prior to Live Aid on July 11th. 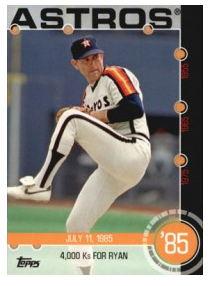 The cards are designed with a subtle border tying them together into a single piece - the Live Aid card would be on the left with Nolan on the right - reminiscent of the 1983 Fleer Black n Blue card.

Detroit Tigers fan @robbyt86 was at that game and recently posted this tweet and picture. 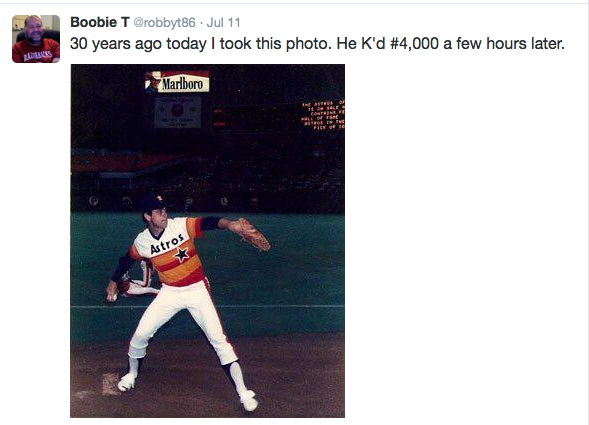 Notice the full on Rainbow uniform worn by Ryan in RobbyT's shot. It appears that the photo used on the 2015 Topps card is not from the actual game in which Ryan recorded his 4000th K, but in a game a few years later. 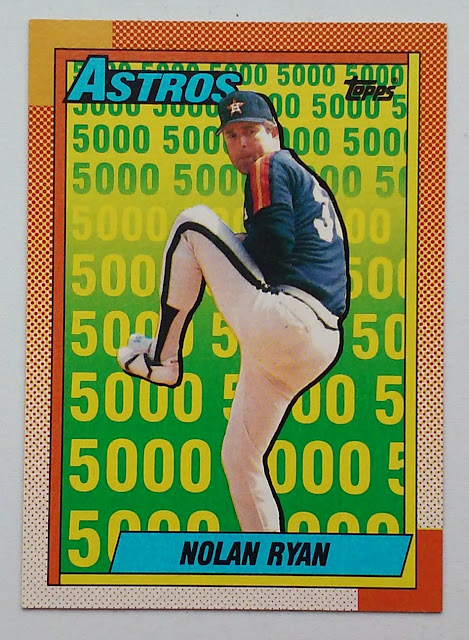 In 1990 Topps honored Nolan Ryan and his 5000th Strikeout with a subset at the top of the flagship release. Card #4 discusses the Astros Years which included K number 4000. 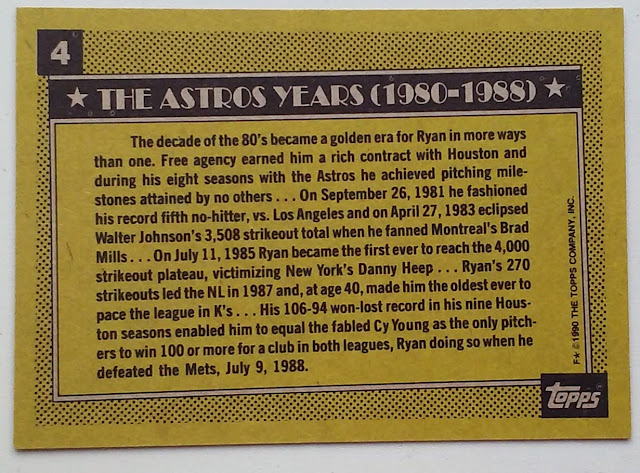 Ryan's Stikeout of Danny Heep is mentioned pretty much dead center of the text above.