25 years ago Nolan Ryan won his 300th game, a 11-3 decision over the Milwaukee Brewers. Ryan went 7 2/3 innings in the victory giving up all 3 runs (1 earned) while recording 8 Ks. The 1 and 2 hitters for the Brewcrew that day were future Hall of Famers Paul Molitor and Robin Yount. 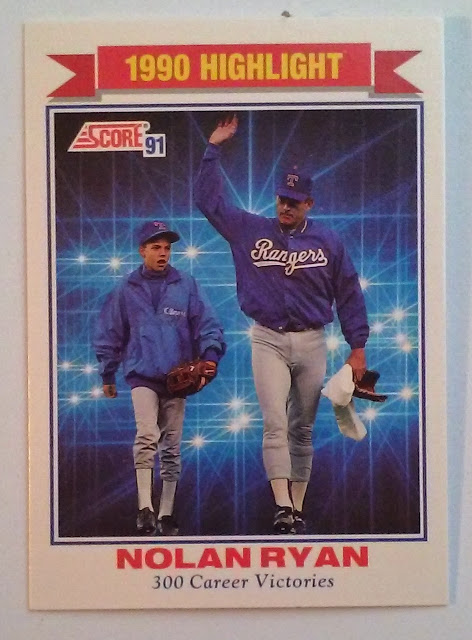 Score honored the accomplishment with a card in their Highlights subset. The Front Shot shows Ryan acknowledging the fans. 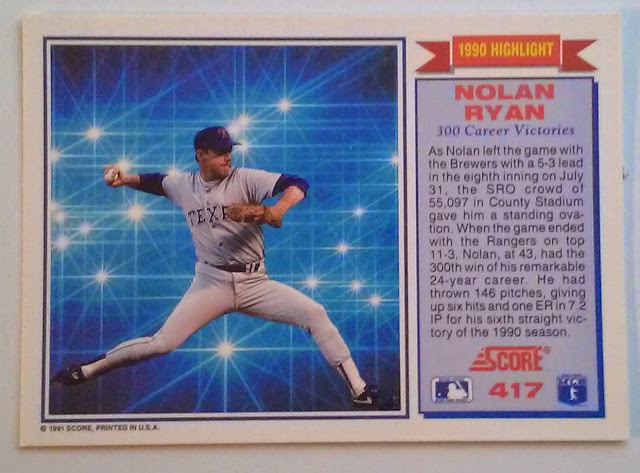 The flip of the card contains an action shot and game summary. Note the 146 pitches thrown by Ryan in the victory. The 55,097 attendance was the 3rd largest Brewers crowd of the 1990 season, and the #1 draw for a weeknight game.

This is not a no-hitter card, but Ryan is obviously the most prominent member of the Year of Clan and we will be adding this card to the extras in our 1990YotNH index.