It was great watching Cole Hamels No-Hitter yesterday. During the course of a long season even the worst teams have bright spots, I am glad to see Cole Hamels got to be part of one. 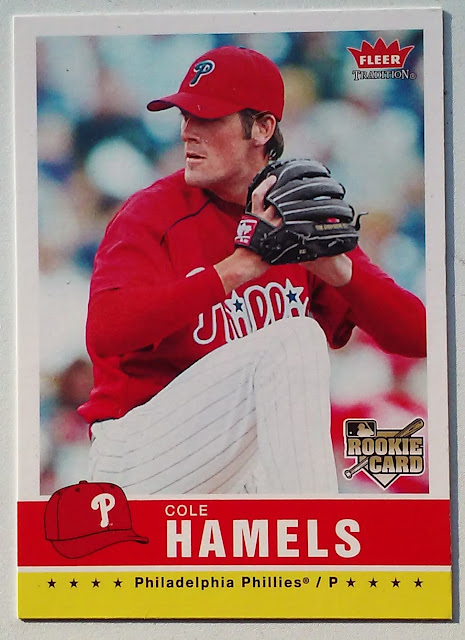 The above Fleer card specifies that it is Cole Hamels Rookie Card, but that designation may vary. Hamels had cards at least as far back as 2003.   2006 was the first year of the current Rookie Card guidelines. Essentially a player gets the RC logo once they make a 25 man roster - apparently September Call ups don't count, I haven't bothered to research the latter point, but I question whether it is still followed.

Hamels came up in May of 2006 and thus earned the RC flair, His debut is covered in the text on the back of the card. 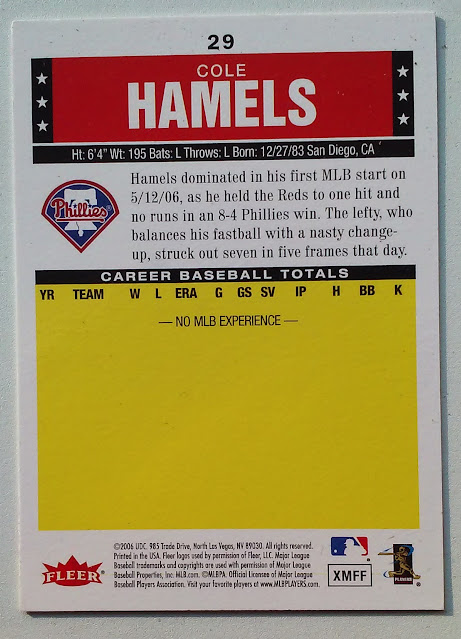 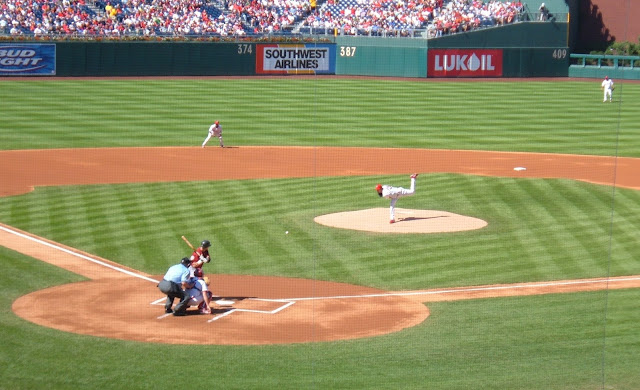 This is one of best photos I took early in my digital camera apprenticeship. Cole Hamels is facing Craig Biggio. It is a great photo to bring out today - on the Day that Biggio goes into the Hall and Hamels is fresh off his no-hitter.

This is one of the common shots I go after, the ball is in motion between pitcher and batter - in this pix the pitch appears to be pretty close to dead center of that 60 feet 6 inch stretch.

To read more about the great game where this photo was taken click here.

Extra Innings
Since we are covering No-Hitters this year I am adding this posting to our Year of the No-Hitter index.