It was a fun night for everyone, there was a buzz across the stadium as fans followed Nola from his Long Toss routine all the way through his six inning start. 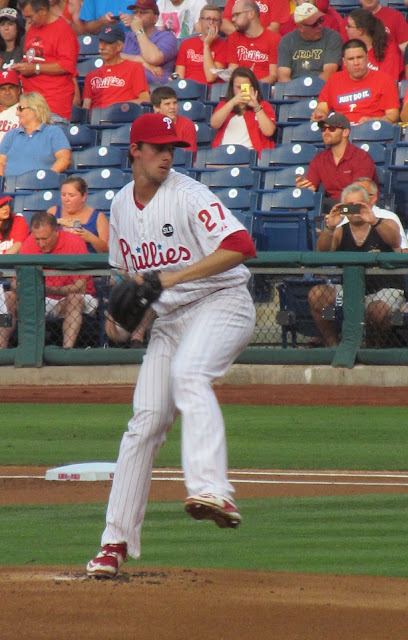 Aaron Nola looked good giving up run on 5 Hits and a walk over the course of six innings in his first start.

He did have one bad pitch. 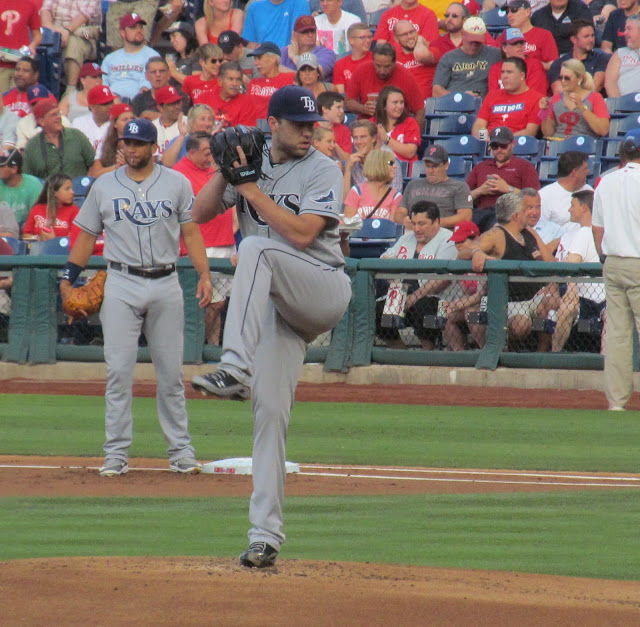 Typically a gift pitch with an AL Pitcher batting isn't a problem, but on Tuesday night it was. Nate Karns had never had a hit in the Majors and only one in the minors, but he made his first in the Majors count. Karns Homered off of Aaron Nola in the 3rd inning and it was the only run the Rays needed. 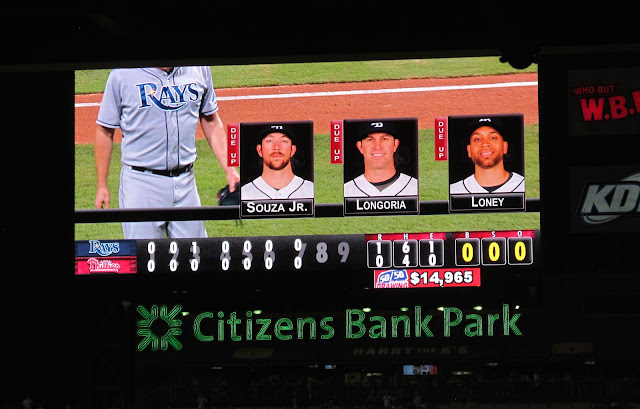 How often do you get a 1-0 game where the only run is the result of a Pitcher hitting a Home Run.

Yovani Gallardo did to give the Brewers a 1-0 victory over the Pirates in 2009. Karns was the first AL Pitcher to do it since 1962 when Milt Pappas did it for the Orioles versus the Yankees. 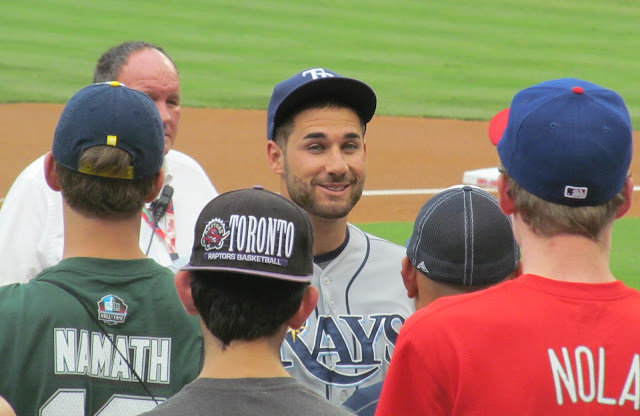 There were a number of Rays that came out to sign autographs, one of them was Kevin Kiermaier who had a really good night in Centerfield. In addition to a couple of nice catches he also picked up and outfield assist when Cody Asche attempted to go first to third on a single. 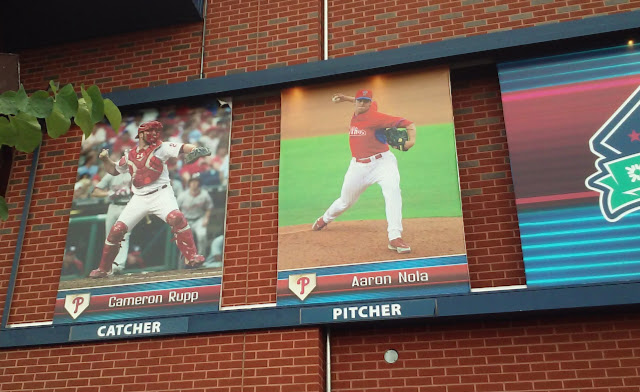 The Phillies even had a new LineUp card posted for Aaron Nola. 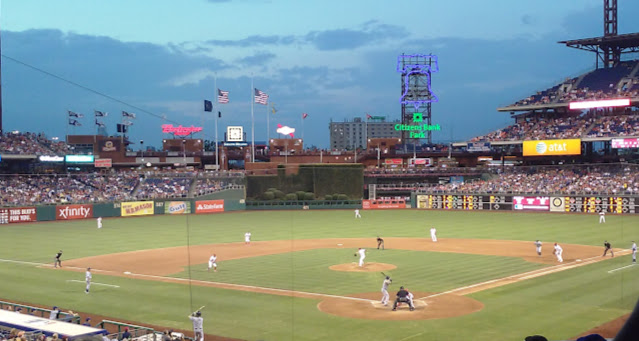 It is a little hard to tell but the flags at CBP were lowered to honor the memory of the servicemen killed in Chattanooga.

Nola's debut was pretty great and the lousy outcome aside I'm sure it must've been exciting to watch the next really good Phillies arm (that may end up being the center of trade rumors in a few years from now).
Kind of a tough loss to swallow (one run losses are never fun) but an AL Pitcher hitting a HR in theory is quite fun.

Thanks for the write up. I managed to watch most of the game on mlb.com down here in Houston. I don't have a single Aaron Nola card. It looks like most of his cards are 2014 and 2015 Bowman products. I wonder what the eBay traffic looks like.