Steve Carlton is celebrating a bit of a milestone anniversary this week. 35 years ago he became the All-Time leader in strikeouts among Left-Handed Pitchers. 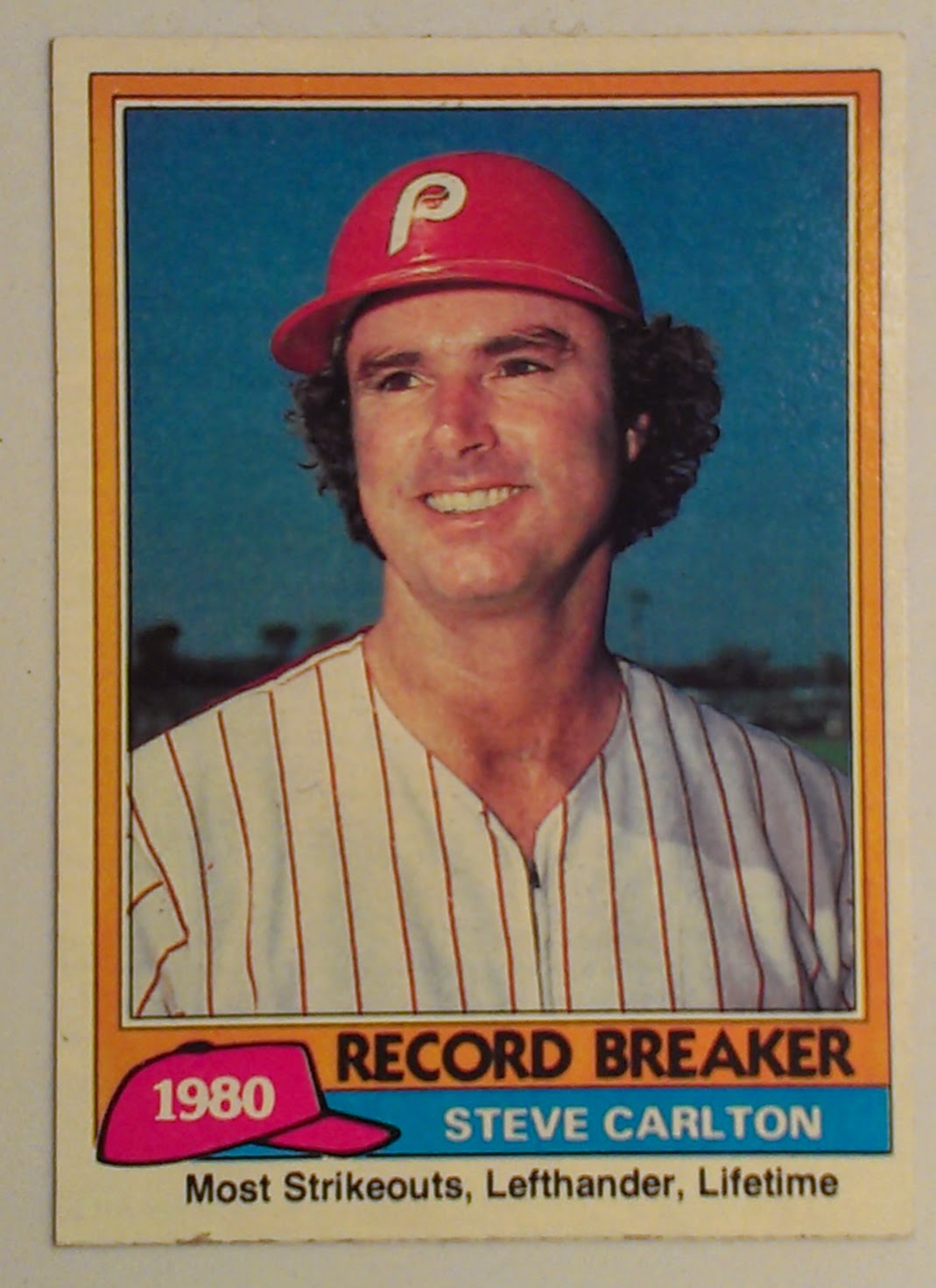 The feat made the Record Breaker subset for 1981 Topps.

The b-side of the 1981 Record Breaker cards sort of slack a little by placing all the achievements on the season end date of October 5th, a date which Carlton didn't even pitch. Also notice the by-line for the article is from Philadelphia - Which is incorrect for either date as the Phillies were on the road for both the Record Breaking game in St Louis and the final game of the season in Montreal.

Perhaps the article cites Philadelphia because the Photo of Lefty shows him in a home uniform, and what is with the batting helmet? - notice it is an old school helmet - no earflaps.

Intermittently in the 1980s Carlton held/shared the K record for all pitchers with Nolan Ryan. Topps produced a card in 1984 marking that accomplishment.

In 1976 Topps issued a similar card for Mickey Lolich who broke the Strikeout record which was previously held by Warren Spahn. Since 1981 both Lolich and Carlton have been passed by Randy Johnson who took over the southpaw K Record in 2004. Carlton still ranks 4th overall in Punchouts and 2nd among Leftys.

I remember that game. My wife and I were driving from Philly to Maryland to meet a bunch of people for a camping trip. I started off the drive listening to the Phillies game on the Philadelphia radio station that carried the games then but after awhile I lost the station. I tuned all over the radio dial and eventually found another broadcast of the game, from St. Louis.