Starting off our coverage of the 2015 Hall of Fame weekend in Cooperstown with a fun card that features two of the players that will be inducted on Sunday. 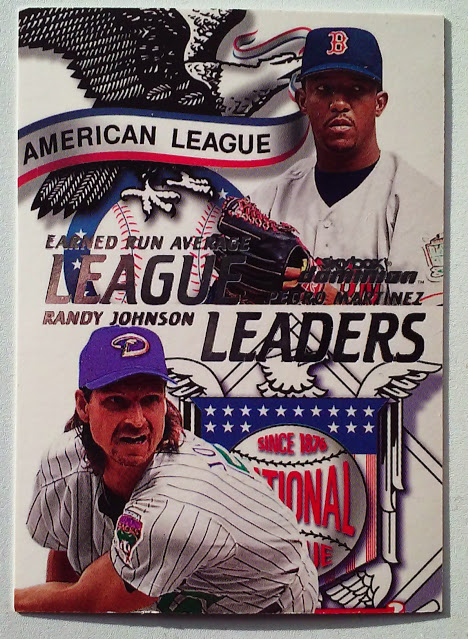 The above cards Honors Martinez & Johnson leading their respective leagues in ERA in 1999. It was the first of two times that the two held the top spot together. The other was 2002. 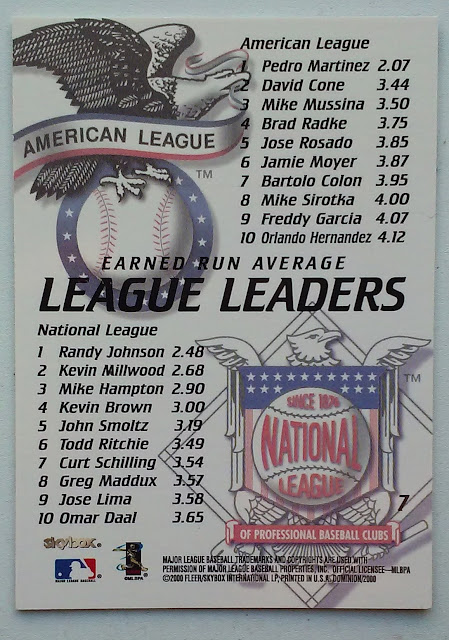 As always you get some interesting names when you go 10 deep in 2 leagues. This weekends other HoF Pitching Inductee John Smoltz is #5 on the NL list - His Hall of Fame Braves Teammate Greg Maddux ranks #8.

The 1999 Phillies are represented by HoF Possible Curt Schilling and there and there are several future Phillies in the mix - Jamie Moyer, Freddy Garcia, Kevin Millwood, and Omar Daal.

Hope you enjoy Pedro cards, going to see a lot of him the next couple of days, Apologies to the Braves fans as I may be skipping Smoltz this go around.