On July 29th 1990 Scott Garrelts could have pitched the record setting 8th no-hitter of the Major League season but he missed it by one out. He and the San Francisco Giants had to settle for a one-hit 4-0 victory over the Cincinnati Reds as Paul O'Neill singled to center with 2 outs in the 9th. Garrelts subsequently retired Eric Davis to complete the shutout. 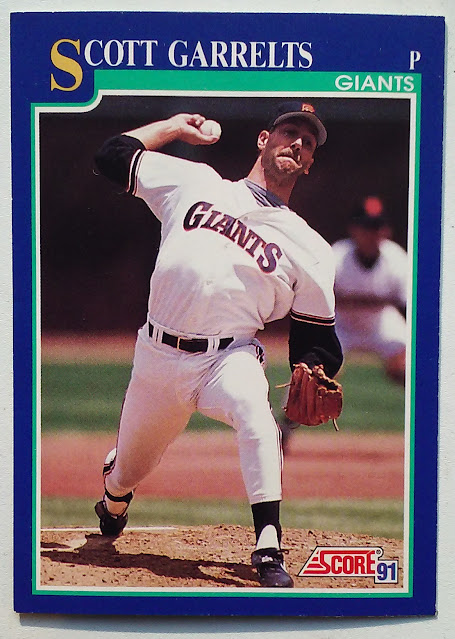 Garrelts pitched 10 years in the Major, his entire career was spent with the Giants. The one-hitter was the last Shutout and Complete Game of his career. 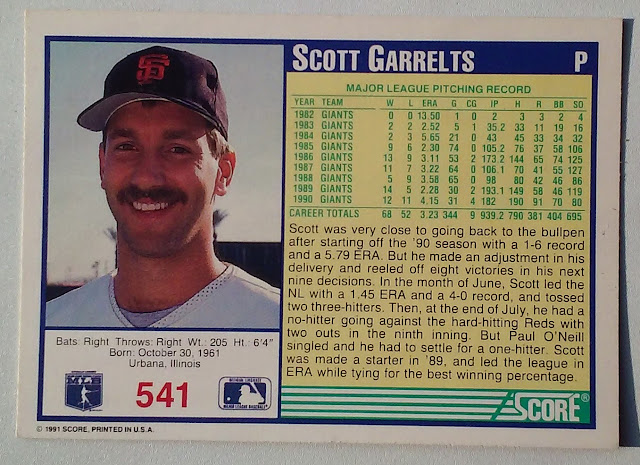 The text on the back of Garrelts card mentions the Near-Hitter towards the bottom. It also goes on to mention his 1989 campaign when Garrelts led the NL in ERA, WHIP and W/L percentage. good enough for 6th in the Cy Young voting.