Sunday Night Baseball is in LA for the Red Sox and Angels which gives an opportunity to dig a bit deeper into our Year of the No-Hitter series. 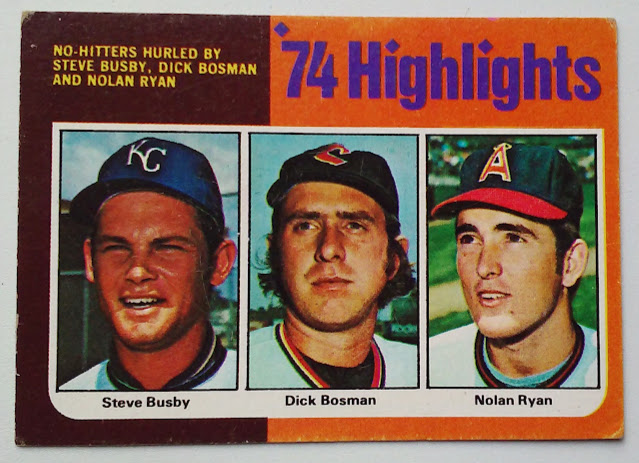 Two of the Ten pitchers who were involved in Year of the No-Hitter had thrown previous no-hitters. Mike Witt who finished Mark Langston's No-Hitter tossed a perfect game in 1984, the other of course was was Nolan Ryan.

The No-Hitter referred to by the 1975 Topps Card above is Ryan's Third. Ryan and the Angels defeated the Twins 4-0. The Twins lineup that Ryan faced that day included Future Hall of Famer Rod Carew (Who was the focus of our previous Angels SNB posting) and pinch hitter Harmon Killebrew. Ryan had the opportunity to finish the No-Hitter when he faced the Killer with 2 outs in the ninth, but ended up walking the slugger before getting Eric Soderholm for the final out. 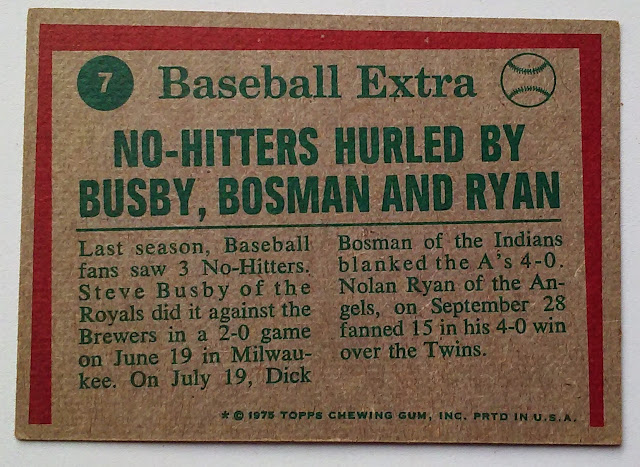 The newspaper style text on the back of the card gives short descriptions of the No-Hitters. Steve Busby beat the Brewers 2-0. Milwaukee's Shortstop that day was rookie Robin Yount who was playing in his 56th career game.

Dick Bosman shutdown Reggie Jackson and the Oakland A's 4-0 in the middle of their three-peat World Series Run. Today is the Anniversary of Bosman's No-Hitter which occurred 41 years ago. 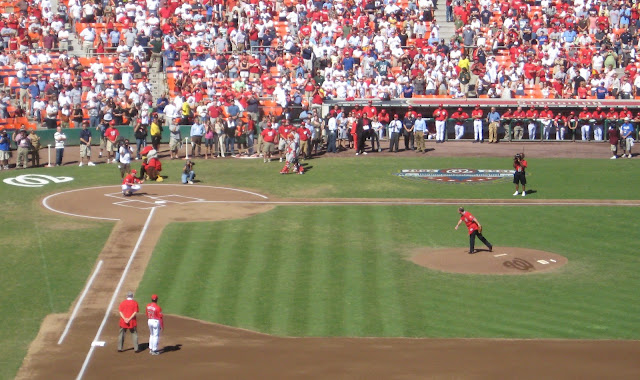 Dick Bosman threw out the final first pitch at RFK Stadium. The Phillies lost to the Nationals 5-3 that day. Chuck Cordero struck out Jayson Werth for the final out.