Even on teams that annoy me, I have favorite players. Cardinals First Baseman Matt Adams falls into that category. 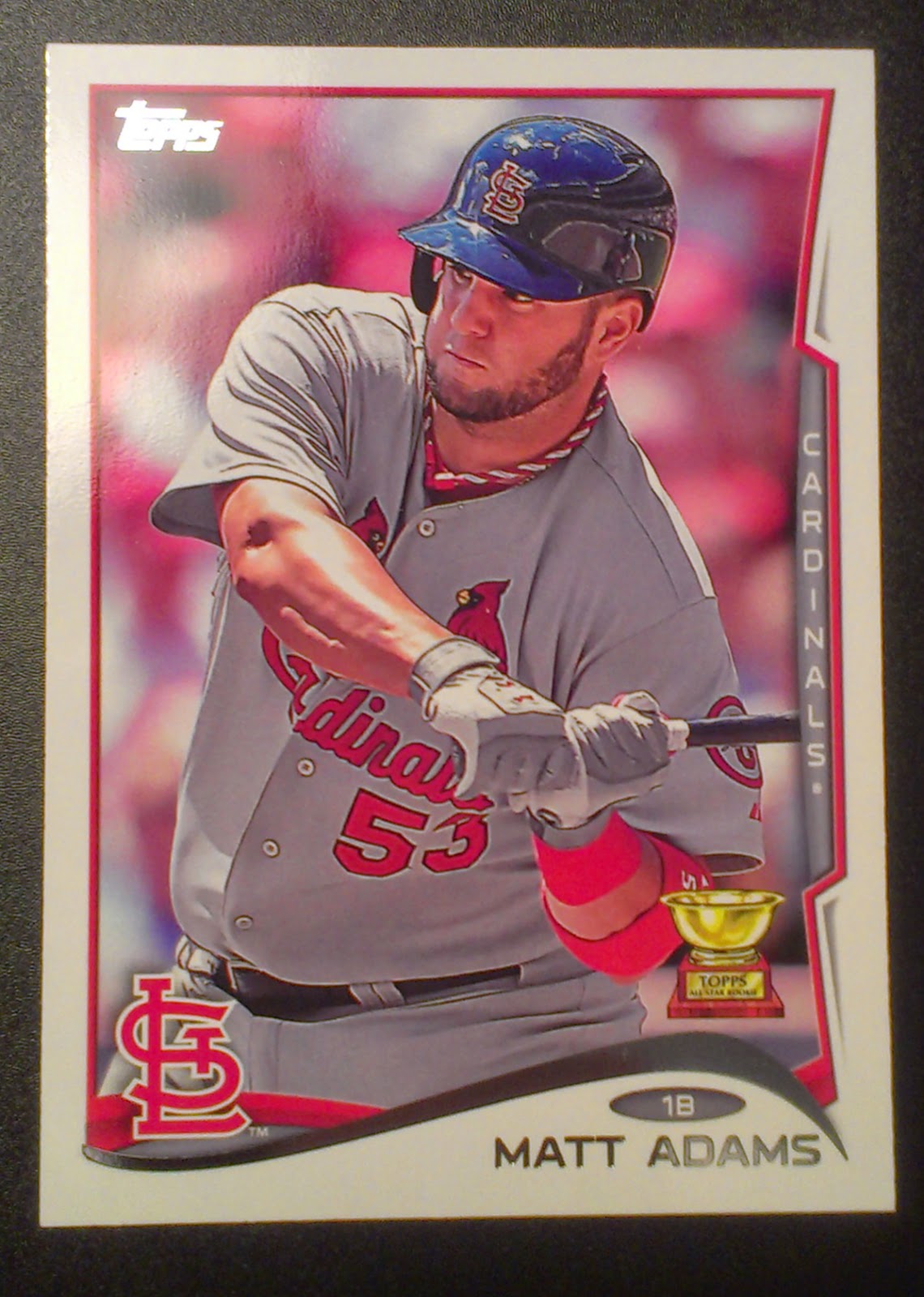 It is an apt description.

There are several things I like about Matt Adams; He hails from an area near where Mrs Phungo came from, He went to a D2 PSAC (Pennsylvania State Athletic Conference) school like myself, He is big as a house, and goes by the nickname Big City. What's not to like?

If you play your college ball for Slippery Rock in Western PA, it is going to be hard to get noticed, and Matt Adams barely did. The Cardinals took Adams in the 23rd round of the 2009 Draft - The 699th overall pick int the draft. Adams arrived in the majors 3 years later.

Through the end of 2014 Adams has a 3.2 WAR this would rank him 11th among first round picks from the June 2009 Draft. It is obviously to early to get a feel for the relevance of that class (Mike Trout tops it at 28.2 WAR), but that is good company for a 23rd rounder.

To the point the Phils biggest "success" out of their 2009 crop is Darin Ruf (20th rd /216 overall) who bears some similarities to Adams - College Firstbaseman with Some Pop. Ruf has had some moments but for various reasons hasn't stuck at the major league level.

Rookie Cup
Didn't want to get out of here without mentioning the Rookie Cup. I try and place something beyond a base card when working with current cards outside the Phillies. Topps has gotten away from subsets, so I definitely consder Rookie Cup a subset and this makes the above Matt Adams card beyond base for me. I enjoy looking back at past Rookie Cup selcetions and am glad that Adams made the cut for 2014 Topps.

Cards from the Quarry has been on hiatus since July, but they have some really great Rookie Cup Coverage.