Just gonna do some quick Show and Tell from the Philly Show this past weekend. I spent about 3 hours at the show. I was there on Sunday which is a football day in Philadelphia, consequently the floor didn't feel too busy. The autograph guests on Sunday were the weaker of the two days as well - In addition 1960s era Phillies infielder had to postpone his appearance.

I attended the event without a real plan but felt pretty good about the day. The bulk of my time was spent at two tables. If things go well this should be the first of four installments on the show: 1) Vintage, 2) Non-Sports Tobacco Cards 3) Recent AutoGamers 4) Dime Box 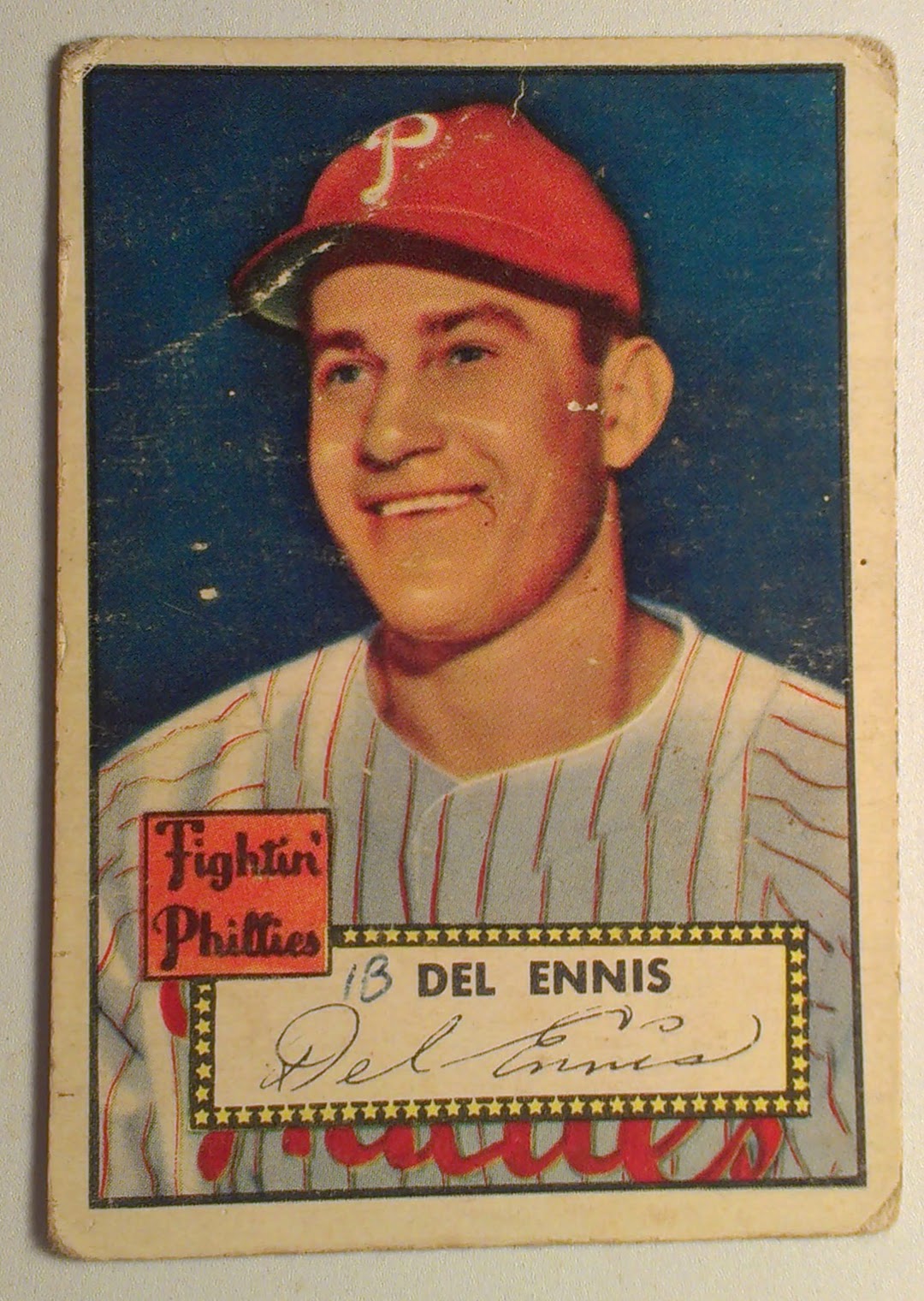 The above Del Ennis card at $4 was my favorite buy of the show. Yeah it has some A-side writing, but I can live with that. Rest of card is a bit soft and creased, but good enough for the Phungo Checker.

I picked the 52T Ennis up from Uncle Dicks Cards - One of my favorite vendors at the Philly show. Dick has thousands of vintage cards in my favorite condition - Loved. He also has cards in more pristine condition, but for me his off-condition cards are just fine for my Phils Checker and set collecting needs. He also has an fun crew at his side and there is often humorous banter at his stand. In addition Dick has several collector friendly touches, there are plenty of chairs, he has paint sticks laid out to help as markers for perusing stacks. Everything in his booth is tagged bright green which makes his stand easy to spot. 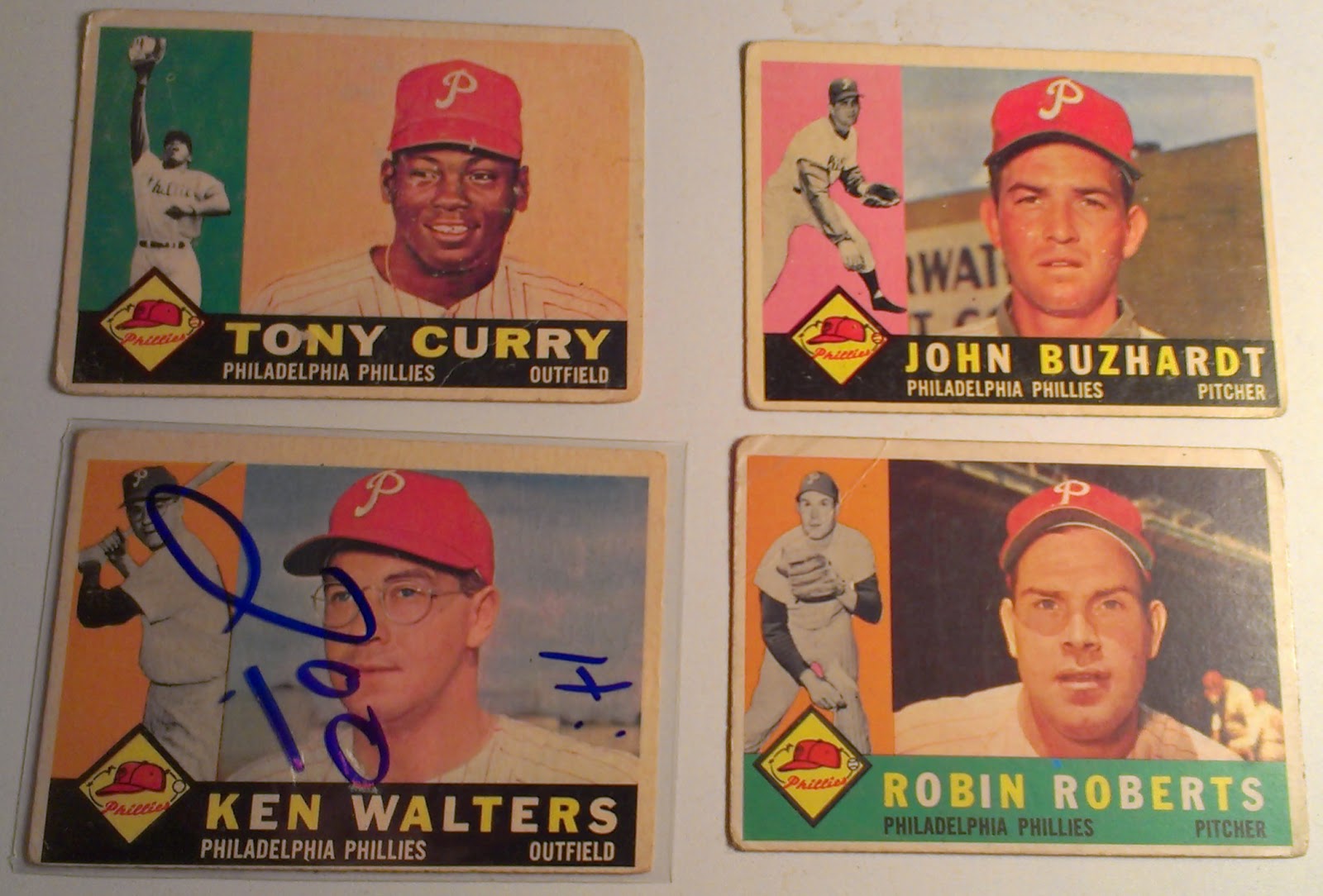 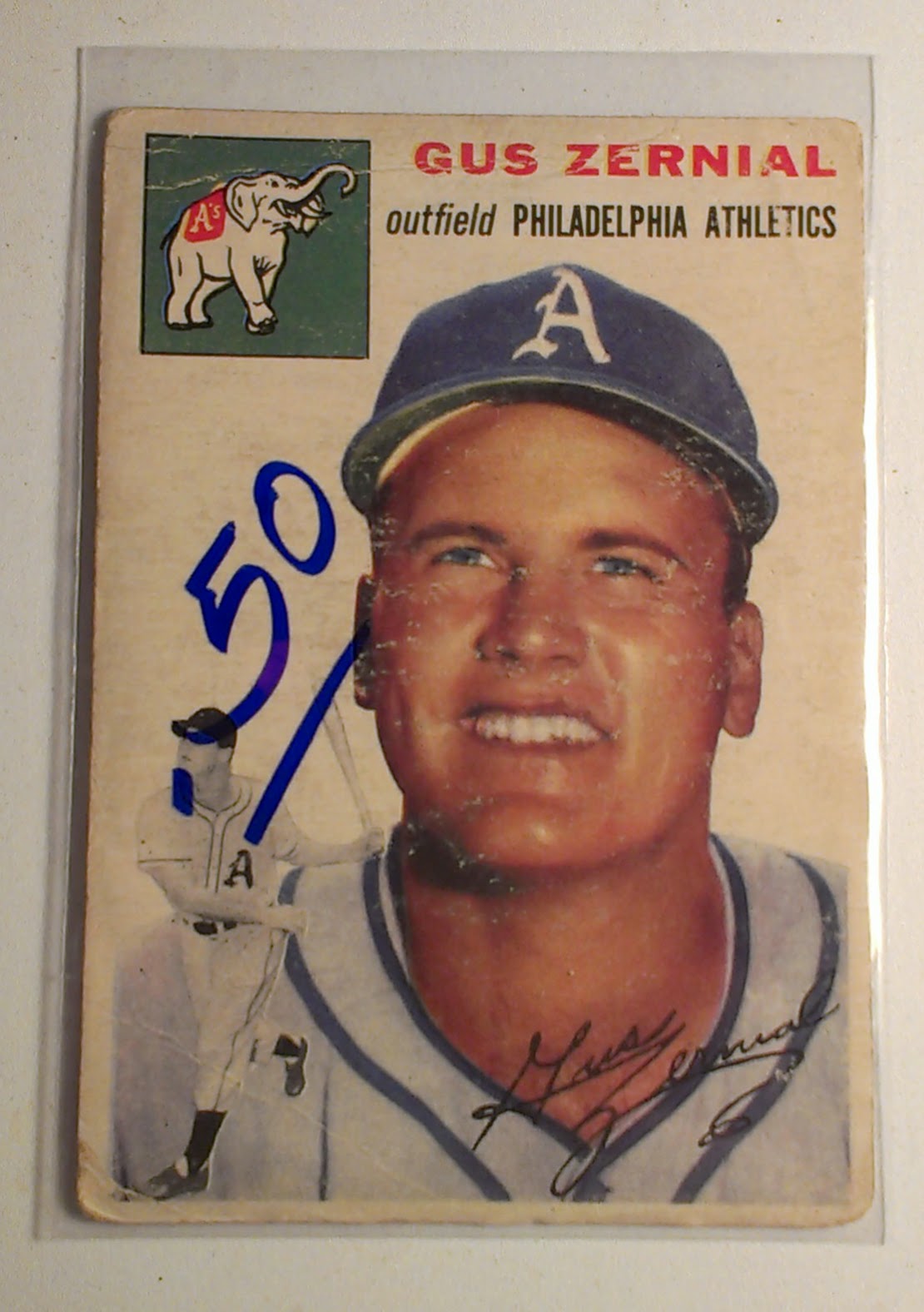 
I checked off five 1954 Topps commons which went for a combined $3. 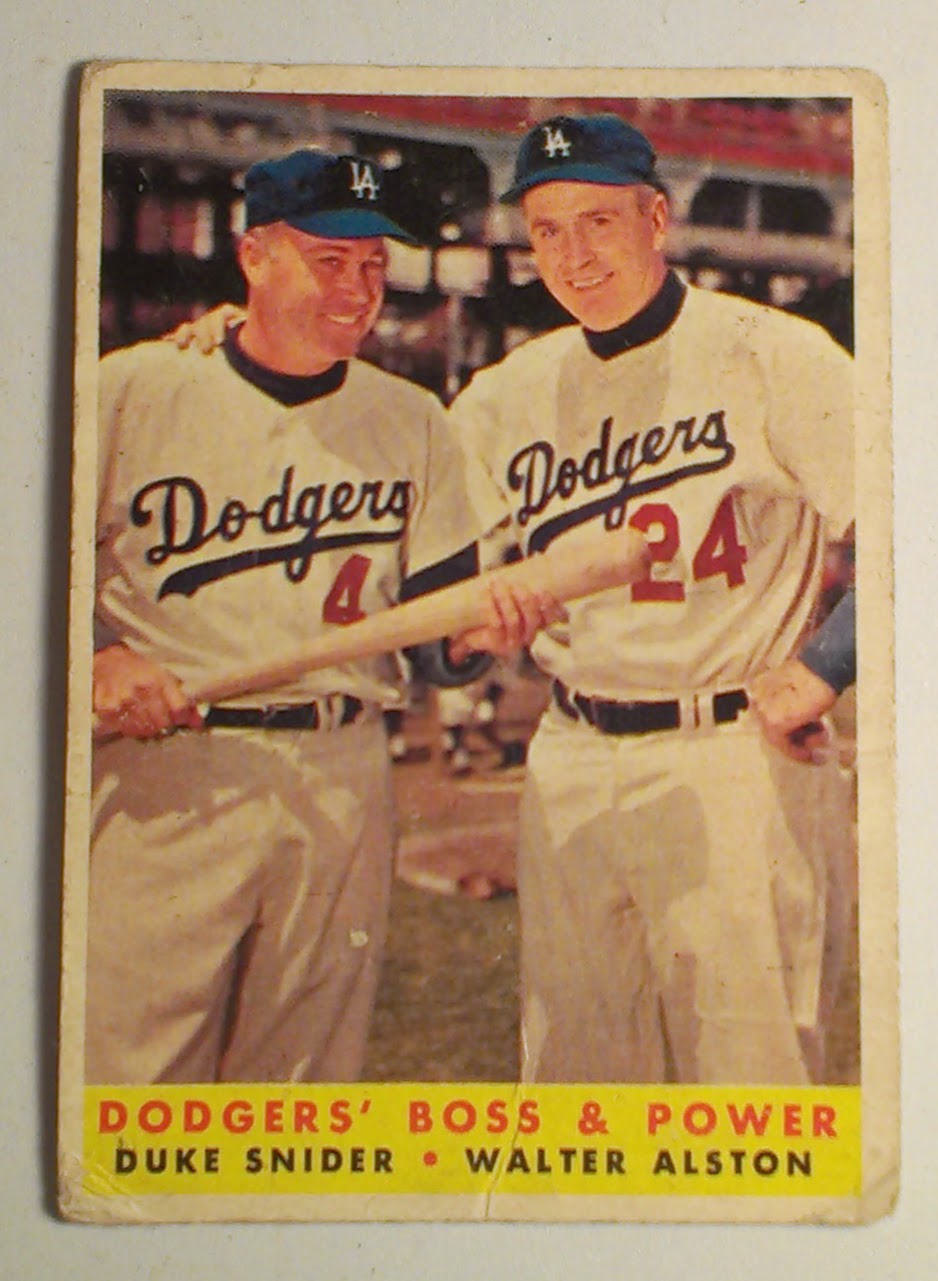 Picked up this manager/player card for my HoF collection. This card came in at $8 which was probably an overpay judging my recent ebay auctions.