Tonight the Nationals face elimination for a second consecutive game versus the Giants. The Scheduled starters for the contest are two hurlers who passed through the Phillies minor league system Ryan Vogelsong and Gio Gonzalez. 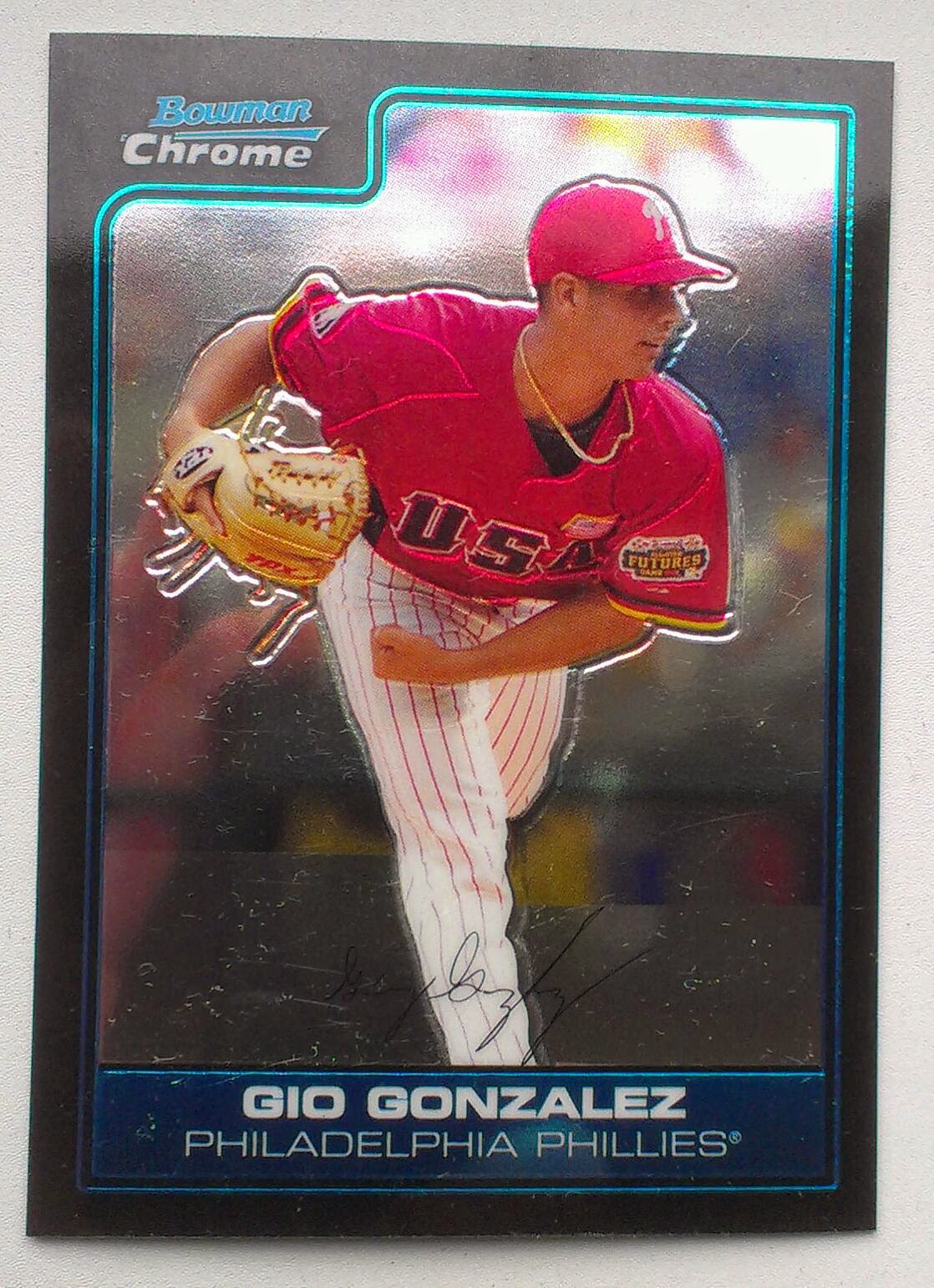 Giants starter Vogelsong (of Nearby Octorara HS and Kutztown U) spent part of the 2010 season with the Iron Pigs, while Nats lefty Gio Gonzalez spent the 2006 season with Reading between stints with the Chicago Whilte Sox organization.

I have always been a fans of Gio's, while I barely recollect Vogelsong's stint in the Phillies organization. Coincidentally, I will be pulling for Gonzalez in this game despite that fact that Vogelsong has all his local connections.

Bowman Futures Game Prospects
In a previous 2014 Playoff Cards post dedicated to the Pirates Neil Walker we included a short write up on the 2006 Bowman Futures Cards. To read that posting click here and scroll down. The above Gio Gonzalez card is a Chorme Parallel of the base card.