Wanted to take a break from all of our playoff card postings so we can put up a Phillies Card. This 1981T card is one of the Dimers that I picked up at the Valley Forge show. 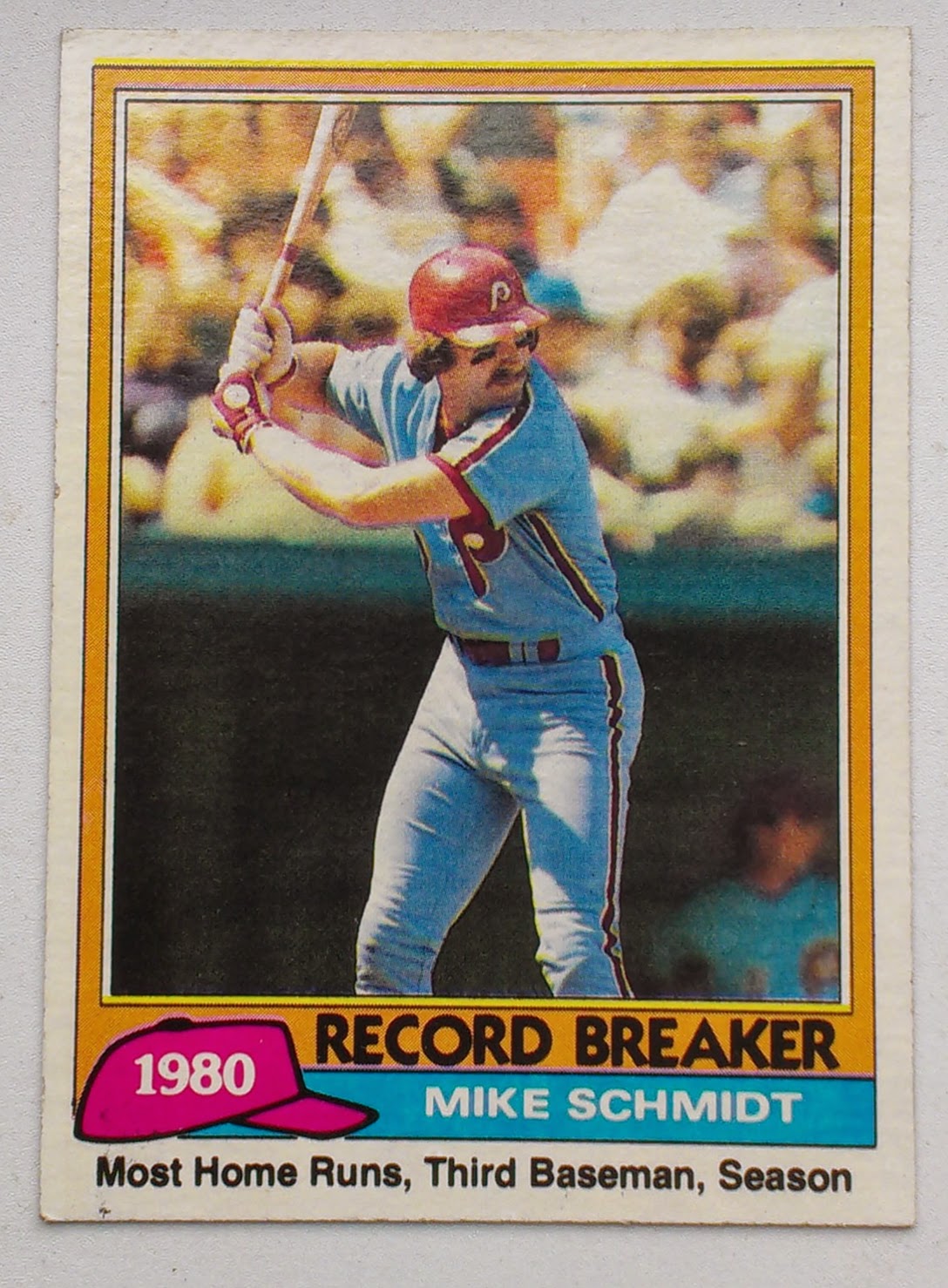 This card notes Mike Schmidt breaking the Home Run Record for third baseman. Schmidt hit 48 in 1980 breaking the record previously held by Eddie Mathews who hit 47 in 1953. Schmidt's Record Breaking Homer was hit in the Phillies NL East Clinching game versus the Expos.

At a different recent card show I ran into this: 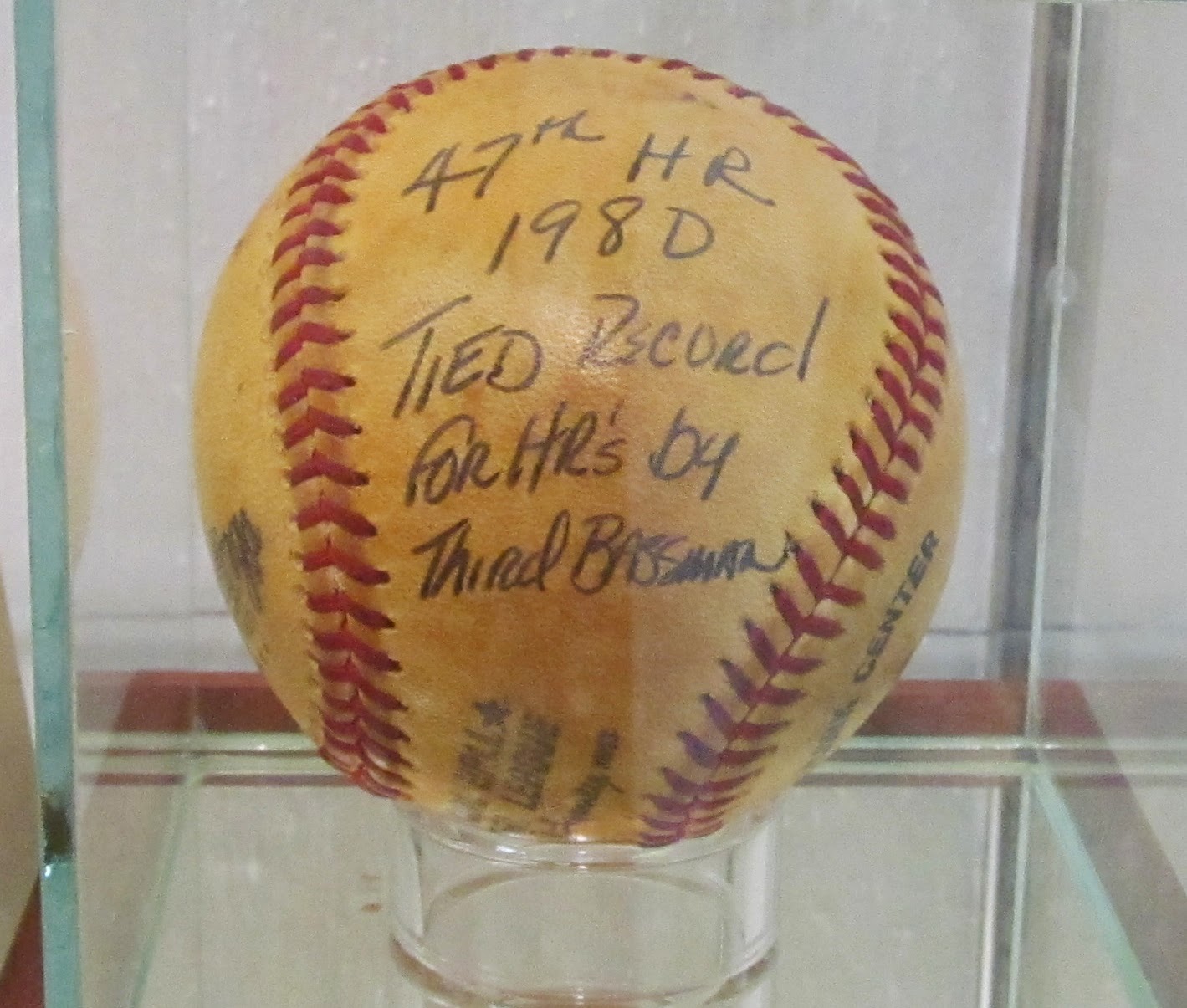 This Home Run ball is not the one that Schmidt hit to in the card referenced above. This is a Schmidt HR ball from the previous day when Schmidt hit his 47th homer of the season which tied Eddie Matthews