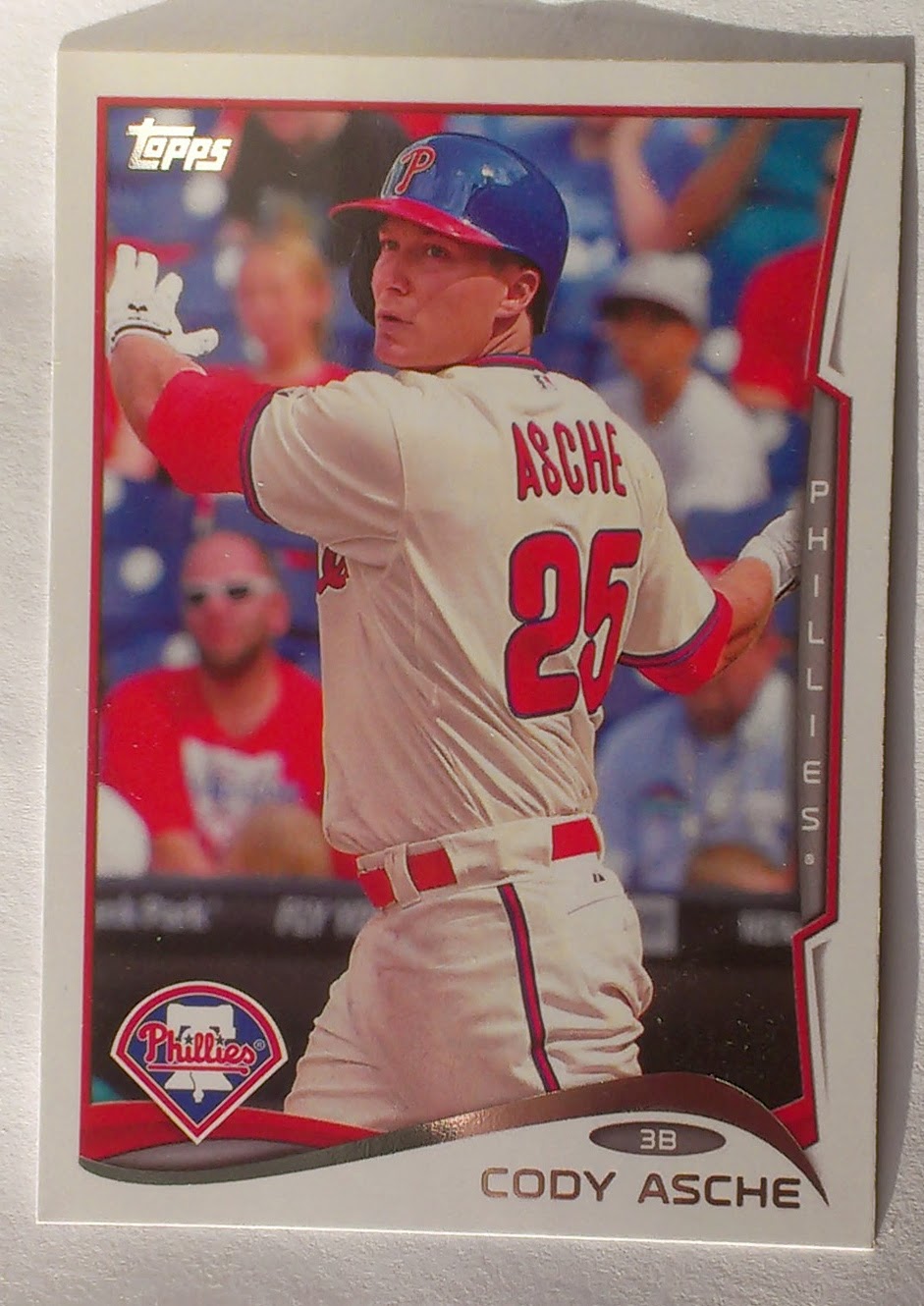 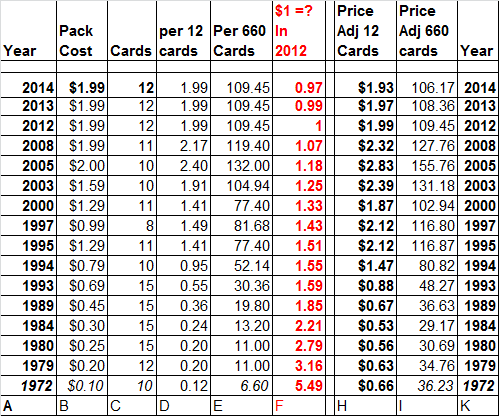 Key
Column B is the Price of a Pack in the referenced year.
Column C is the number of cards in that pack.
Column D is what a 12 card pack would cost (Everything is relative to 2012 Topps Cards)
In Column E I produce the cost for a 660 card set build from 12 card packs under perfect collation.  I used 660 cards as a constant because it was the basic set size in 2012.

Column H is the price of a 12 card pack with the inflation adjustument (product of columns D*F)
Column I is similar to H but for the 660 card set.

Observations
-To build a 660 card 2014 base set via Topps $1.99 12 card retail packs would cost 106.17.
-While building a 660 card set would cost one about 3 times as much as it did in 1972, the price of building a set really hasn't changed since 1995.
-I understand there are inserts and possible collation issues. I say trade people trade your inserts for base cards.
-The cost of 660 cards is slightly cheaper each of the last 2 years because Topps has maintained the  pack size and price point while inflation has been slight.
-Cards are cheaper then a decade ago by over 30%!
-This is because Topps went from a 10 card pack to 12 card packs AND reduced the price
-Despite Topps obtaining a monopoly on the MLB license  prices have dropped 16% since 2008. This is a difference of over $20 when building a 660 card set.

Bureau of Labor Inflation Calculator (For this article the inflation rates were captured on 2014 10 08 The data is approximately 6 weeks behind, the rates here would reflect data through end of August 2014 for a more in depth description click here)

Great analysis. On a side note, cards are better made these days. The photography is better and the quality control is better as well, particularly regarding mis-cuts.

Hackenbush, Excellent point. Some folks may argue that card quality is down, but in general Photography is much better. Production problems do occur, but my guess is that they are at a lower rate.