The Kansas City Royals return home tonight, Unfortunately for them they are down 3-2 in the best of seven series and facing elimination. Tonight in an effort to help the Royals extend the Series and the season we bring out a Hall of Famer for our posting. 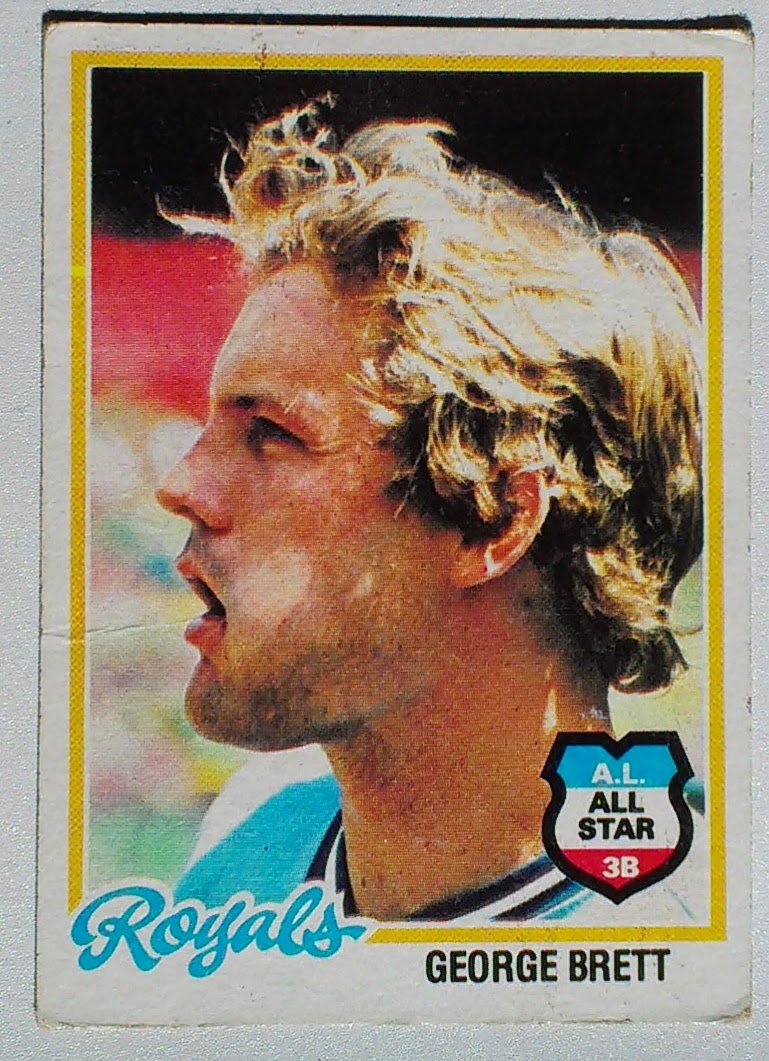 We have seen plenty of George Brett during the 2014 World Series and for good reason - 3000 Hits, 300 Homers and a member of the Royals 1985 World Series Team for whom he won ALCS MVP honors.

He is also the Royals only legitimate Hall of Fame Player. They have had a few other players make cameo appearances on the teams HoF register - Kllebrew, Cepeda, and Gaylord Perry - but none of them spent more than a season in Kansas City.

1978 Topps #100
1978 was the first time that George Brett checklisted a Hero Number. It was an honor that Topps gave to Brett 10 times during his career including his return to card #100 in 1985. At one time or another Brett occupied every Hero Number between 100 and 700.

I like a couple of things about this card, first George appears to be enjoying a nice pinch of chewing tobacco - that may be a no-no on a modern baseball card. Secondly I like the All-Star Shield used in 1978T. I believe it is the only year that style of flair was used for All-Stars, it has always evoked a Interstate route number sign for me. 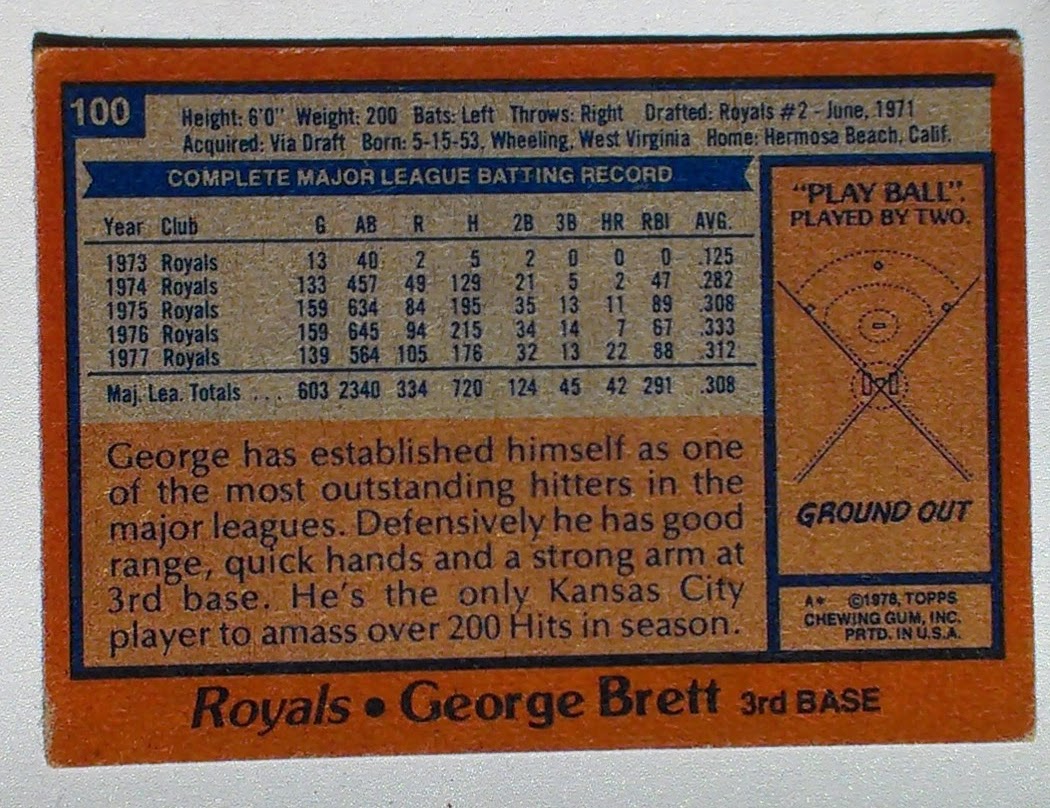