An outfit known as Fanatic Authentics is hosting an autograph show in Oaks PA this weekend. 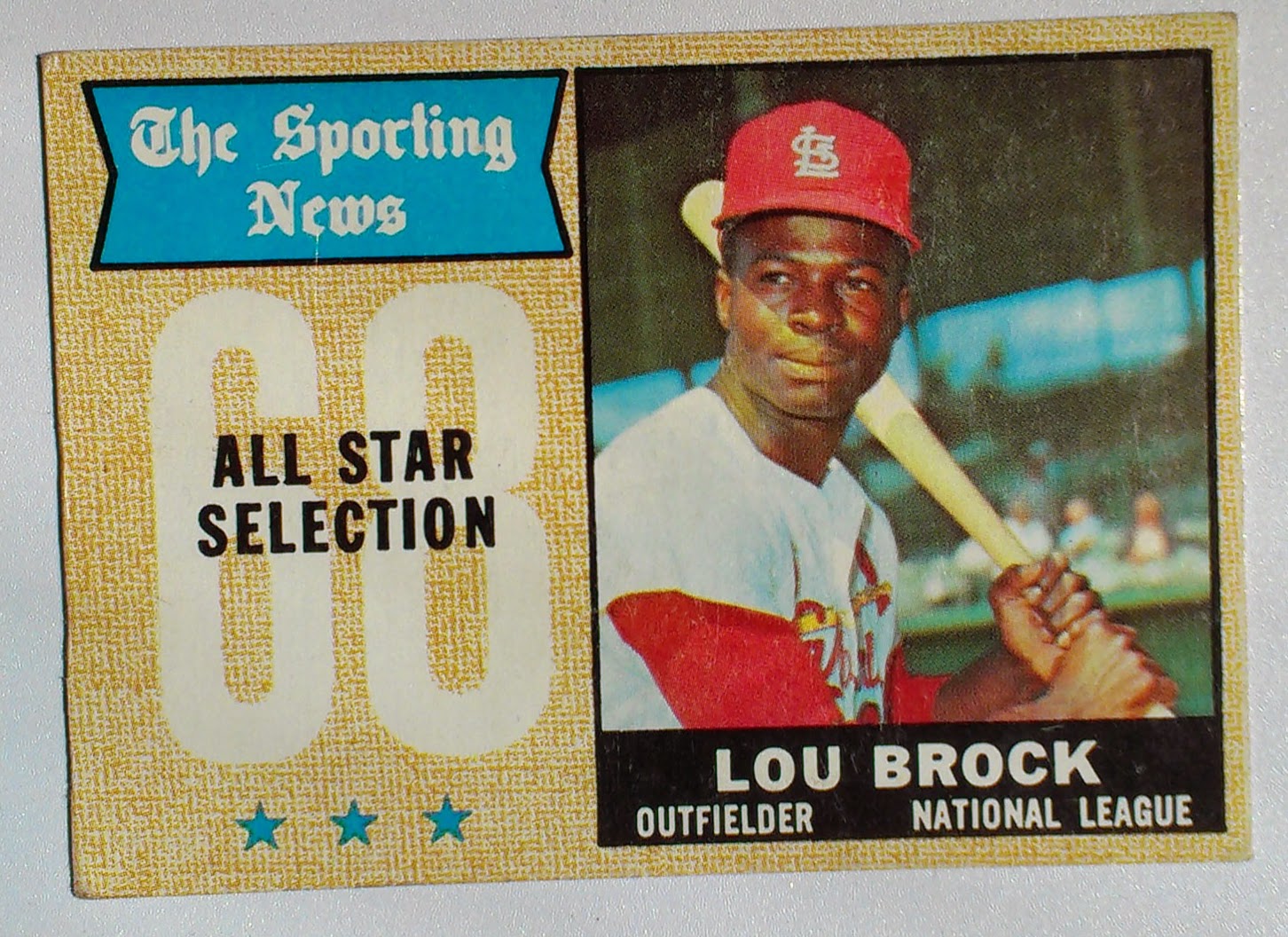 One of the highlights is a bunch of Hall of Famers that are expected to appear Sunday including BOB GIBSON, Johnny Bench, Andre Dawson, Tony Perez and Lou Brock
In conjunction with our playoff cards postings we have chosen Lou Brock as our featured card among this HoF Lot.  Brock may have started his career with the Chicago Cubs, but he is best known as a St Louis Cardinal. Throughout my childhood Brock was the stolen base king and he finished his career first on the all-time list with 938 thefts. Brock was more than a base stealer over the course of 19 seasons (16 with the Cardinals) he accumulated 3023 hits, good enough for 24th on the all time list.

1968 Topps All-Stars
The 20 card 1968T AS subset runs from #361-#380. In addition to Lou Brock there are three other Cardinals are in the Set, Orlando Cepeda, Tim McCarver and Bob Gibson.

The 1968 Topps AS subset is especially fun for Lou Brock fans as the backs of the cards for NL Representatives are a puzzle that when constructed correctly build a picture of Brock.
Unfortunately The Phillies are not represented in the subset.

FREE
As part of the Friday Signing Hall of Fame Pitcher Fergie Jenkins will be signing autographs for FREE. For those folks that would prefer a local auto, you have an option for one of 3 other players as your free auto (Pete Incaviglia, Darren Daulton or Von Hayes)