Congrats To Hunter Pence and the San Francisco Giants

Despite the Phillies not being involved and the Baltimore Orioles getting swept by the Kansas City Royals I really enjoyed the postseason.

This morning we featured a card to note the Royals fine season, tonight we recognize the champions 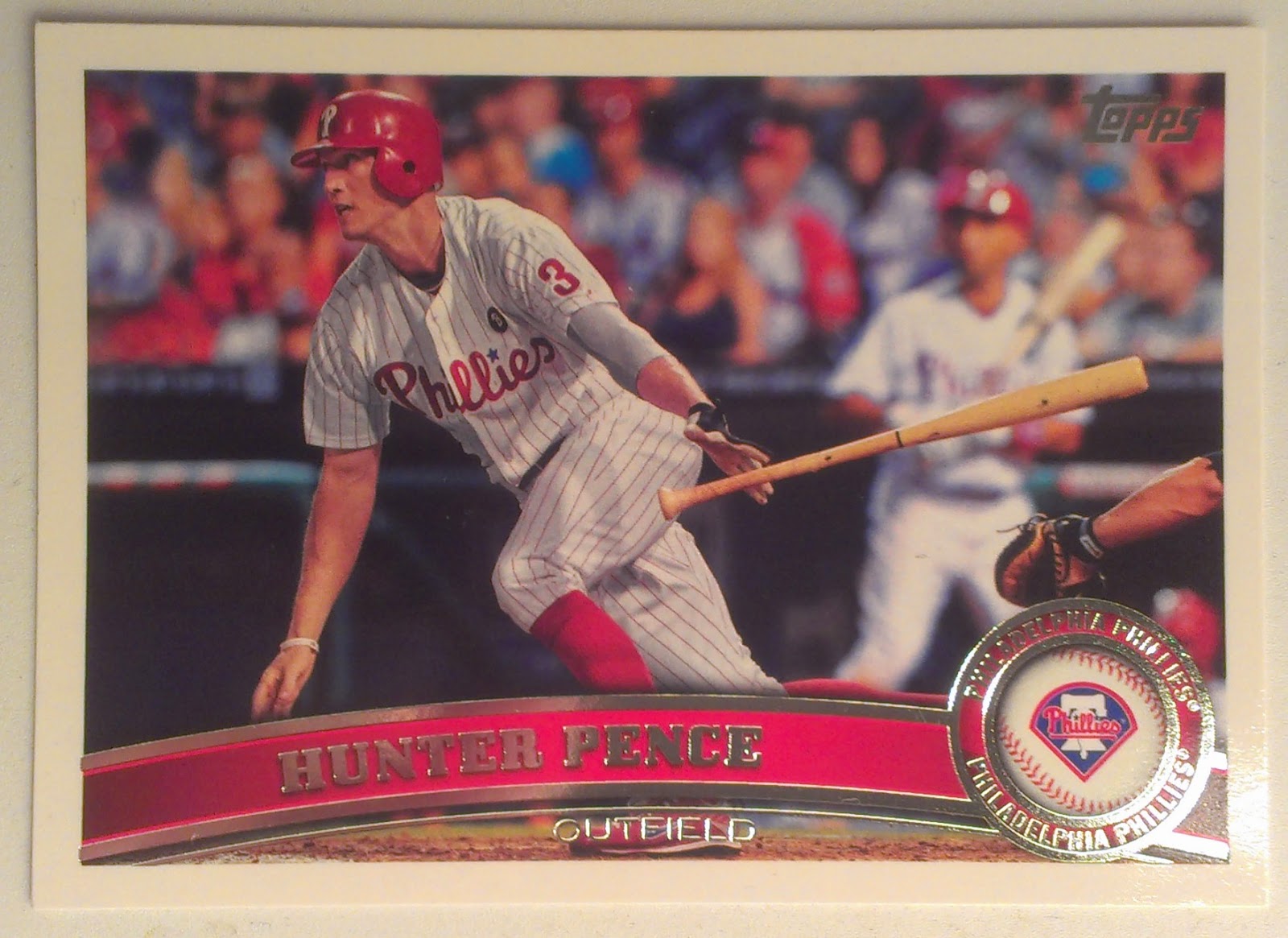 Yes, For 15 Minutes Hunter Pence was a Philadelphia Phillie. In a different world Hunter Pence is still with the club and they have won 3 more championship.

That, of course, did not happen. Regardless I am happy for Hunter Pence. He seems likea  great guy, Things have worked out well for him with the Giants, and he has had a pretty decent 2014 playoff.

2011 Topps #US92
I like this card for our final 2014 postseason card. It shows one of the series heroes with the Phillies, AND it also shows Raul Ibanez lurking in the background. Ibanez wasn't on the Royals World Series team, but he was on their 2014 squad and was in the dugout for the Series. Fox featured him during in game interviews. Raul Ibanez like Hunter Pence has always seemed to be a professional person and player who can offer something to a team, even if he cannot contribute on the diamond. I am glad the the Royals made him part of the festivities.

2014 Playoff Postings
This concludes our 2014 Playoff Postings series. We have covered all 10 teams and featured 27 cards. During the series I tried to feature interesting and topical cards. An index of all the cards can be found here. Hope you enjoyed it.

The OnDeck feature for Phungo is an analysis of the 2015 Hall of Fame candidates. We have reviewed a few of these already including Tom Gordon & Scott Eyre (for the playoff series) , John Smoltz. and Pedro.