Got the news via some FB friends that the frontman for Paul Revere and the Raiders died yesterday at the age of 76. I never got to see the Raider, nor do I have any of their albums, but I would like to mention that "Indian Reservation" was an important part of the soundtrack of a crazy roadtrip and I was involved in during my college days. 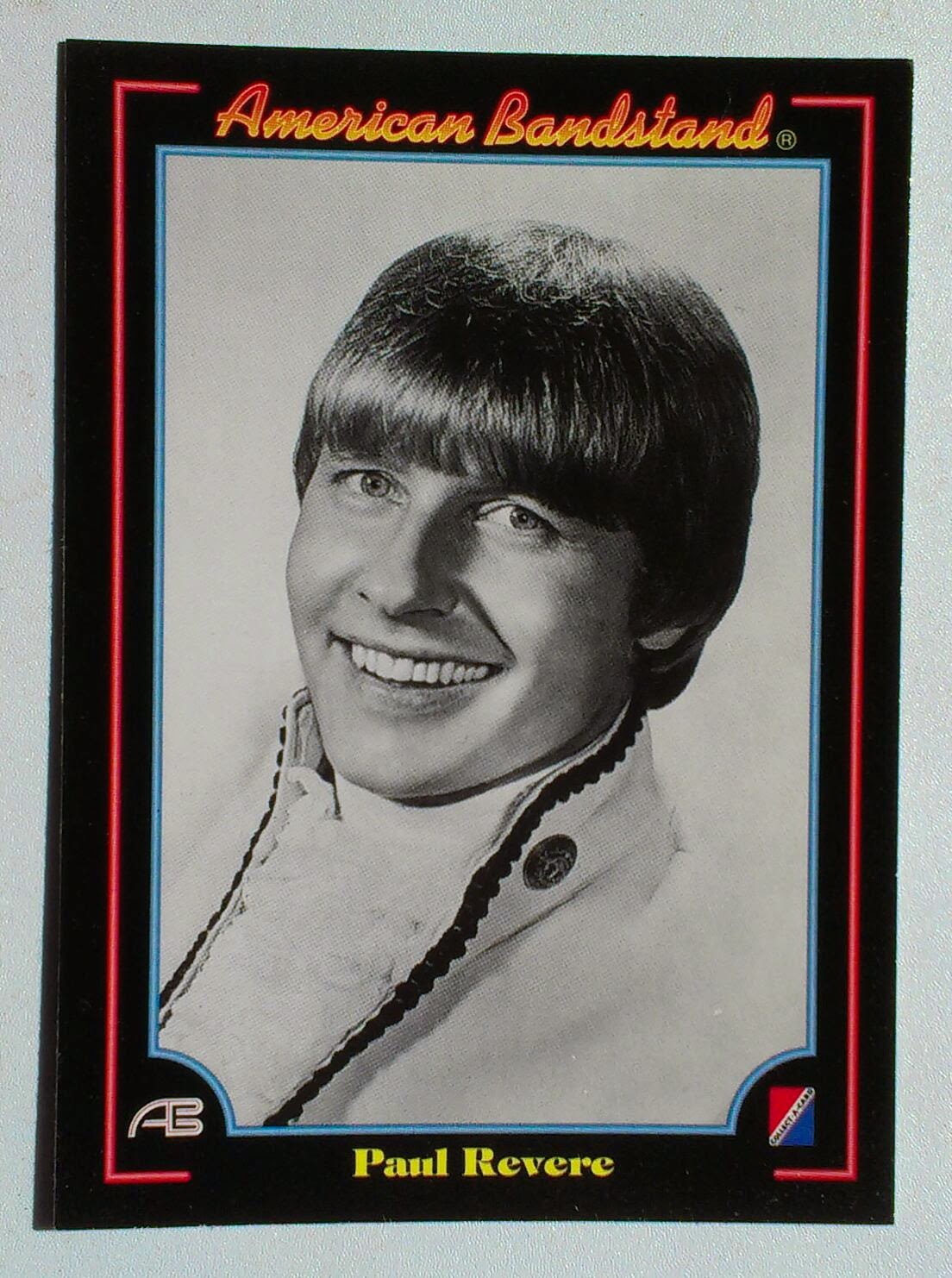 Some Quality info on the flip side of the card. 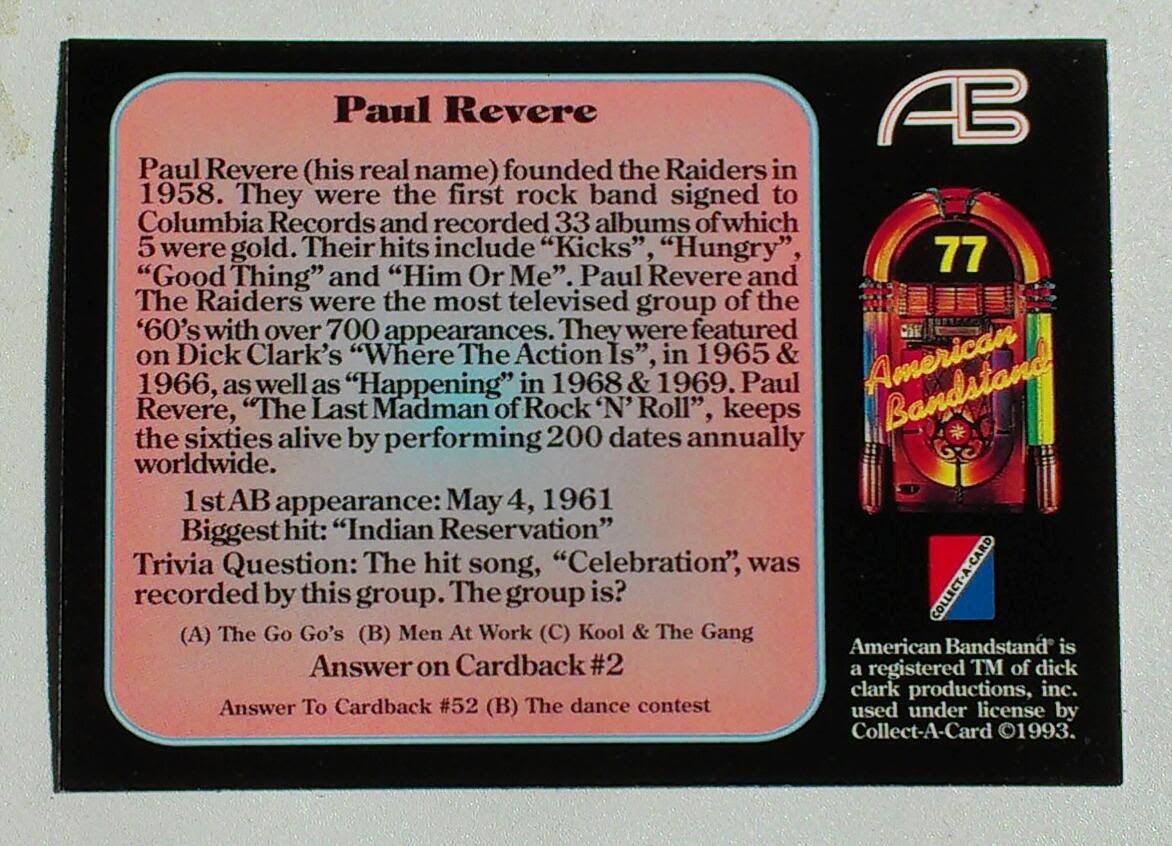 For pop culture/music fans like myself the 1993 American Bandstand is a fun little set, for a bit more info on the set check the index in the Links below

The Examiner
Paul Revere & The Raiders
Posted by deal at 12:11 PM

The stars must be aligned. I just busted a box of this stuff this morning. Bought it last weekend at a card show.

If you're bored, here's the link to my writeup: