February 18th would have been Joe Gordon's 100th birthday. Not very often we get that milestone out of a Hall of Famer. 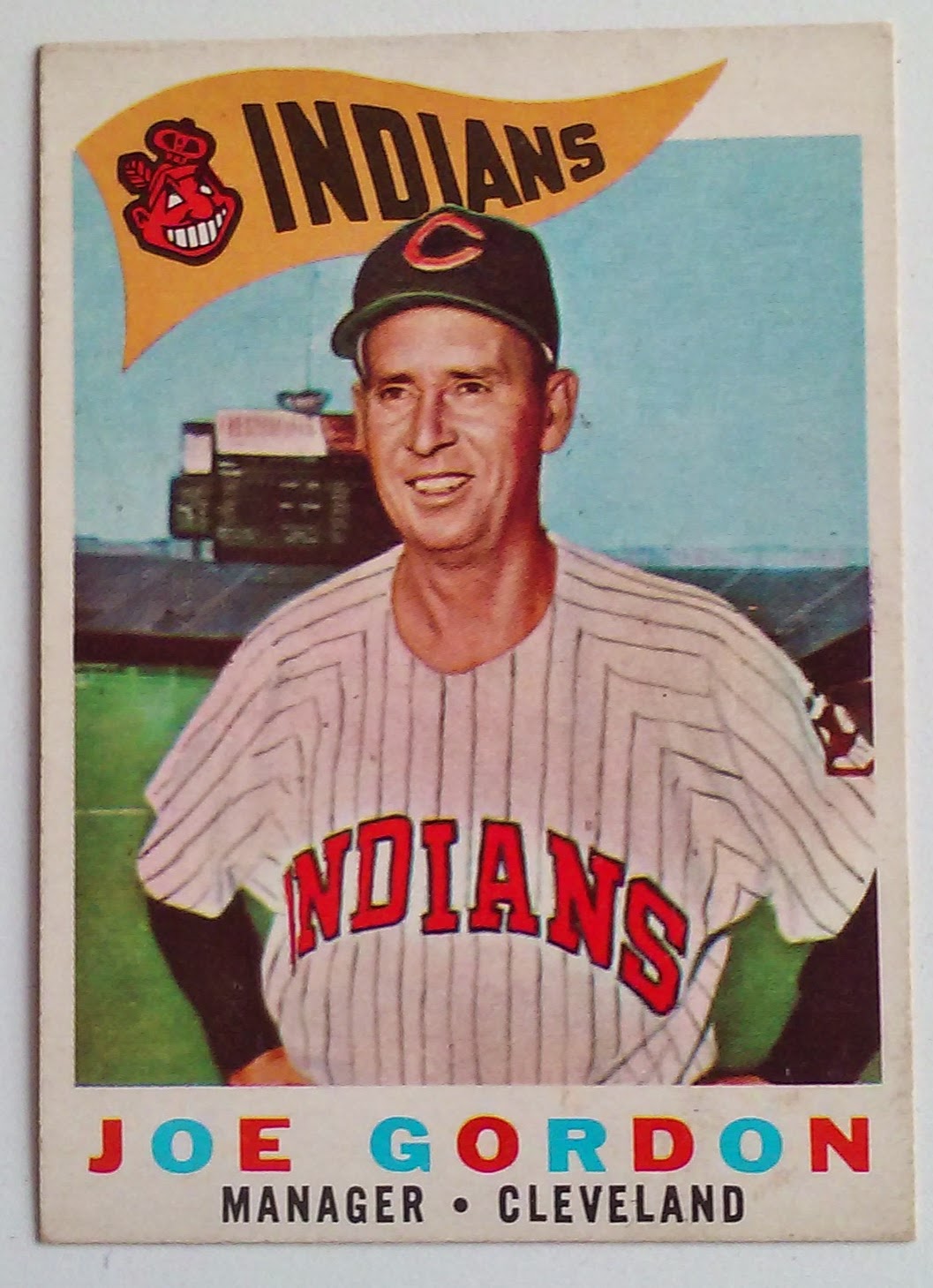 Joe Gordon was an 1940s era second baseman who played with the Yankees and Indians. His name frequently comes up when analyzing the Sim Scores of Chase Utley.

Gordon was not an original BBWAA Hall of Famer. He fell of the ballot in 1970, eventually getting the nod from the Veterans committee in 2009. 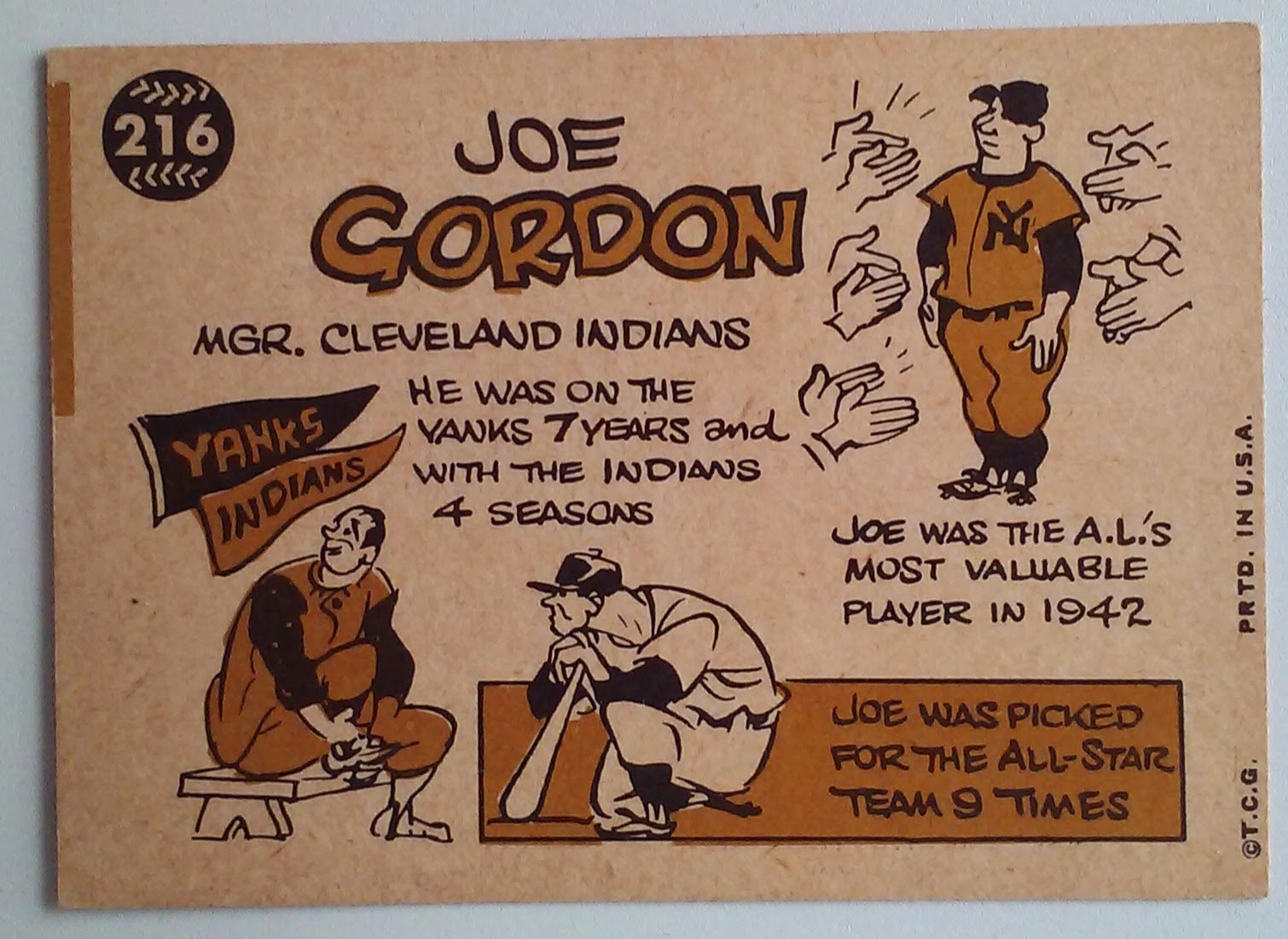 The flip of Joe Gordon's card has a couple cartoons that detail his Hall of Fame accomplishments.

During Gordon's 1942 MVP campaign he was 2nd in the league in WAR to Ted Williams, finishing in the top 10 in BA, OBP, Slugging, Home Runs, RBI and dWAR.

In addition to his MVP trophy, Gordon had lots of team hardware: Between 1938 and 1948 Gordon was part of five World Championship teams four with the Yankees and one with the Indians.

The strongest argument for Joe Gordon being in the Hall of Fame is not his MVP or World Series Ttiles. When Larry Doby became the first African-American player in the AL, Gordon was one of the first players to welcome Doby to the team.

While most players were cordial, a handful refused to acknowledge Doby or even shake his hand. Doby's feeling of isolation continued after the team moved to the diamond to warm up before the start of the game. "I felt all alone. When we went out on the field to warm up, to play catch, you know the way we always did, no one asked me to play. I just stood there for minutes. It seemed like a long time," recalled Doby. "Then Joe Gordon yelled, 'Hey kid, come on. Throw with me.' That was it. Joe Gordon was a class guy. He'd been a Yankee and the others looked up to him. So when he reached out to me, it really helped."

1960 Topps
The same image of Gordon is on his 1961 Topps card however, the cap is airbrushed to show him as the Manager of the KC Athletics.