I saw two of the 2015 Best Picture Oscar Nominees. One of those was "the Grand Budhapest Hotel"

As a Wes Anderson fan I try and see most of his films. Budapest delivers a lot of what Anderson fans want, strange characters, unique camera angles, and favorite actors - like Bill Murry.

It is a good movie and a fun ride but not up to Rushmore or Tenenbaums status. The film doesn't have a pop soundtrack in the way that my favorite Wes Anderson films do, the music is good, just not my style.

If the film receives the Oscar I believe it is more for Wes Anderson's body of work than this specific film. 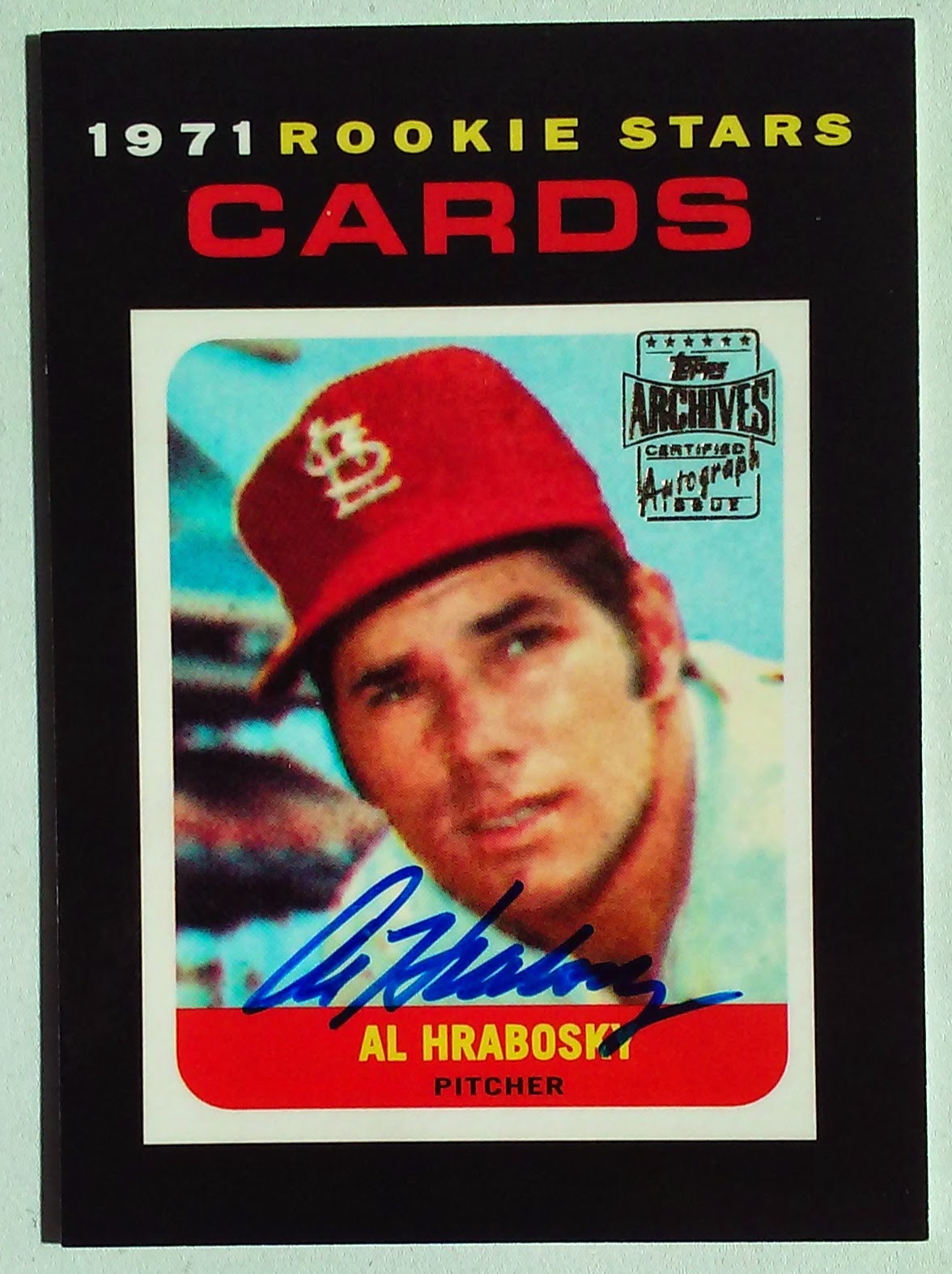 How does one come up with a card to represent a non-baseball, non-sports movie?

Budapest is the capital of Hungary which directed me to one of the more colorful ballplayers of my youth, the Mad Hungarian - Al Hrabosky.

Hrabosky pitched 13 MLB seasons, most of which were with the St Louis Cardinals. He tallied 97 career saves including a leading the league with a whopping 22 in 1975. His lone playoff year was 1978 when he was the closer for the Royals who lost to the Yankees in four games.

Today Al Hrabosky works the broadcast booth for the St Louis Cardinals. He has been a color commentator on TV for the team since 1985. Hrabosky is an active member of the St Louis community and is involved with several local charities. 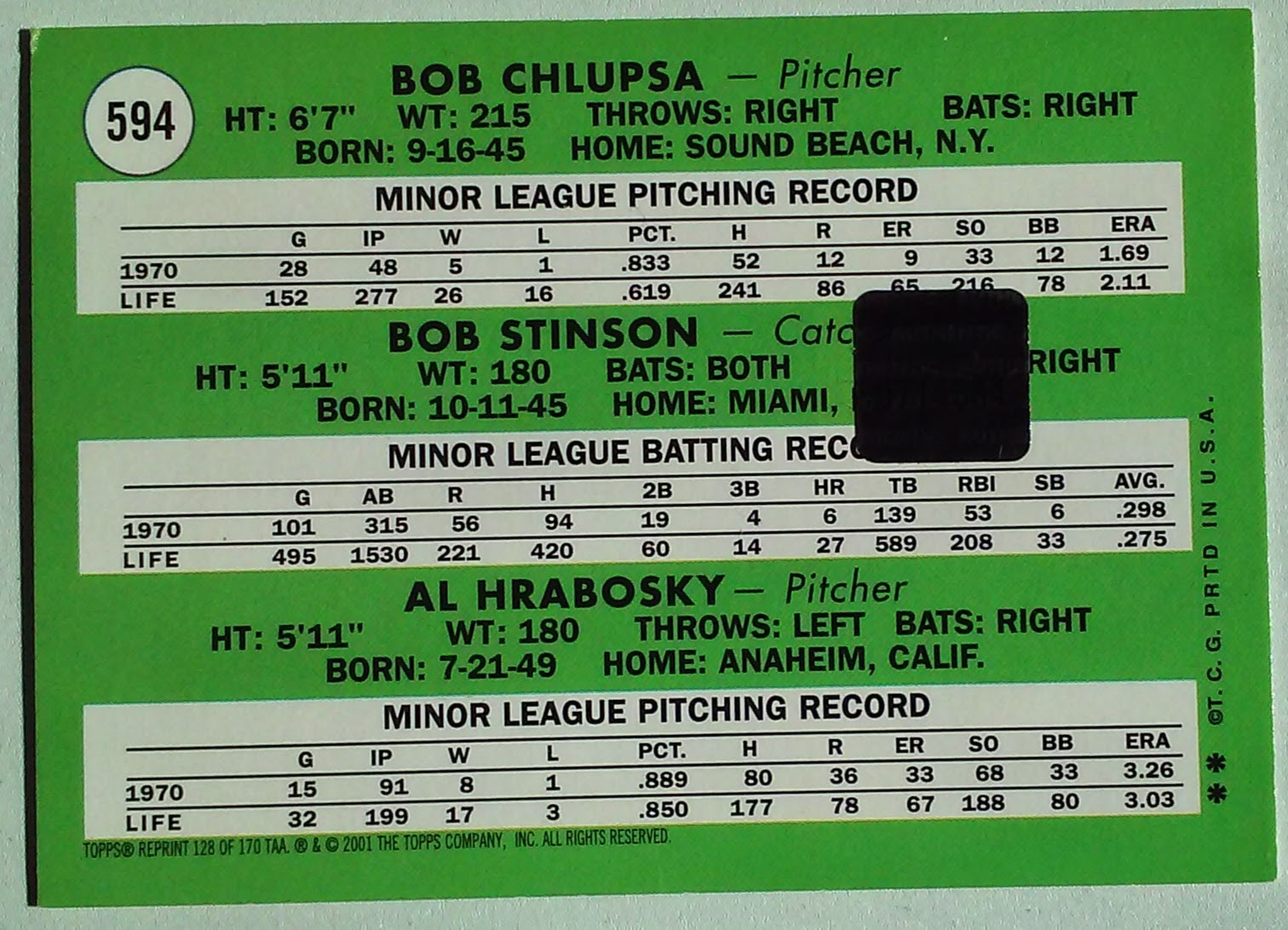 Topps Archive featured reprints of popular MLB alums on their rookie and final cards. With Hrabosky we have a bit of a curiosity. His first card was a rookie stars triple photo. For Archives Topps elected to place only Hrabosky's photo on the front, while maintaining the integrity of the back.

One of the drawbacks of going with the full photo on the front of the card is that apparently the negative for the picture was not detailed enough to fill the frame. While the photo on the original 1971T Card looks ok, it is a bit blurry on the 2001 Archives reprint.