Social Media outlets can suck up a lot of time and for a procrastinator like myself they are quite dangerous. .

However, occasionally something pops on Twitter that gets my attention in a good way. 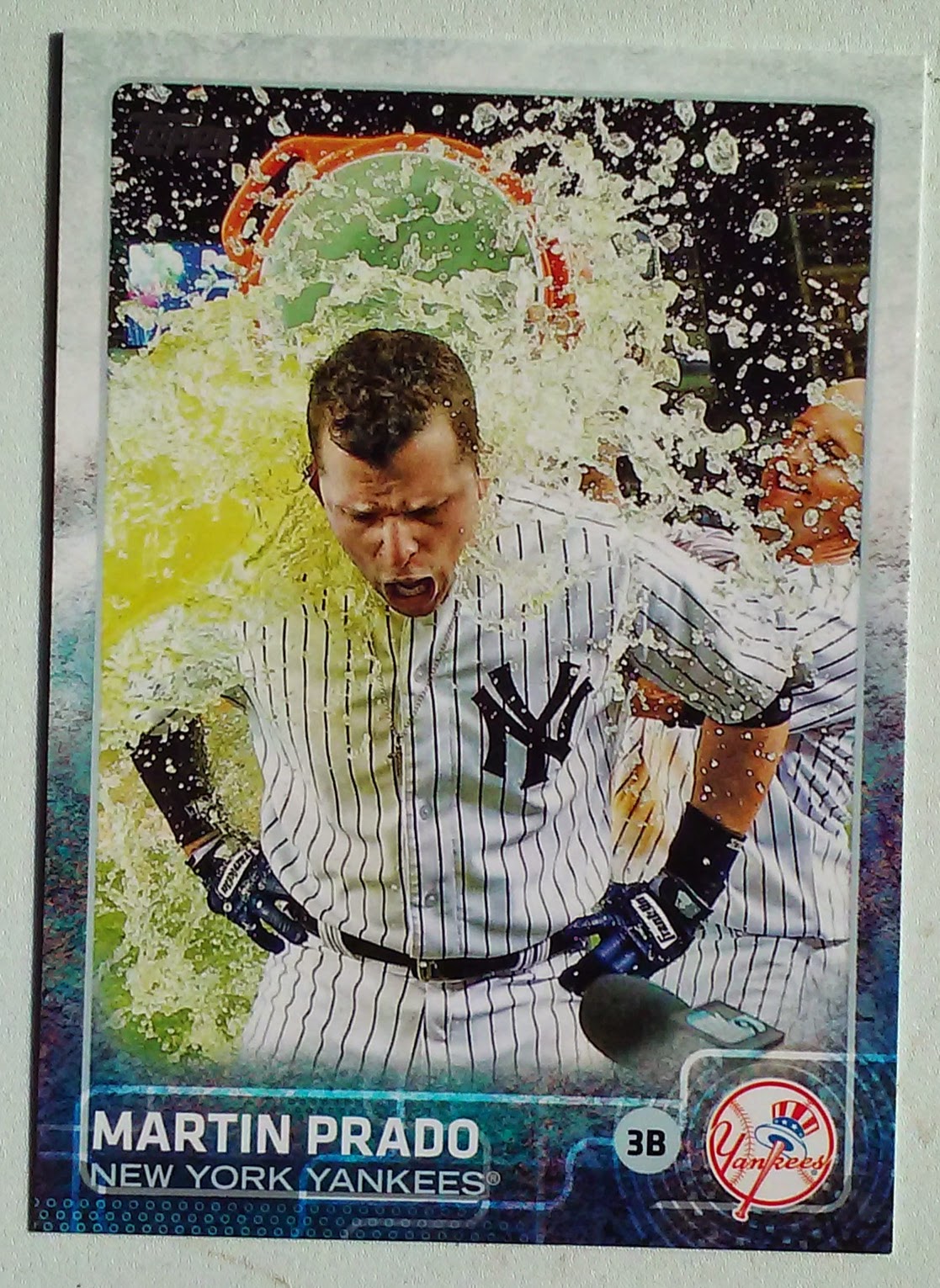 Paul of Paul's Random Stuff was tweeting some 2015T cards and he posted the above card. There are so many variations in 2015T I did not know this one existed. But I am glad the card exists.

Now one may ask, what does Team Phungo want with a 2015T New York Yankees card of a player that only wore the uniform for about a week.

Well this card, which is a variation of Prado's 2015 base card, is going into my very special Phungo Games Colleciton.

Last September Team Phungo made a special trek up to the Stadium to see Derek Jeter play in his home park one last time. For more details on that game click here.  The Captain had an uneventful night (1-5) but Martin Prado had a terrific game 2-5 with 3 RBI including a game winning single - which led to the Gatorade Bath above.

A Big thanks to Paul for adding this card to my favorite collection!

2015 Topps
I am picking a nit here but as a Yankee Martin Prado played more second base than third. This card is a "Special" card featuring a photo from a specific game in which Prado played second. In Topps defense the bulk of Prado's time with  the D-Backs was spent at third.