This the other nominee that team Phungo checked out this year. Linklater like Anderson is another filmmaker whose career I have followed. I have seen the the Before trilogy (including Waking Life which includes an obscure scene related to Before...) and I loved Slacker.

I saw Boyhood in the theater and look forward to seeing it again. A few years from now I see this film getting heavy rotation on the USA/TBS/TNT circuit - think Shawshank. I would have to see it again, but I think the scenes will keep the viewer there until the commercial, and get you to return afterward.

Boyhood has gotten press regarding how the movie was filmed over a 12 year period. I think this is a bit of diservice to the film. Yes the process is ambitious and complicated, but focusing on the method misses out on some of the films other qualities. There are several interesting stories with the "non-story" All the characters grow up, not just Mason. It is obvious that the father (Ethan Hawke) is a man-child, but we also get to see Patricia Arquette's character grow up as well.

When you think about it the filming over 12 years idea is really just a fiction version of the Seven up! documentary series. 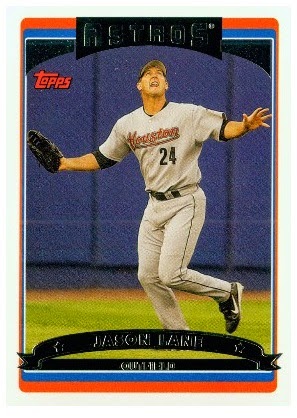 There is a scene in the movie where Ethan Hawke takes the kids to a baseball game between the Milwaukee Brewers and the hometown Houston Astros. It is apparent that they shot a live game. I did some research in an attempt to find out what game it was, but was unsuccessful.

Fortunately, I was not the only baseball/film nerd that needed to find out this information.  Spencer Bingol did the research and figured out that Linklater took a bit of creative license with the actual events.

Jason Lane really did hit a Home Run off of the Brewers but it was not a game winner. In fact it was in a game that the Astros lost.

The game was played on August 18th 2005, during Houston's NL Championship campaign. Roger Clemens had the Astros up 2-1 after 6, but the Rocket fell apart in the 7th. A mix of line drives and walks led to four Brewers runs and that was it for the Astros.

Richard Linklater 2015
Prior to becoming a film director Richard Linklater went to Sam Houston State on a baseball scholarship. Later this year Linklater returns to the diamond for his upcoming film That's What I'm Talking About, about, yep college baseball - preview copy describes it as a spiritual sequel to "Dazed to Confused"

Jason Lane
The photo on Jason Lane's 2006T Card was likely taken during the 2005 season, which puts it in the time period of the Boyhood clip. Lane is in a road uni on the card so it is definitely not the same game as the film, but captures Lane in the the era.

After being out of Major League Baseball for seven years, Lane returned in 2014. However, he didn't make his return as a power hitting outfielder, he came back as a pitcher. In 10+ innings for the Padres Lane gave up only one run while picking up six Ks. He is among San Diego's non-roster invitees for the 2015 season.