This feature has extended into year two so this is really 1964 Phillies at 51 but I have decided to stick to the original title. My Blog My Rules. 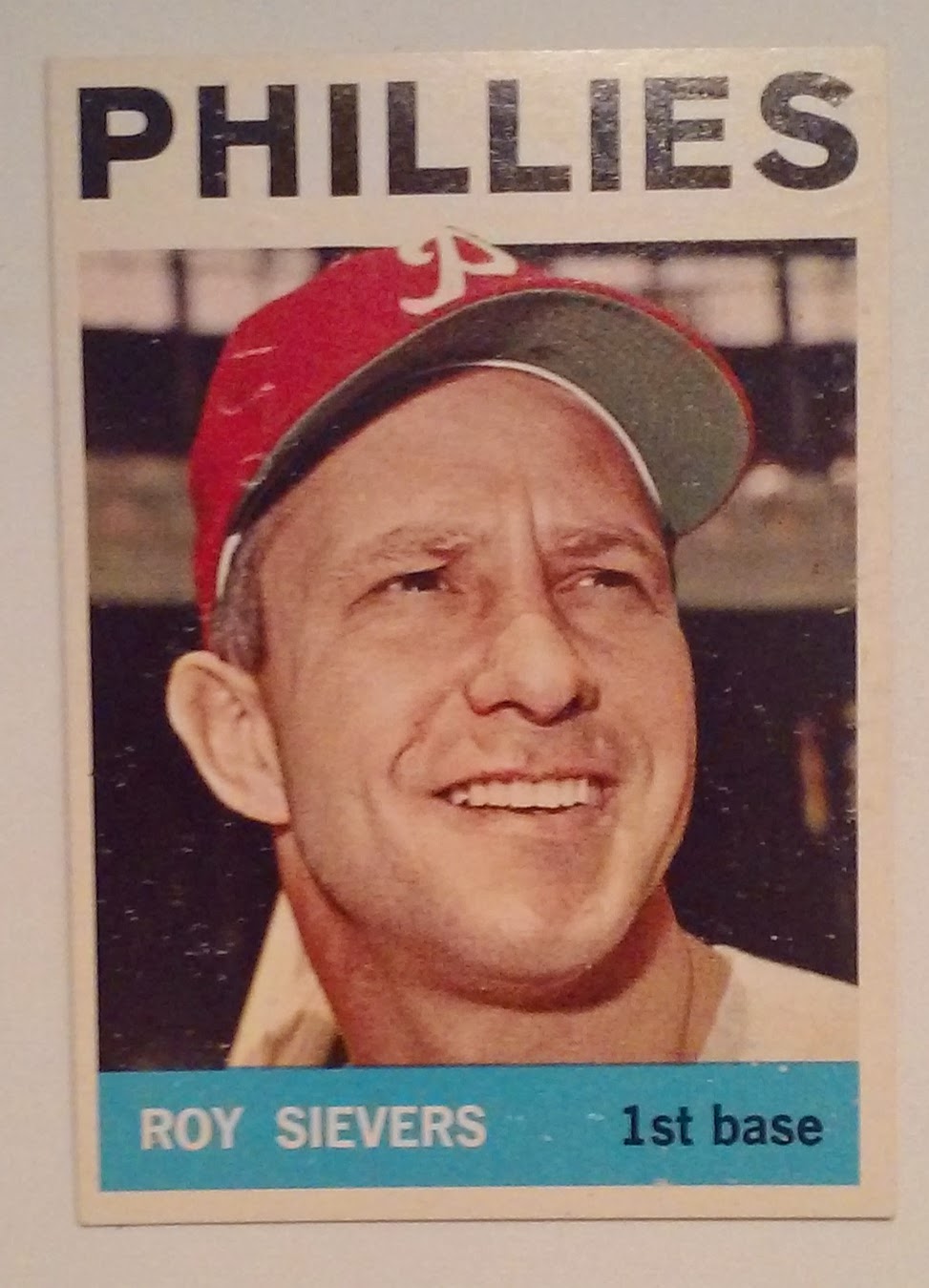 Yesterday we returned to our 2014 series on the 1959 Baseball Thrills Subset and discussed Roy Sievers 42 home run season in 1957. Today we move forward seven years and find Sievers at age 37 and playing for the Philadelphia Phillies.

Roy Seivers came to the Phillies prior to the 1962 campaign. His all-star seasons were behind him, but he remained productive combining for 40 homer runs and 160 RBIs in 282 games during his first two seasons with the club.

Unfortunately he was unable to contribute during the Phillies near miss 1964. Sievers batting average fell to .183 with and OPS+ of 66 - The position ended up being a revolving door for the 64 Phils, with John Herrnstein and his .234 average with 6 homers leading the team in games at first.