There are a couple of special cards in the 1966T set that include 2 or 3 teammates. 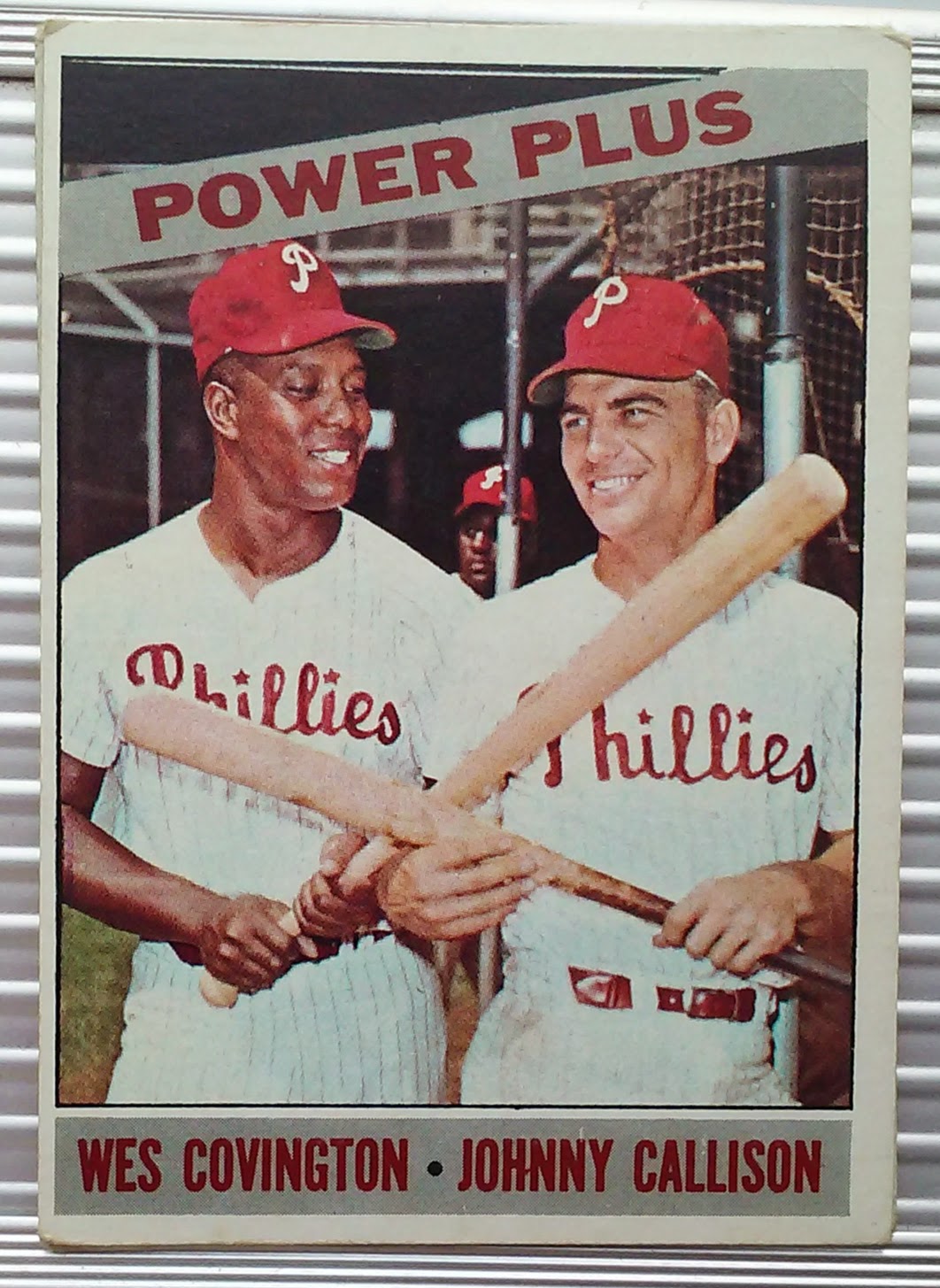 At card #52 we have the first of the combo cards which happens to be dedicated to the Phillies. Johnny Callison is a worthy subject for a card titled Power Plus, not so sure about his partner.

Wes Covington was coming off a 1965 season in which he hit 15 homers and tallied 45 RBIs. Which I would consider unremarkable power numbers even in the pitching centric middle 60s. Other candidates for the card could have been Dick Allen (20 HR, 85 RBI) or Dick Stuard (28/95).

In addition it was Covington's last season with the Phillies, he was traded during the off-season and was likely gone by the time this card was issued.

During the clubs fateful stretch run manager Gene Mauch elected to frequently use a platoon in Left field. Following the teams collapse Covington was very unhappy and he would eventually ask for the aforementioned trade.

One of the more humorous parts of an extremely interesting SABR Bio by Andy Sturgill mentions that Covington had already spent his World Series bonus money. He purchased a rifle which he brought into the clubhouse and declared "This is for the sportswriters"

Fortunately for Wes Covington he was able to make the postseason both prior to and after his Phillies tenure. He won a World Series withe 1957 Milwaukee Braves and returned to the series with the club the following season. He also got a pinch hit appearance in the 1966 Series with the Dodgers who lost to the Orioles.

1966 Topps Combos
Sorry drifted into our 1964 Phils coverage there, now back to our regularly scheduled post.

You may have noticed I had a Question Mark in the title, that is because I am not really sure one should call this theme a subset.  There are 5 combo cards in 1966 Topps with no apparent rationale for the players or teams. All 5 cards appear in the first couple of series. The four other teams repped are the Pirates, Giants, White Sox and Astros.

Willie Stargell is the only Hall of Famer in the subset with each card containing a player that is somewhat comparable to Johnny Callison. 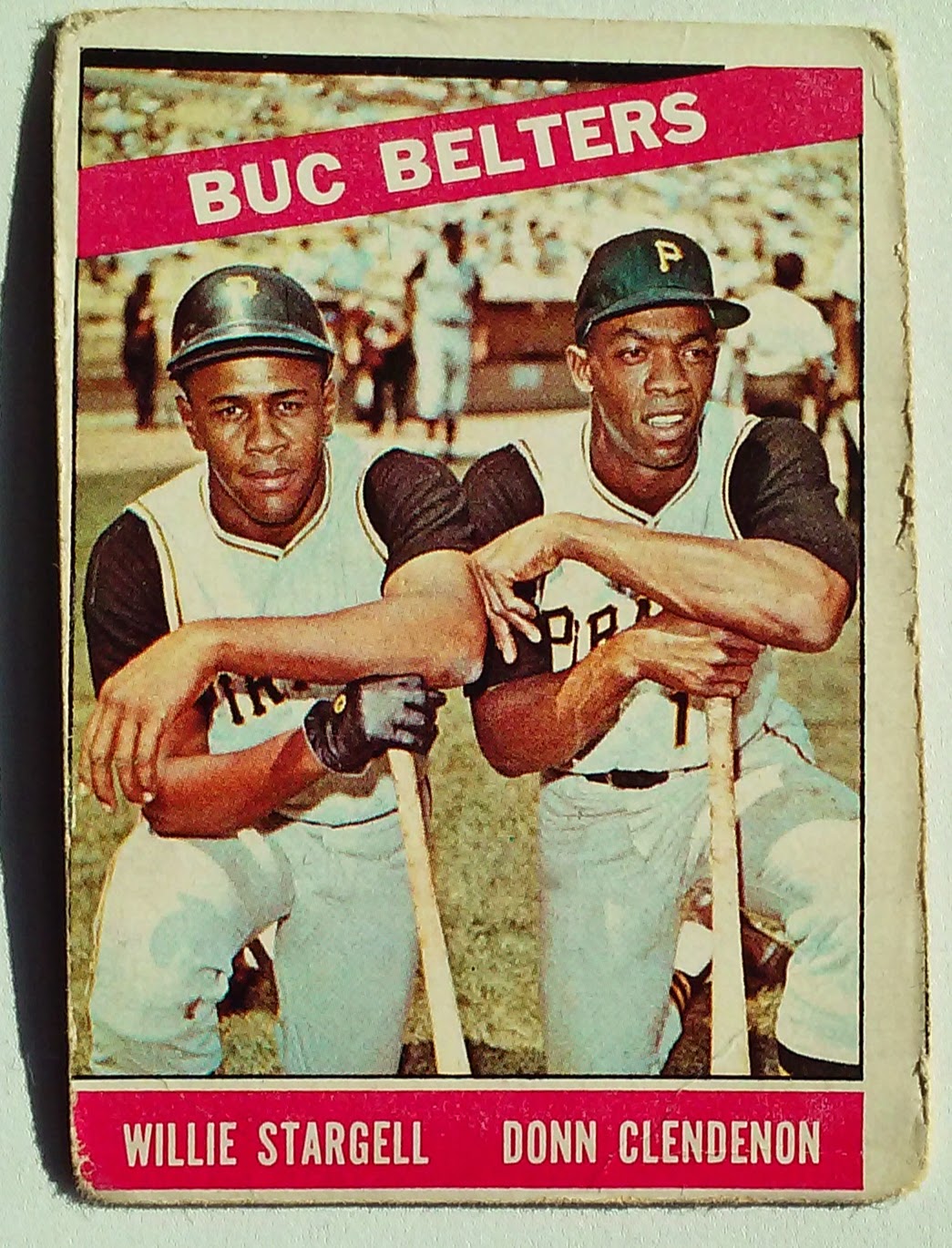 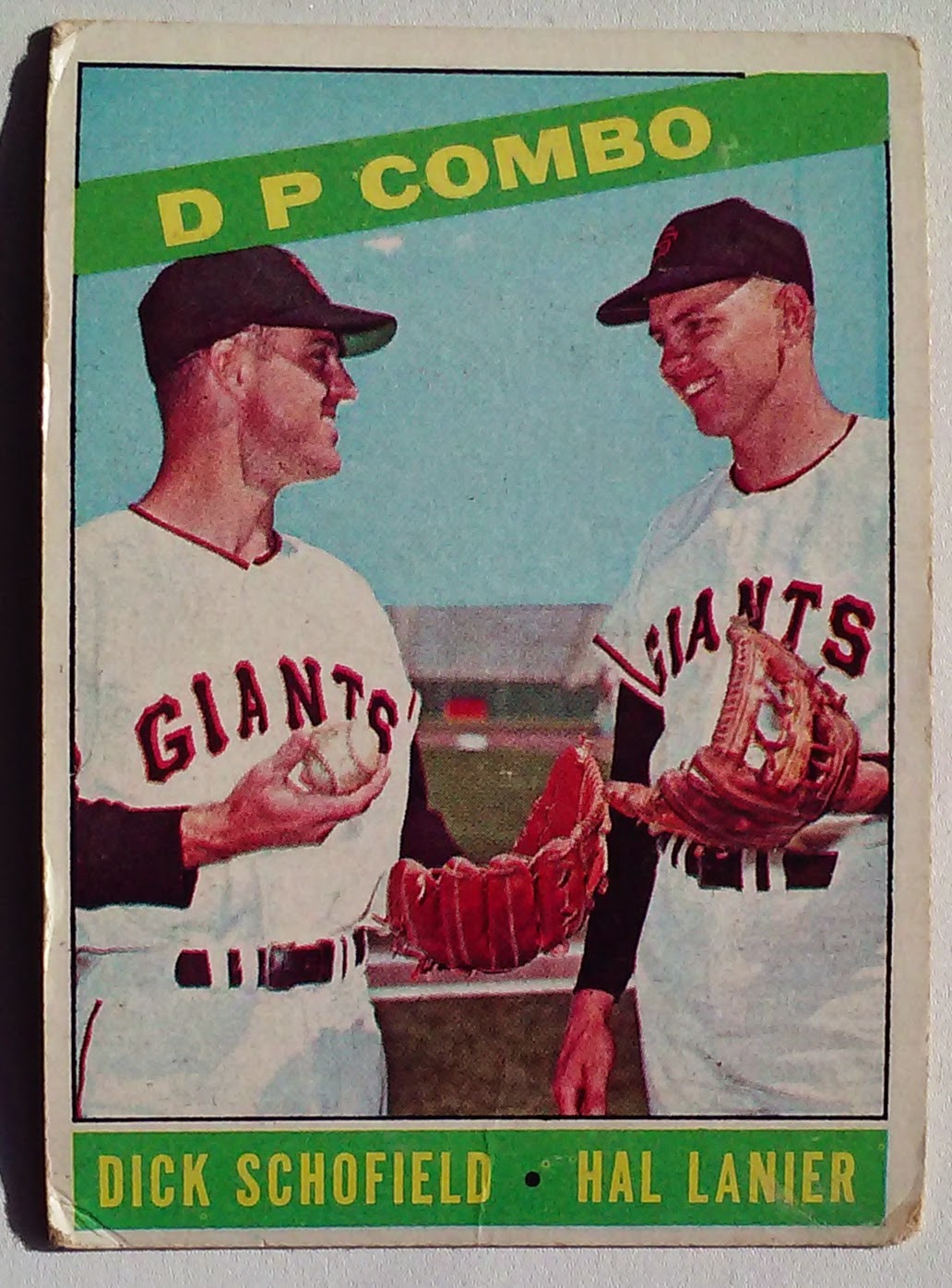 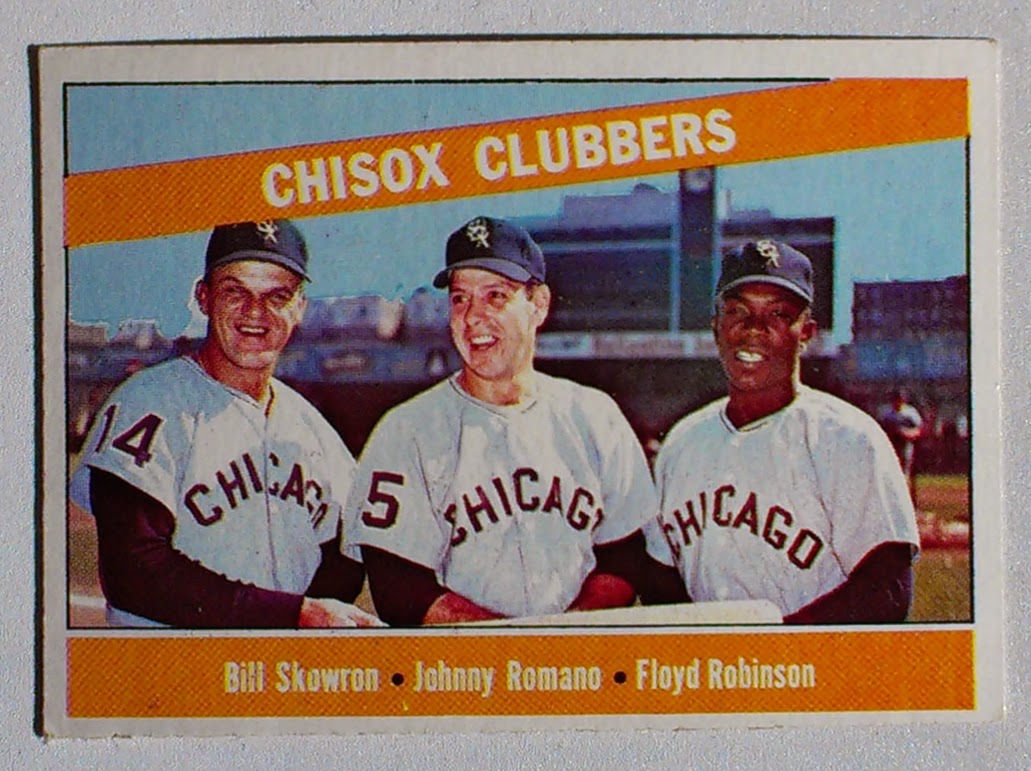 Special Thanks to Jim From Downingtown who's research I stole for this post. He points out that the power outage doesn't occur just on the Phillies card, The Chisox card is dubious and ignoring Roberto Clemente on a Bucs Belters card does sound like a gaffe. 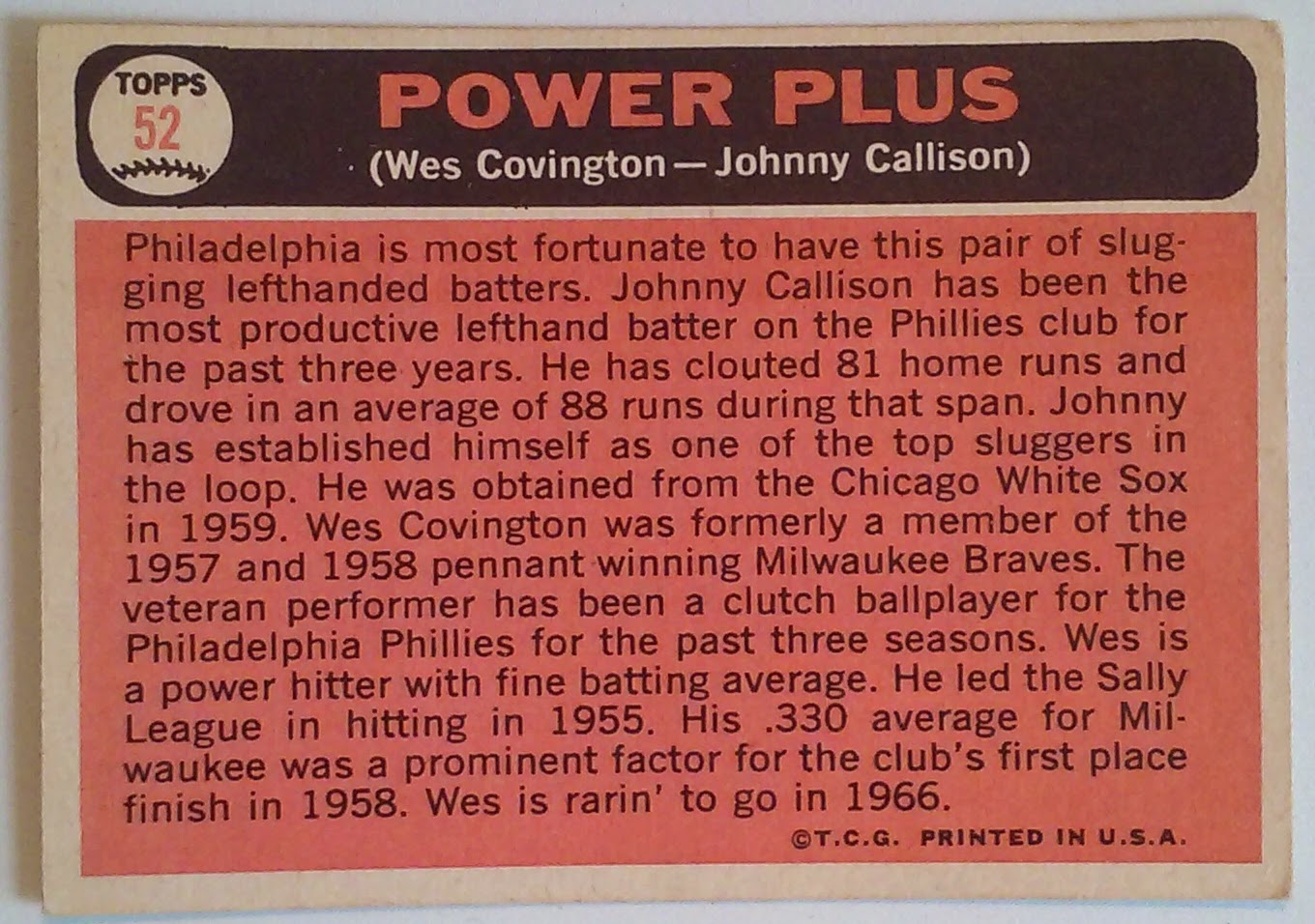 
There is a fairly detailed write up on the back of each card, although the Wes Covington portion of this one devotes a lot more time to his Braves career than his Phillies tenure.

Phillies Power Plus - egads nobody, I will stick with the standbys of Utley and Howard or Topps could maintain the continuity of the Covington trade by including Jimmy Rollins
Bucs Belters -McCutchen and How about Super Utility guy Josh Harrison filling the Clendennon role.
DP Combo (Giants) - This one is a little complicated. Brandon Crawford is the starting Shortstop for the World Champs, but there was a revolving door at 2nd. I am going with St Johns Alum Joe Panik.
Chisox Clubbers - If we can't go with Jose Abreu 3 times, I will add Konerko and Adam Dunn. I know they are both gone, but it is a deserved nod to their long careers.
Astros Aces - This is great the card is named Aces but has two batters. Going to go with 2 young guys here Altuve and Singleton - just because he came up with the Philllies.