The League Leaders subset returned in 1966 Topps, but it was moved away from the top of the set where it had lived in the past three releases.

The 12 cards were numbered from 215-226 and represented the same six categories (for each league) that were present in 1965: Batting, HR, RBI, ERA, Pitching, Ks

There is at least one oddity in the subset 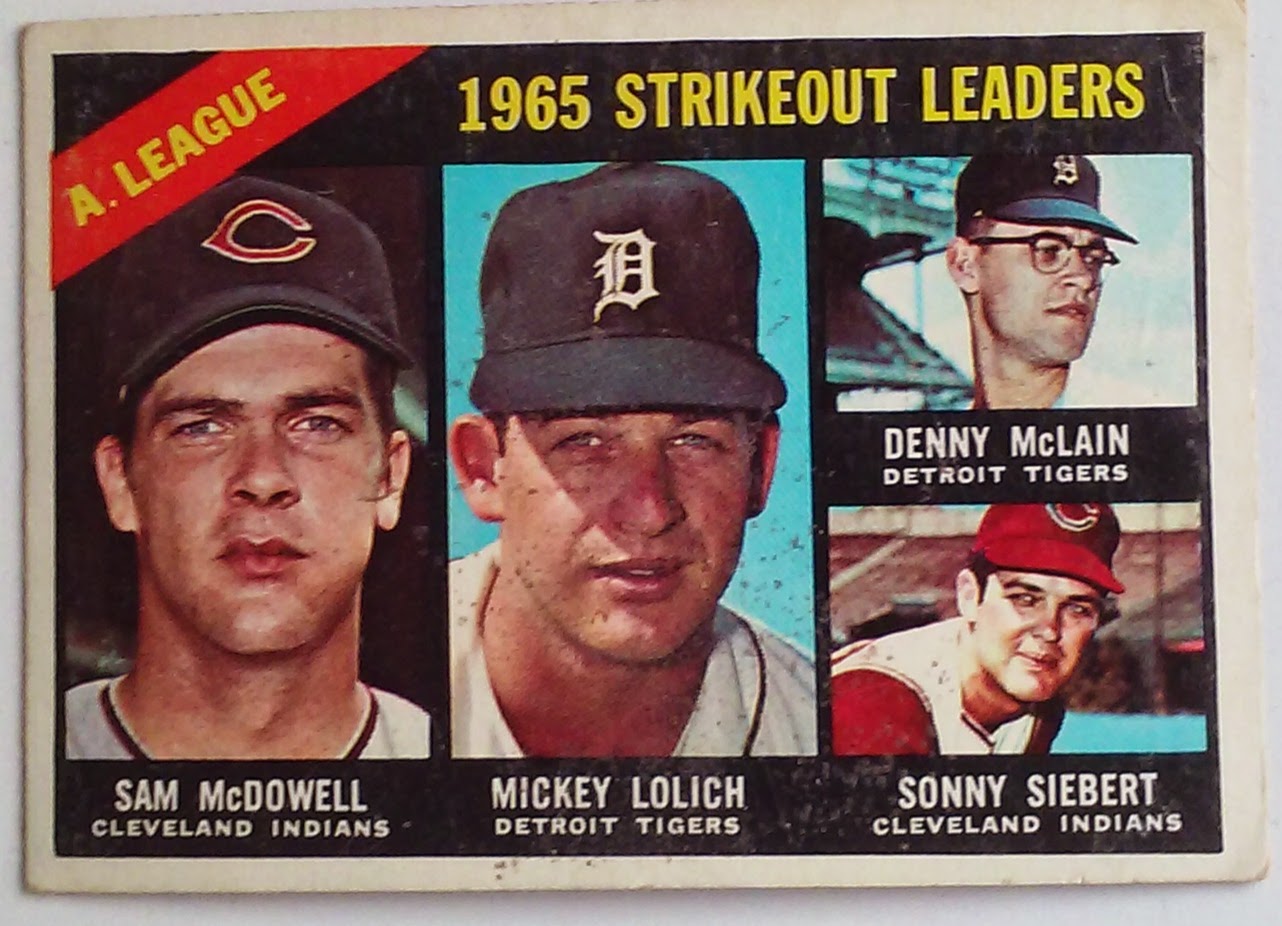 All of the other League Leaders cards are of the triple variety, the logical explanation here would have been that McLain and Siebert had tied in strikeouts. But they did not. 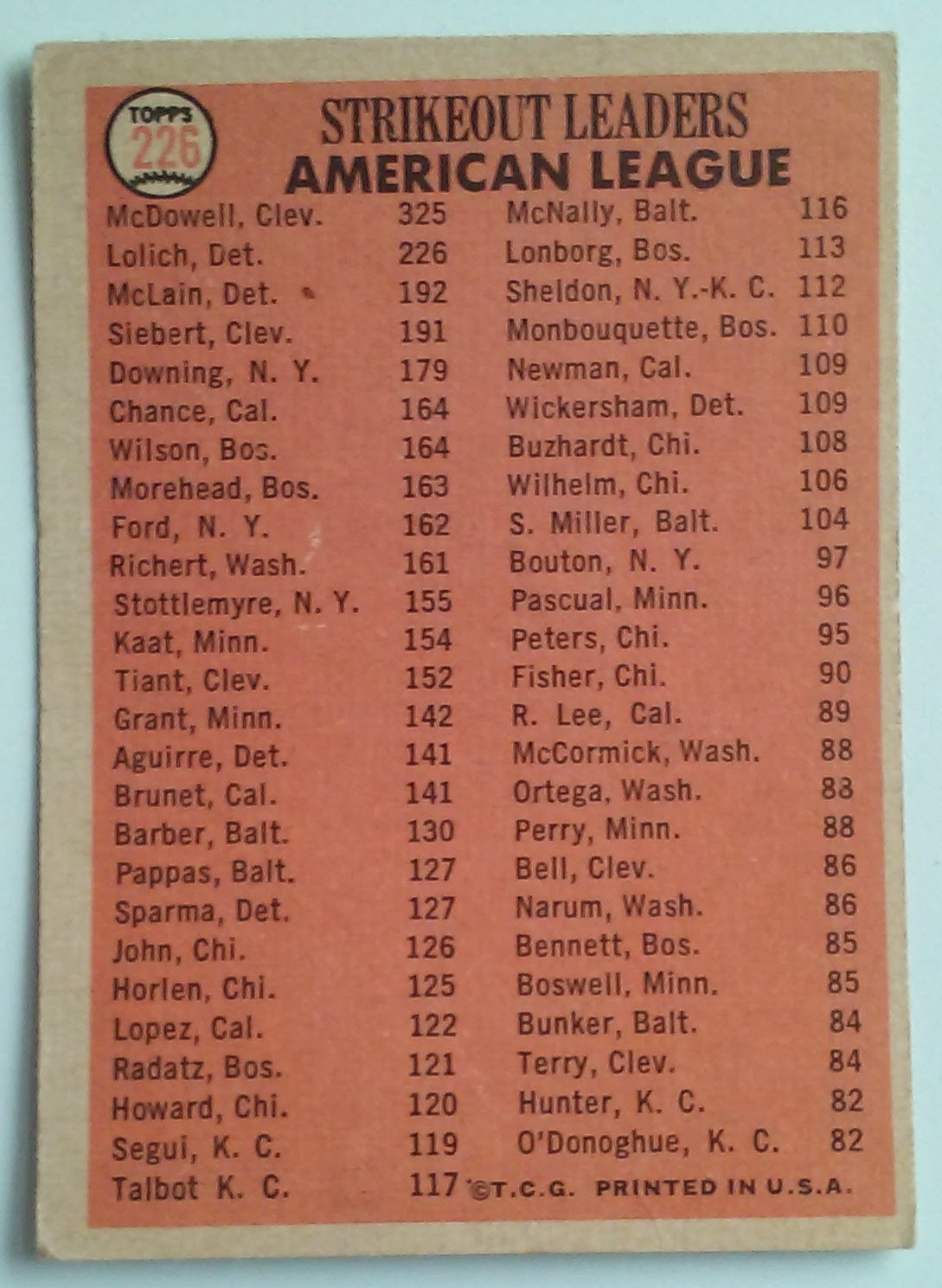 
This opens the door for King Felix to get on the 2015 Heritage League Leaders card. In 2014 he finished 4th behind David Price, Corey Kluber and Matt Scherzer.

And YES the Topps Heritage checker came out recently - check it out card #226 has 4 players on the card. Max Scherzer had a legit claim on the #3 spot in AL Strikeouts (252), but he will share his podium spot with Felix Hernandez (248)