Pitchers and Catchers report to Clearwater today which gives us the opportunity to take a look at Carlos Ruiz in our WAR projections segment. 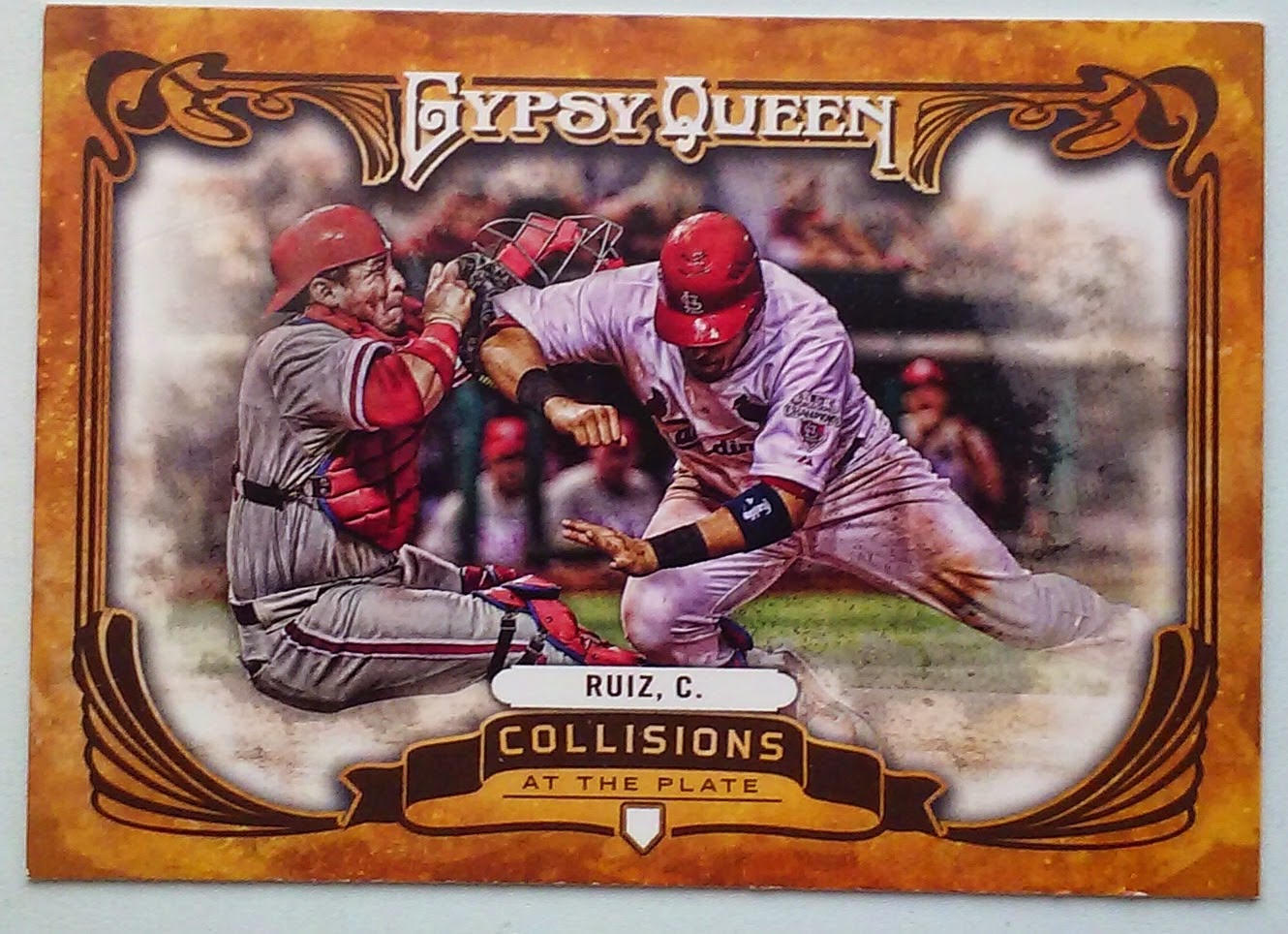 Everybody remembers that Chooch was part of the 2008 World Series team but he isn't held in the same esteem as Rollins or Utley nor he held to the standards of a Ryan Howard or Cole Hamels.

Ruiz is universally respected for his handling of pitchers and has been fortunate enough to catch some pretty good ones - in addition to Hamels there are Roy Halladay, Cliff Lee, Roy Oswalt, and lets not forget Pedro.

He has survived a violation of the leagues substance abuse policy, and had a pretty solid 2013.

The 2012 All-Star recently turned 36 and any offensive production are probably a bonus from a catcher.

a look at Carlos Ruiz's sim scores echoes this sentiment. The number of his top 10 that had 1.0 Career WAR remaining at age 36+ (two) matches the number of players that never caught another game. The most encouraging comp is Greg Zaun who is also the most recent (2010). During his age 36 season (2007) Zaun posted a 2.3 WAR over 110 games. He batted .242 with 10 Homers. Like Ruiz, Zaun boosted a mediocre Batting Average with a few walks and that .242 BA was part of a bit more impressive .341 OBP.

After that Zaun stuck around for 3 more campaigns never playing more than 100 games and never achieving a WAR above 1.0 again.

Phungo Verdict
I pick Chooch to match Zaun's 2007 campaign +2.3 WAR. For a summary of our 2015 Phillies projections click here.

2013 Gypsy Queen CP- Collisions at the Plate
The GQ Collision at the Plate insert consists of 10 cards. There are Seven contemporary catchers and 3 Hall of Famers: Bench, Fisk and Gary Carter.

The Carlos Ruiz card is from a game played on May 25, 2012.  The baserunner on the play was fellow catcher Yadier Molina who was out. The play happened in the bottom of the 8th inning with the scored tied 3-3.

A video of the play can be found here. It is the 2nd of the four clips. The moment of the pix on the card can be found at the :40 second mark.

Molina was attempting to score on a Matt Adams double - a run would have allowed the Cardinals to turn the game over to closer Jason Motte. The tie forced Motte into pitching 2 innings - in the 2nd of those innings Motte yielded a 2 run homer to Hunter Pence.

Molina had a strange day - he was 2-5 with an RBI however he was thrown out twice on the bases and also grounded out to end the game.