As a Christmas Present to each other Mrs Phungo and I spent the Holiday in New York City. One of the highlights of the weekend was seeing the Elephant Man on Broadway. 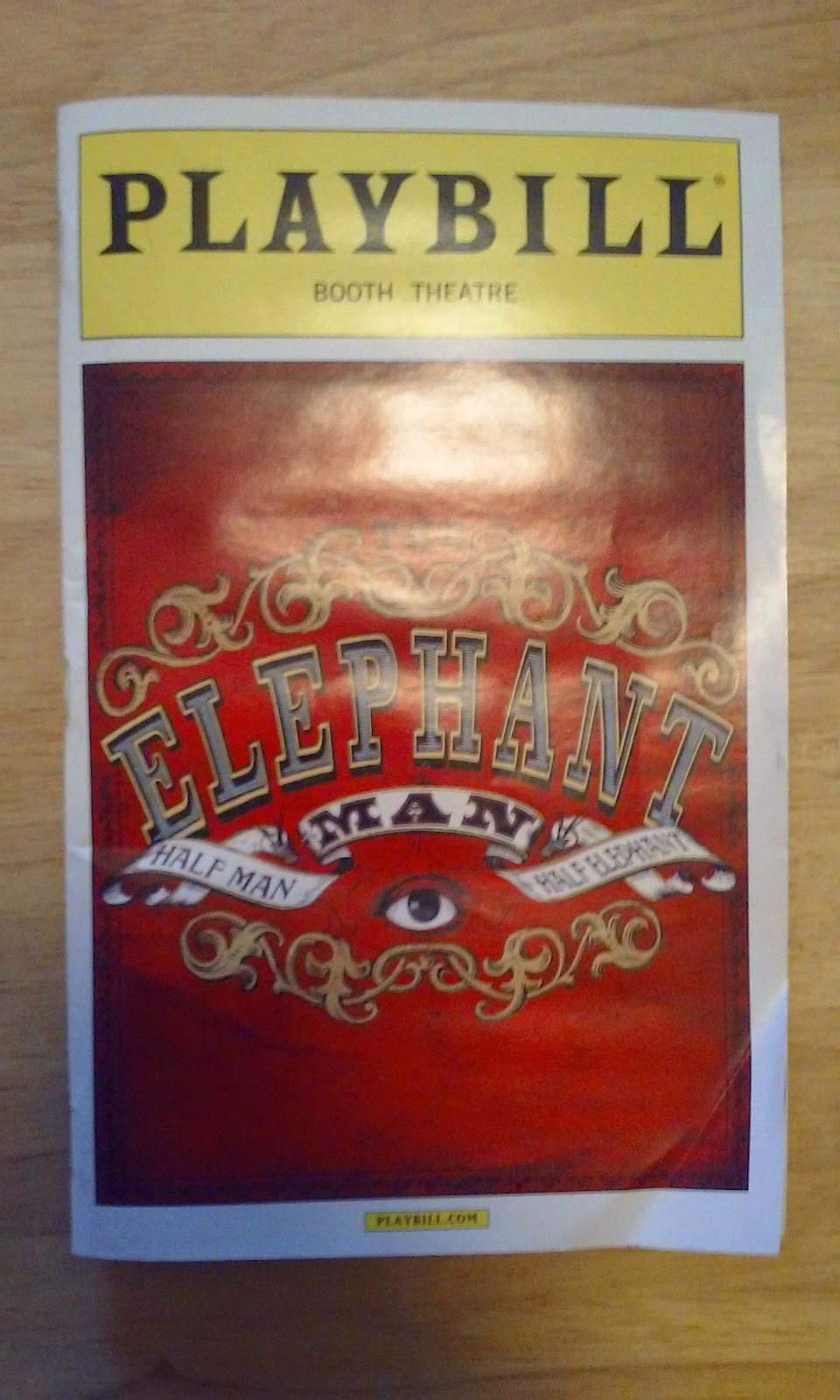 Playbill: The Elephant Man at the Booth Theater

The latest reading of the Elephant Man is a star studded affair with the ubiquitous Bradley Cooper in the title role.

My opinion on the show is mixed, Cooper does, well as the lead, The rest of the cast is terrific as well. I thoroughly enjoyed the first act which flew by, but I got lost after the intermission. It may just of been me getting worn out from a full day of over indulgence in the city but I definitely felt a drag in the shows final scenes.

For me "the Elephant Man" speaks to our societies collective obsession with celebrity. Its a subject that fascinates me, and I enjoyed seeing the iconic show with a noteworthy cast on the big stage of  Broadway. 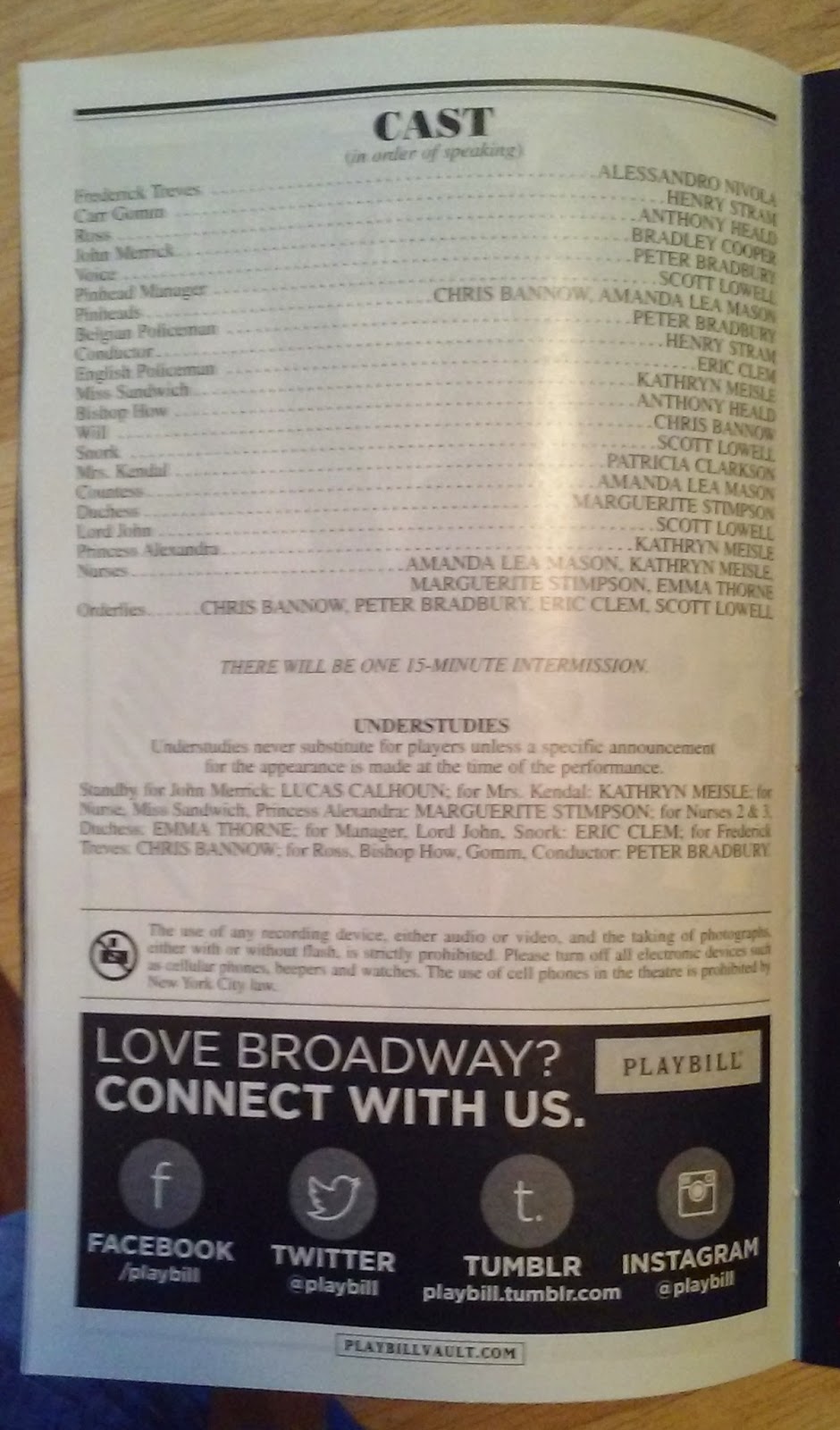 Side Notes
We have been going to NYC a lot for shows recently. For whatever reason we end up at the Booth theater (where Elephant Man played) a lot. My guess is that it is because I need to be star struck and the Booth is a theater that can produce the kind of shows that benefit from star power.

Bradley Cooper gives the show plenty of star punch. He is of course up for an Academy Award in the film "American Sniper". I am sure the timing of the large production of a big name show just prior to awards season is no accident. We will features light coverage of the Oscars over the next couple weeks - not a full blow series, but a handful of posts. I think I have seen only two Best Picture nominees and really don't have much to add to the conversation.

The Elephant Man cast also included Patricia Clarkson (who appeared in Phungo Faves "Easy A" and "Freinds with Benefits". Anthony Heald starred in "Silence of the Lambs" with Anthony Hopkins who was in the 1980 Film "the Elephant Man".  The Film and play are unrelated works, but are both based on the life of John Merrick.

For sports fans one of the actors in the play is Henry Stram, son of Hall of Fame football coach Hank Stram.

Philadelphia Theater fans may recognize Kathryn Meisle who we saw at the Wilma in the 2010 Vaclav Havel play "Leaving". She appeared opposite David Strathairn whom baseball fans will remember as Eddie Cicotte in the Film "Eight Men Out"

The show runs through February 22nd. It is a tough and pricey ticket but worth it for the right audience.