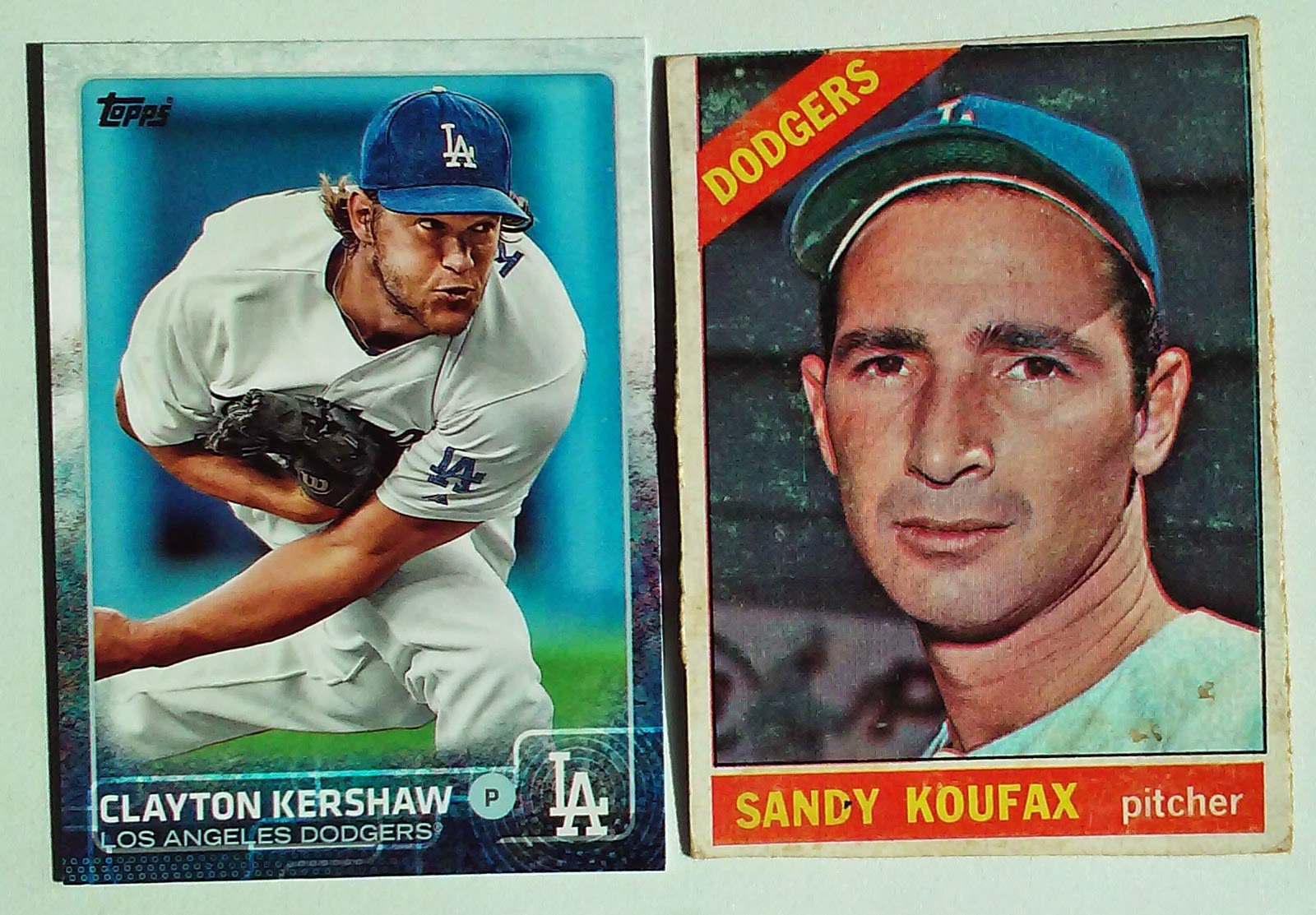 While doing research for the upcoming Heritage release I noticed that Card #100 in the original 1966T set belongs to the Dodgers Ace of that era, Sandy Koufax.

If this happens Kershaw will occupy #100 in both flagship and Heritage. Curious how often that has happened.

The Koufax Kershaw connection is likely one of the strongest in the Heritage pantheon. For comparison I took a look at the Jeter pairings during his 14 year tenure in the retro set, There is no consistent matching for the Captain. He is paired with Tony Kubek three times, but one of those is an In Action Subbber. Phil Rizzutto is in the list twice and Surprsingly Mickey Mantle only once.