Last week the New York Yankees announced that they are retiring the numbers of Bernie Williams Jorge Posada and Andy Pettitte. 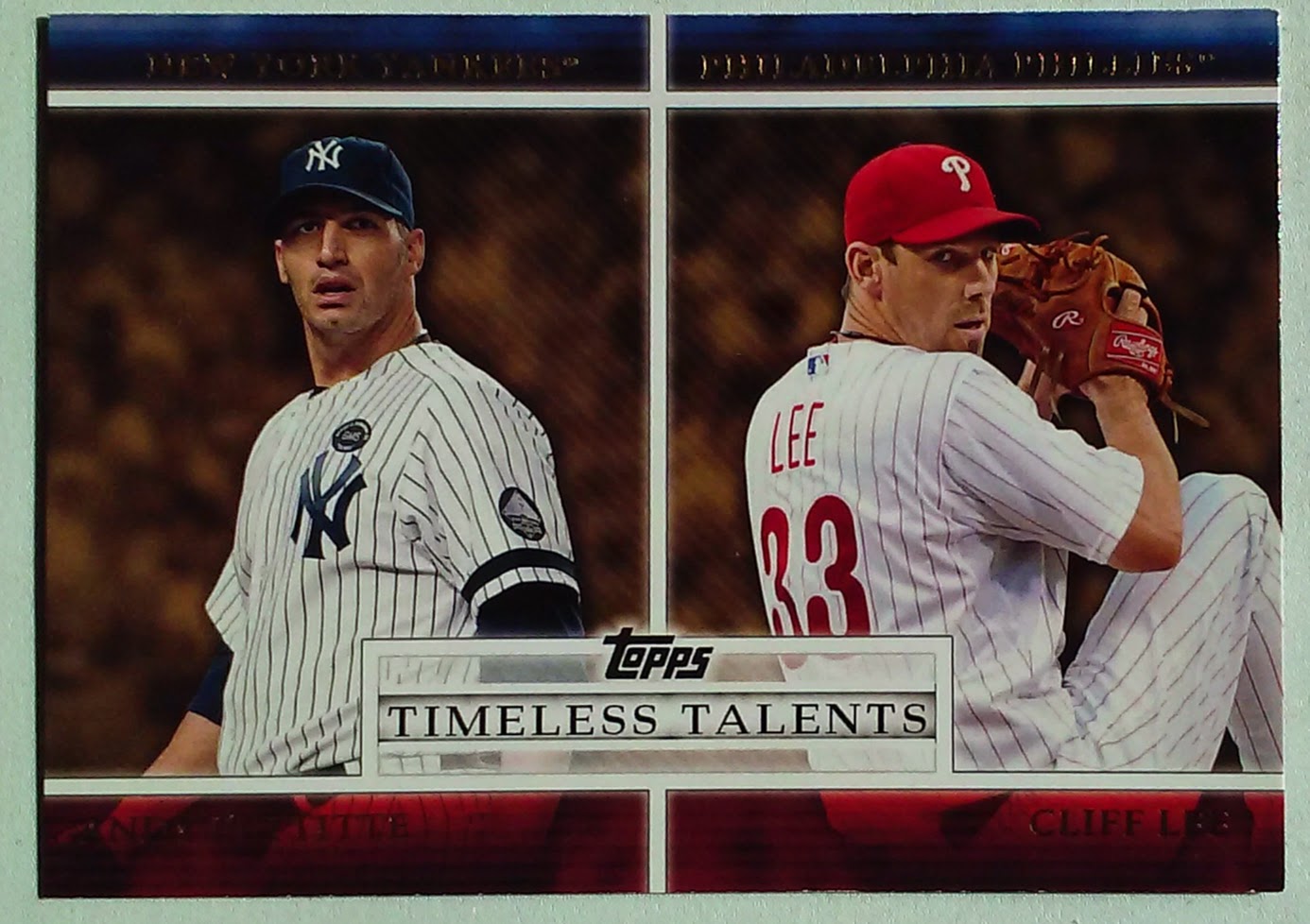 This generated some discussion among Baseball Nerds. First there is a the sheer gluttony - the Yankees have 17 Retired Numbers (for 18 players - 8 is retired for both Yogi and Bill Dickey). Secondly Andy Pettitte's name raised some eyebrows.

Pettitte admitted to HGH use after being named in the Mitchell Report. It should be noted that according to Pettitte the PED use occurred in 2002 prior to the banning of HGH.

Andy Pettitte's borderline HoF resume is largely based upon his incredible postseason numbers. The Mitchell Report may tip the scales against him.

I believe a large part of the Yankees motivation for retiring Pettitte's number now is to ease the return of Alex Rodriguez from his PED suspension.

Timeless Talents
Andy Pettitte's partner on the 2012 Timeless Talents card is the Phillies Cliff Lee. The players are partnered as lefty aces that have big-game reputations.

Lets take a closer look at the flip o the card that has some comparatives of the two players. 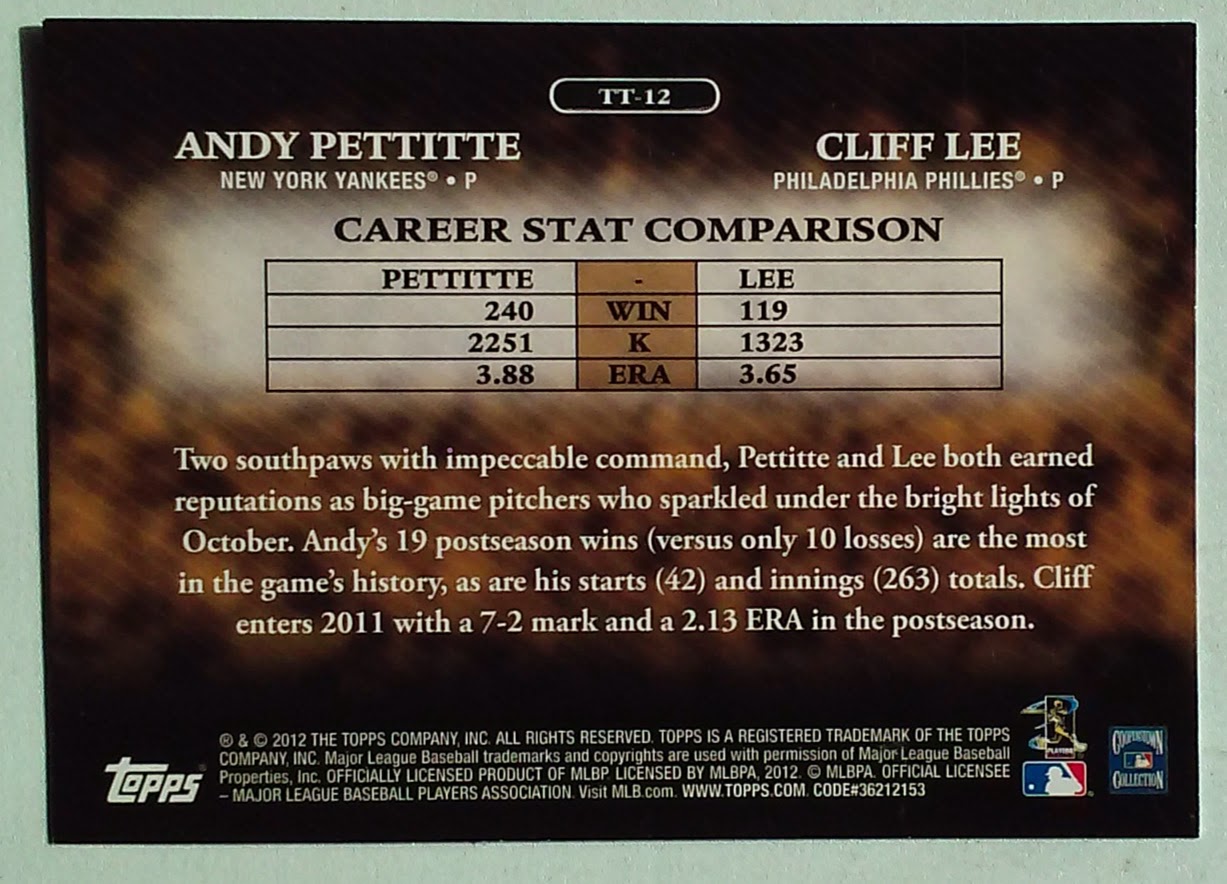 There is also a bit of a lazy Topps here - despite being released in 2012 the copy ignores the 2011 postseason. Cliff Lee took an L in his only 2011 playoff start - his record would have been 7-3 with a 2.52 ERA when this card was released.

Cliff Lee is now 36. From what I understand Lee is healthy after opting for rehab and recovery over surgery that would have cost him the 2015 season. Only 3 of Lee's top 10 comps made significant contributions at 36+, 2 never pitched again - including #1 comp Roy Oswalt. However miserable of a memory Oswalt may be for Phils fans, I am going to bring up one that distresses them more.

Yes Carpenter's age 36 season was the one where he dominated the 2011 postseason which included eliminating the Phillies in a 1-0 NLDS game 5.

In 2011 Carpenter was good for a 3.5 WAR, which is where I will target Cliff Lee. Not great, but not bad, and if he mimics 2011 Carpenter there is that World Series victory.