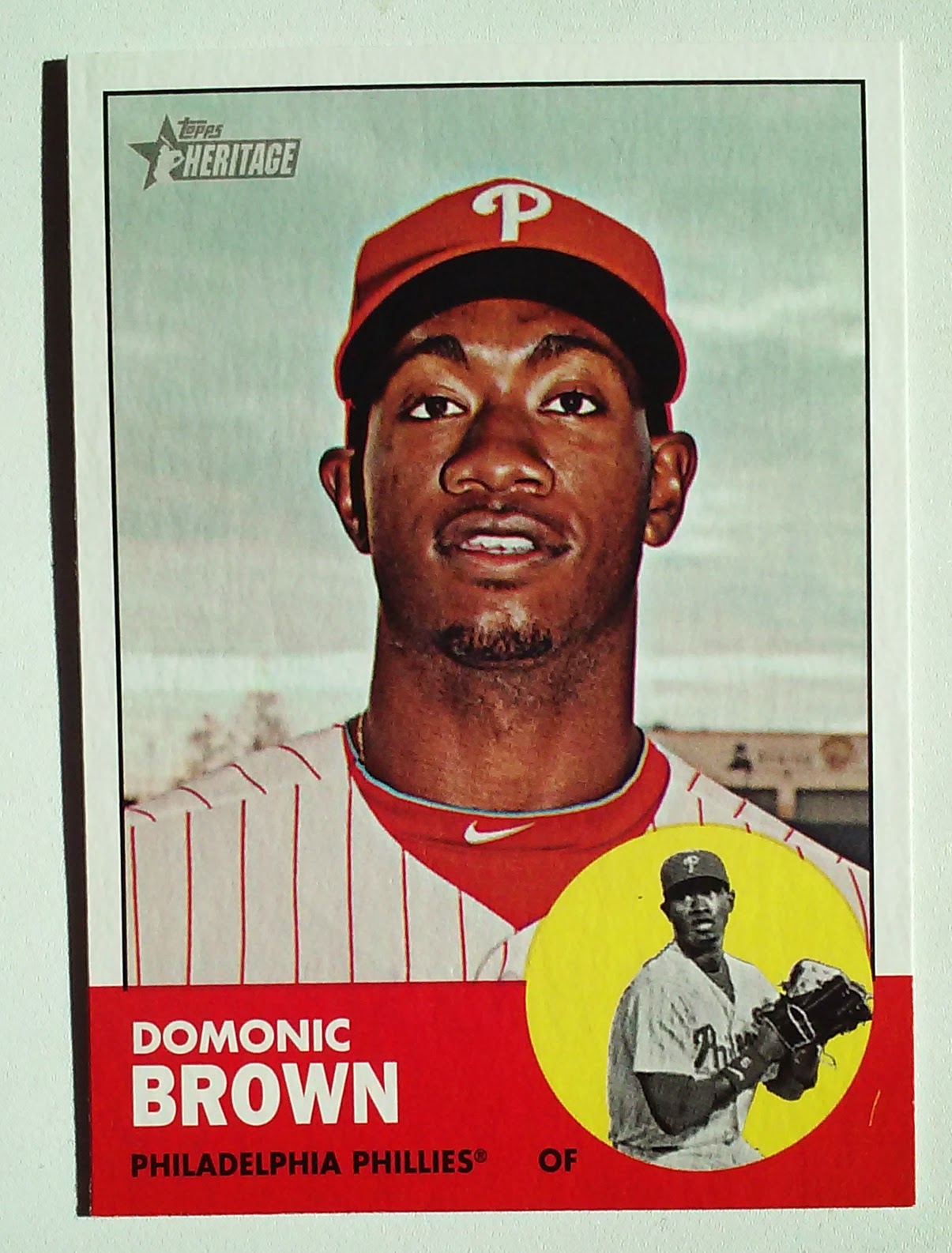 The Phillies demise over the last couple of season has happened for a number of reasons. Diminished production from veterans is the cause most often given, but the inability to develop new talent has also played a role. The flip side of the above Dom Brown card has a cartoon that summarizes the Phillies shortcomings at the lower levels. 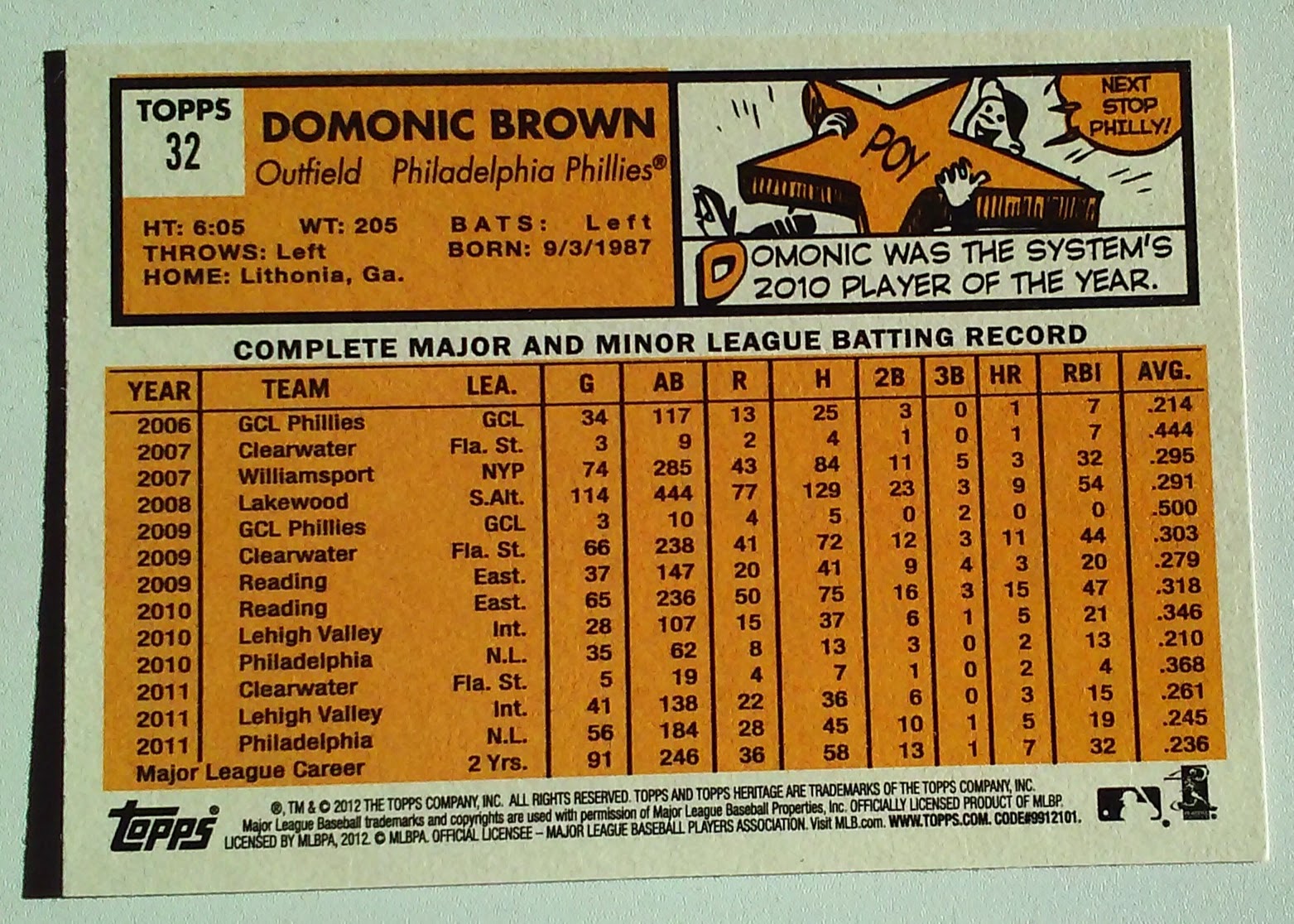 The Phillies 2010 minor league player of the year has generated a 3.0 career WAR in 430 games.

Aside from a great month that made Brown an all-star in 2013 he has been a fairly pedestrian player. His offensive numbers have been mediocre at best, couple that with no other mentionable skill beyond his sporadic hitting and you have the quagmire that is Domonic Brown.

I will put down Brown for 1 good month in 2014 plus some improved defense resulting in a +1.5 WAR.
2012 Topps Heritage
I am a fan of 1963 Topps, it is a set I didn't really see until I returned to collecting as an adult. It is an inspiration for 1983T which is one of my all-time favorite sets.

Once the excitement over 2015 Topps dies down a bit we will start looking 2015 Heritage and it's inspiration 1966 Topps.