We have the Maritnez Brothers on back to back nights.

Before Pedro there was older brother Ramon Martinez.

Two years prior to Pedro Martinez making his Major League Debut, Ramon Was an All-Star and nearly a Cy Young Award Winnner. 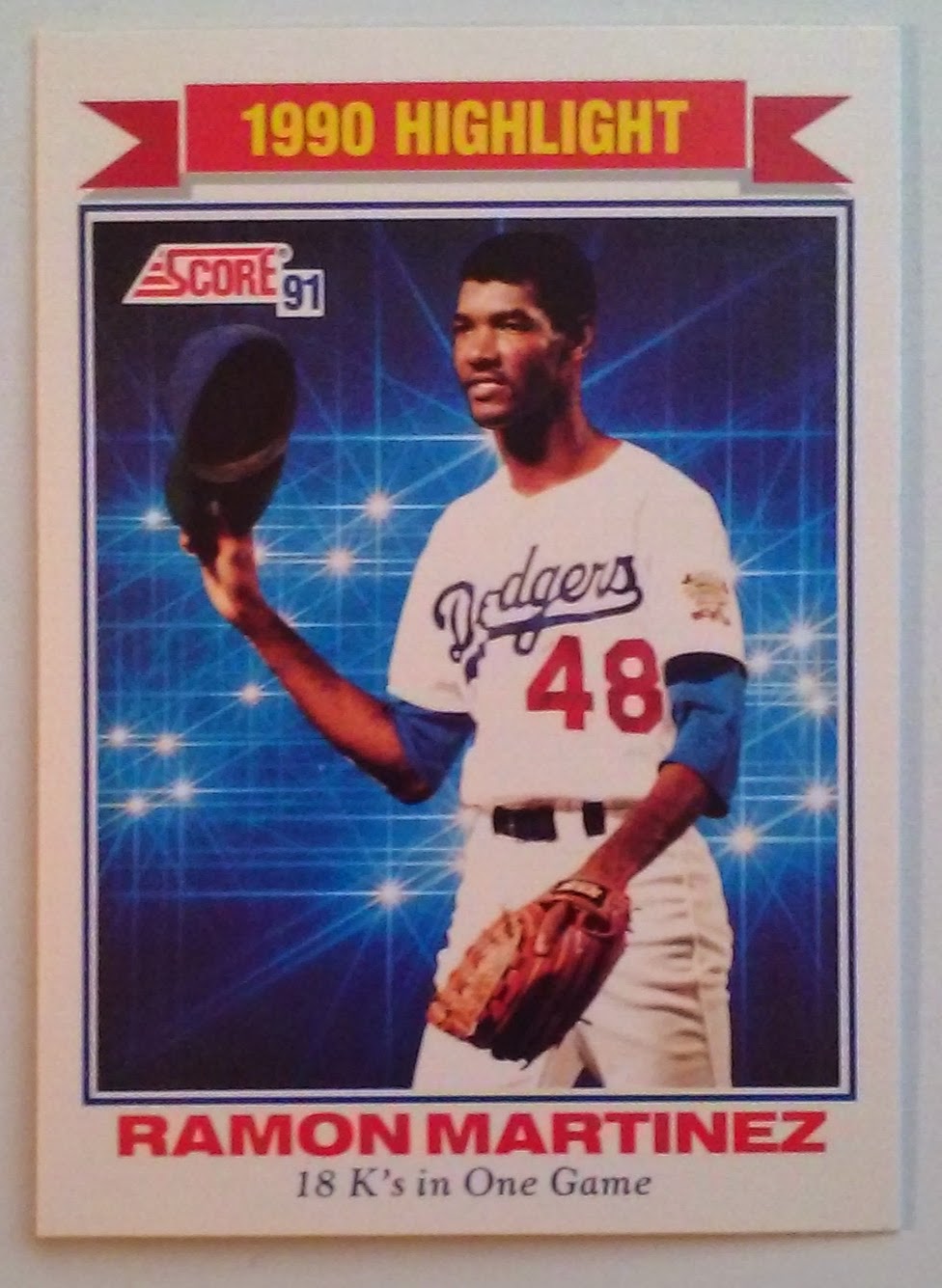 Ramon limited the Atlanta Braves to 3 hits and recorded 18 strikeouts while leading the Dodgers to a 6-0 victory. At the time the 18Ks were 1 off the NL record (Tom Seaver, Steve Carlton)  and 2 short of the Major League Record (Roger Clemens) for a 9 inning game. 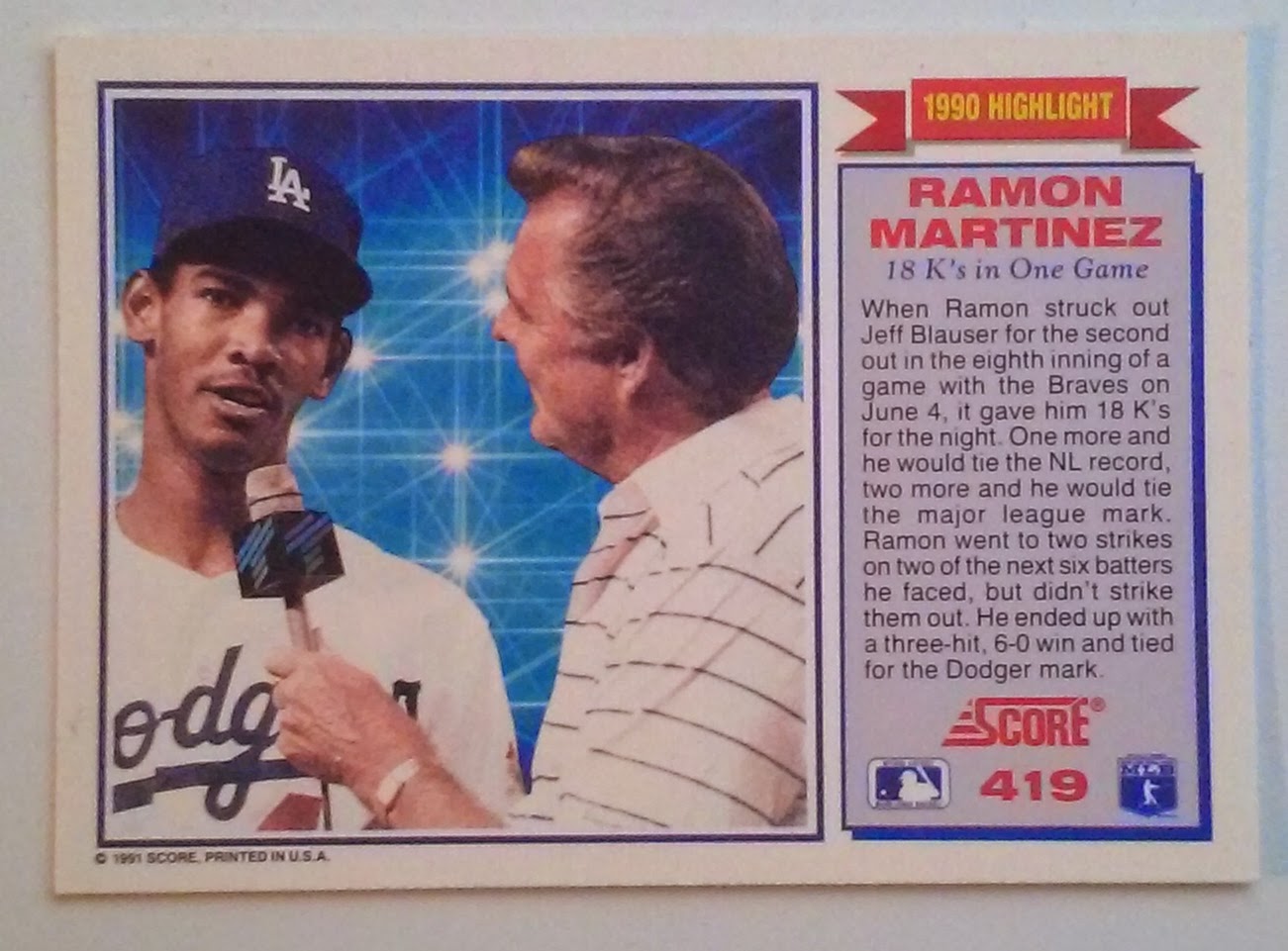 The synopsis on the reverse talks about Ramon's 18K outing and contains a nice shot of what presumably is the post game interview. Perhaps a good Dodger fan can inform us of the name of the otherwise unknown reporter.

Last month Corey Kluber joined the 18K game club, setting a record by doing so on only 113 pitches. Ramon Martinez threw 127 pitches in his outing.  He had his 18 strikeouts in the first eight frames, had Martinez been removed after eight (as Kluber was) he would have been at 108 pitches.

I am not counting 3-hitters as Lo-Hitter games, but since this game is so unique I will be adding it to the Year of the No-Hitter index.