I don't think I have a Chris Heston card,  Rather than digging around looking for one of his cards we are going to post one of Buster Posey who joined a pretty elite group himself last night. 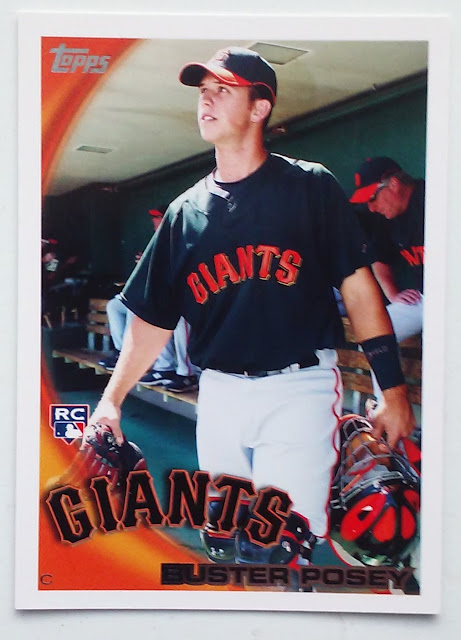 Posey became the 16th catcher to work 3 no-hitters. The all time record is four held by Jason Varitek.
At 28 years of age Buster is young enough to catch Tek, However...

We don't know how many games Posey will actually catch for the remainder of his career. He is spending about a quarter of his time at first base now and that ratio will likely increase as Posey's
career continues. 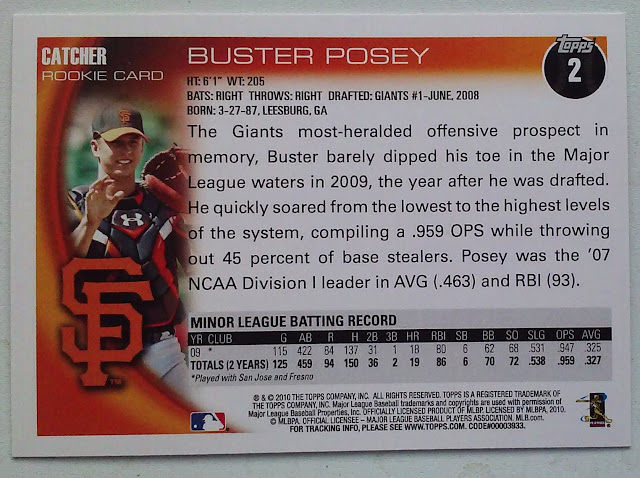 Congrats to Chris Heston and Buster Posey. In a year where we are covering the Year of the No-Hitter it is exciting to see the first No-Hitter of 2015

Sources and Links
Baseball-Almanac
Baseball-ref
Posted by deal at 8:23 AM