The idea of the Guarantee was conceived by the Mariners promotion department as the baseball public got caught up in the excitement of the the 1990 No-Hitter Frenzy - Mark Langston had pitched one on April 11th, The Mariners own Randy Johnson June 2nd, and Nolan Ryan earlier that week. 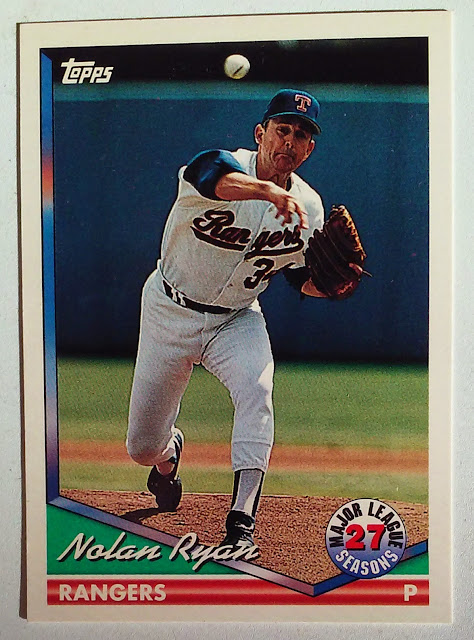 Another impetus for the M's was that they were hosting Nolan Ryan's first start after his June 11th No-Hitter.

Had Ryan actually been able to redeem the Guaranteed No-Hitter for the Mariners he would have matched a feat only otherwise done by Johnny Vander Meer - Consecutive No-Hitters. 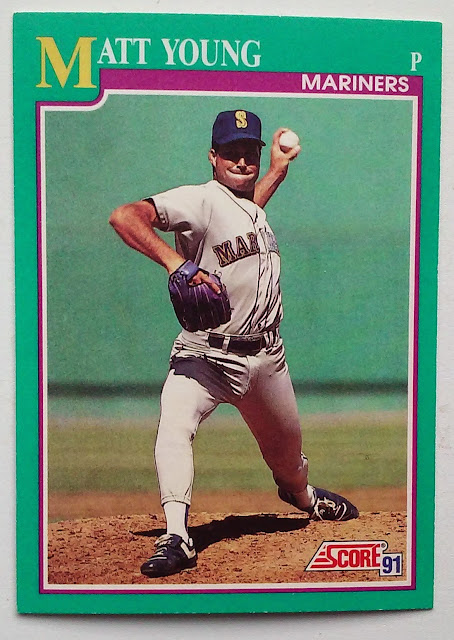 For their part Seattle sent out journeyman pitcher Matt Young.

The No-Hitter didn't get very far, Matt Young retired 4 batters before giving up a hit to John Russell. Harold Reynolds got the first hit off of Ryan in the bottom of the 3rd.

Despite being the significantly less noteworthy pitcher Matt Young was the closest of the two to get a no-hitter. Young pitched the last of 5 career shutouts only allowing 3 hits (Russell, Ruben Sierra, and Rafael Palmiero) all singles.

The promotion worked for the Ms, The 37,248 fans they drew to the Kingdome may seem pedestrian now, but it was the 4th best attendance number for the 1990 Mariners. It was also the most fans that got to see a Mariners win.

Note: In a practice common in Minor League Games the Mariners Guaranteed No-Hitter Game came with the caveat that if there was not a no-hitter, fans would get a free ticked to a future game. The free ticket was a $4.50 General Admission ticket to the July 11th game versus the Angels. The Mariners won that game as well. It was a 2-1 victory by Erik Hanson over the aforementioned no-hit pitcher Mark Langston. It doesn't appear many fans took advantage of the no-hit redemption as 18,357 which was a tick below the teams 18,638 average for the season.

1994 Topps
I like this card, it was issued the season after Ryan retired. Topps noted his career accomplishments by placing Ryan on card #34, his uniform number.

I was at that game and its the only time I saw Ryan pitch. I also went to the free game. Great memories.

Whoahhhh Whoahhh Which game wer you at?? Guaranteed No-Hitter Night? and the bonus game?? We need more info. I thought you were always A Texas guy...and too young to be going to that many games in 1990.

I was at both games...although I don't remember much about the free ticket night. I do recall and have pics of Nolan pitching. I'll see if I can find them and do a post about it. I was in the Navy then, a young 19 years old, and my sub was in drydock in Bremerton, Washington, a short 1 hour ferry ride away.

It was my VERY first time seeing Nolan pitch, and I was in Birch Bay with my Mom and Step-Dad, when I heard that he was pitching, and JUST HAD TO MAKE IT to the game SOMEHOW, as it was SO close, a two hour drive down the freeway, I got a bus or a ride, I can't quite remember which, but did I make it to the game...I DID, what a THRILL and Nolan threw a football during warm-ups, which was SO cool to see, as I love football and was super surprised to "CATCH" that!!!!!!!