The Phillies are facing the Reds in Cincinnati which gives us the perfect opportunity to show off the Pete Rose auto we picked up via a 2012 Living Legends Blaster. 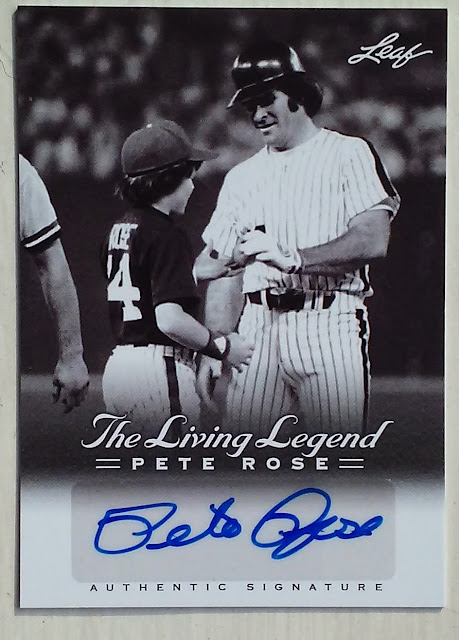 The signature itself is a little shaky but I do like the photo. I don't know what the break down of images for this set are, but it is nice that we got one with Rose wearing a Phillies Uniform.

Leaf had to airbrush out some of my favorite details so I dug up this version of the shot which I found at the now dormant Fielder's Choice Blog. 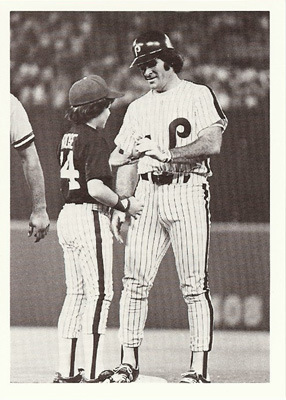 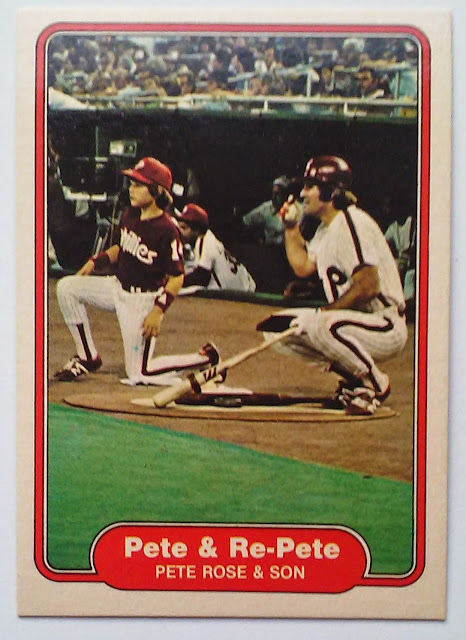 The phot on the above Fleer card was taken by Bob Bartosz. For a GREAT interview regarding Bartosz career as a baseball photographer check out Baseball Cards Come to Life. 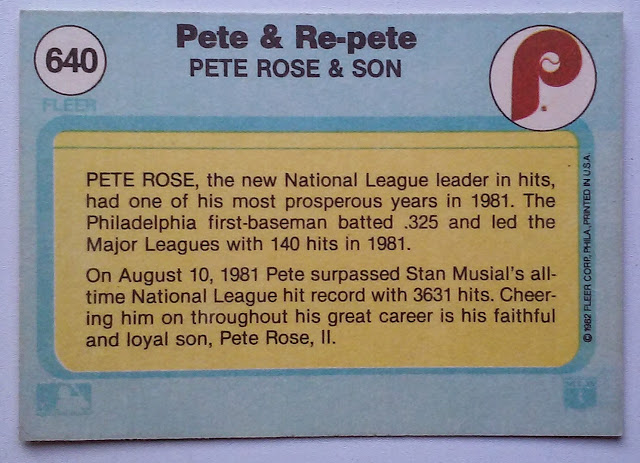 Back in 1982 Pete Rose was not yet the all-time hit king, but as noted on the card in 1981 he passed Stan Musial as the NL career Hits Hits Leader. 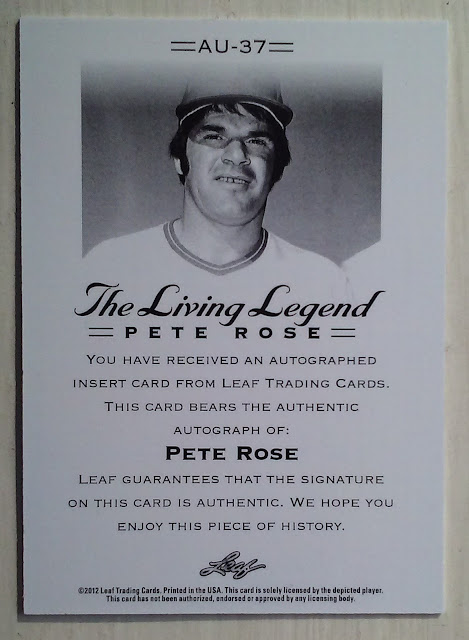 And just to wrap up we present the flip side of the Pete Rose Auto which limits itself to your typical COA verbiage.

I know Pete ain't in the Hall of Fame. I am not going to get into that discussion here, but I am going to add him to our HoF Index as an honored star of the game.

Sources and Links
Baseball Cards Come to life
Posted by deal at 8:11 PM