The Texas Rangers are expected to call up Third Base Prospect Joey Gallo today. 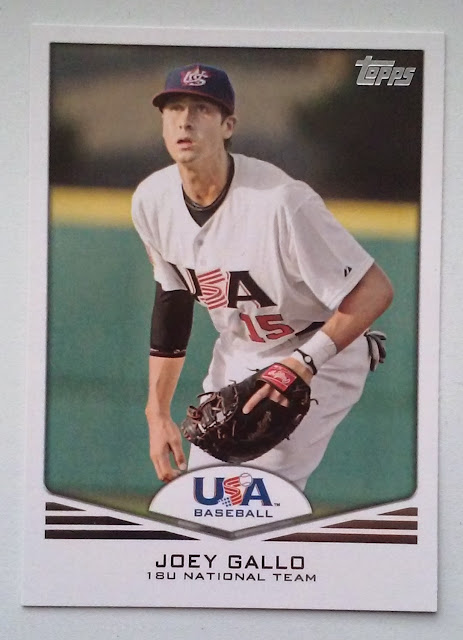 The 21 year old Third Baseman has 40+ homers each of the last two seasons with 9 through 34 games at AA this year. He is a strike out machine (478Ks in 330 professional games) however he has been able to cut down that rate as he has developed.

Las Vegas is suddenly a source of big time baseball talent. Gallo was a teammate of Bryce Harper's before either of them were in their teens and Cubs Prospect Kris Bryant also hails from the Nevada gambling mecca.

2011 Topps USA Baseball
This is at least the 2nd card we have featured from this set. Last month we discussed Cubs rookie second baseman Addison Russell.

Sources and Links
Baseball America 2015 Prospect Handbook
Baseball-ref
Posted by deal at 8:11 AM