As noted earlier in this series there are some great names and stories among the pitchers who were involved in the year of the No-Hitter, none of those pitchers was bigger than Nolan Ryan. 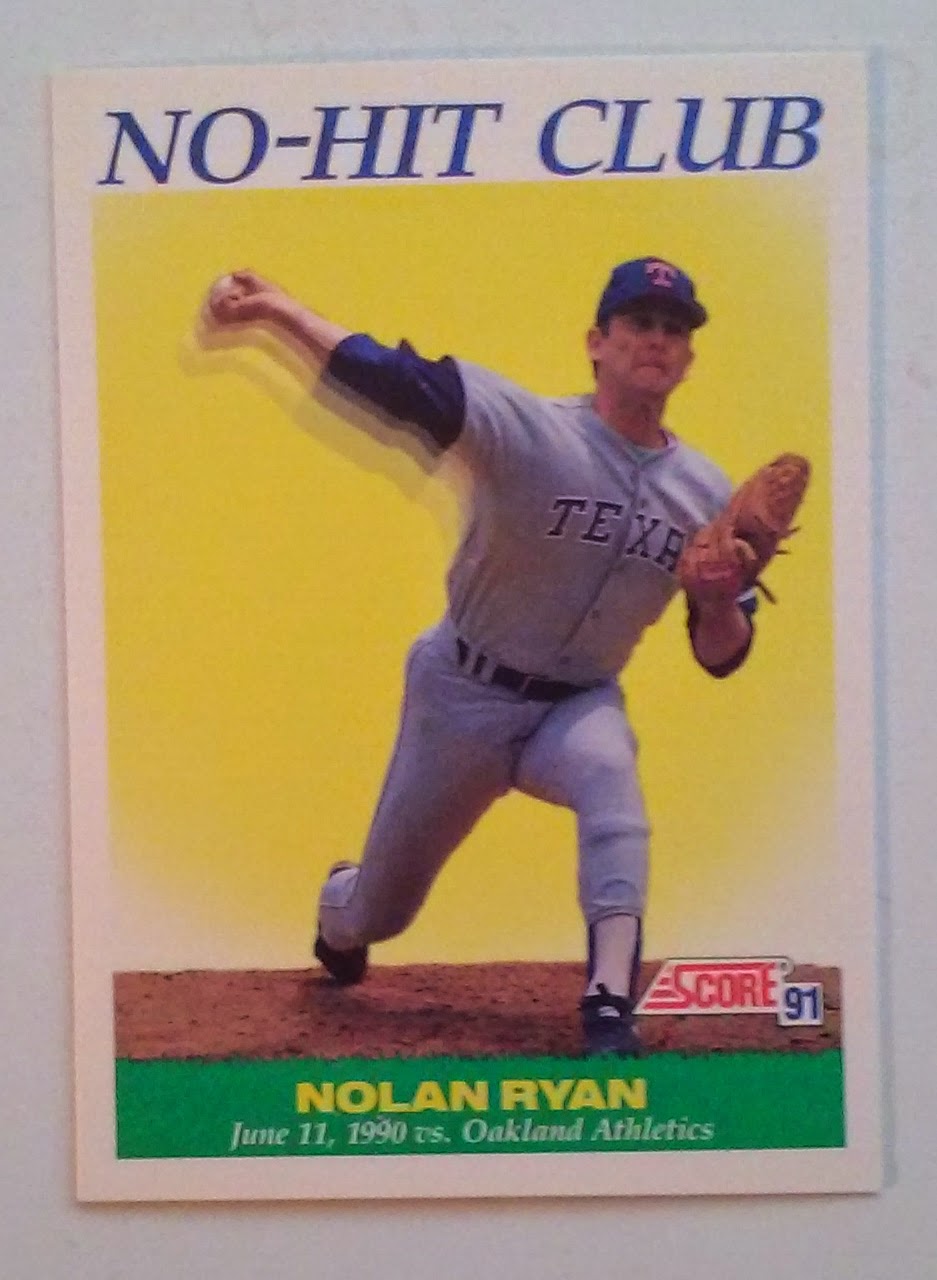 Nolan Ryan only had 7 spring training innings in prior to his Opening Day start which he had to leave despite having not given up a hit over 5 innings.

By June 11th he had nine starts under his belt including a 1-hitter versus the White Sox on April 26th.  Ryan now had built up plenty of arm strength to finish his record setting sixth career no-hitter. 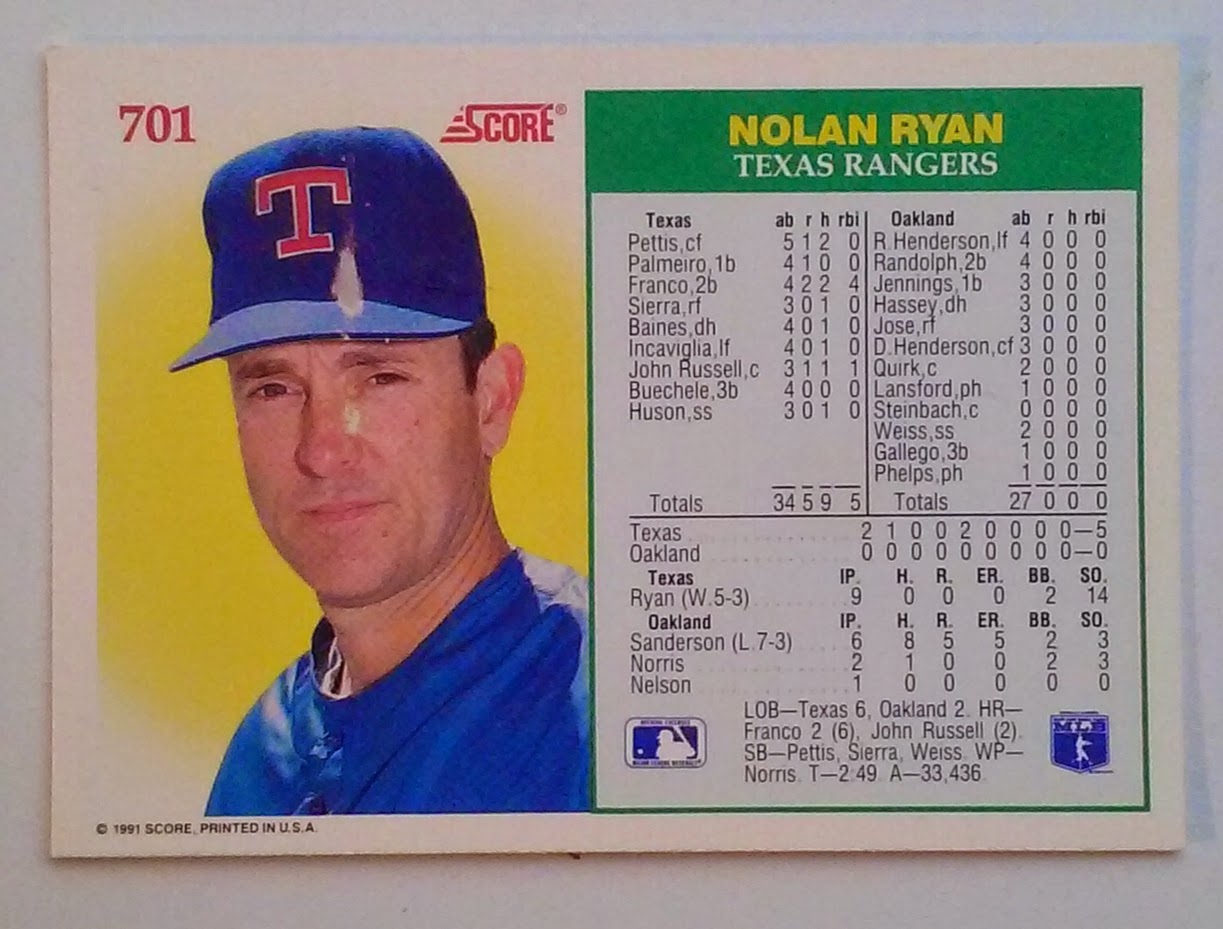 First off that is a scuff on the card, that is not bird droppings on Nolan's cap!

For the second time in the series we have the Oakland A's making a guest appearance. Back in mid-April we discussed Brian Holman's near perfect game which was spoiled by a Ken Phelps Home Run.

Ken Phelps made a 9th inning pinch hit appearance in this game as well. Nolan Ryan won this battle as he did something he did 5713 other times in his career. He Struck Out Phelps. That was the first out of the 9th which left Future Hall of Famer Rickey Henderson and Willie Randolph as the last two outs Ryan needed to complete his record extending 6th no-hitter. Henderson Grounded  Out and Randolph Fouled out to right.

More Cards
There are three other Cards in the Phungo Collection dedicated to this game. We will be taking a closer look at each of the other cards tomorrow. For now we will just post the cards. 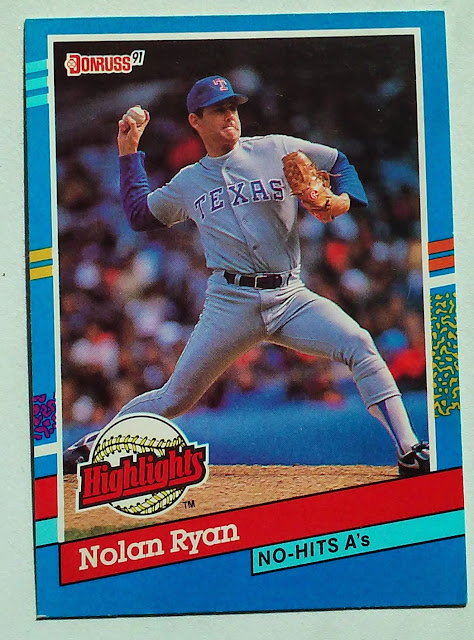 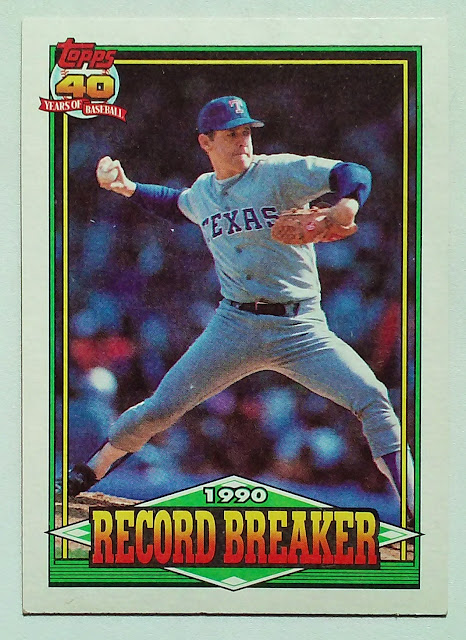 You cannot tell from the front but this card honors Nolan Ryan breaking his own record of five no-hitters. 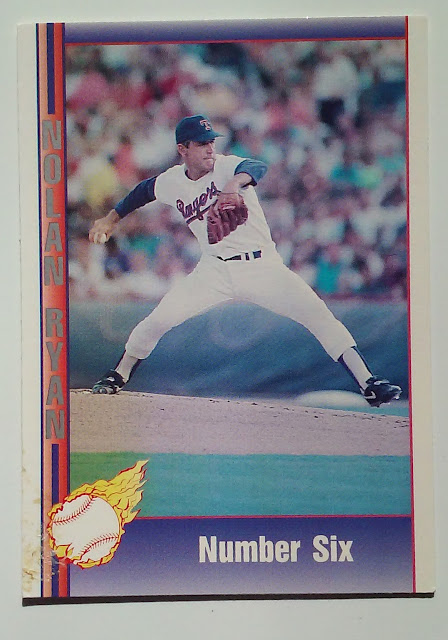 Added this card to the listing in November of 2015. Found it in a card show dime box.

Nolan Ryan
The name most associated with No-Hitter is likely Nolan Ryan, to recognize this we will be dedicating several postings to this no-hitter and the Ryan Express over the next few days. Below is an Index to these No-Hitter related Postings - a couple related to the cards above.