There are a couple of Father and Son/Daughter cards out there, this is one of my favorites.

Understandably the card a favorite of Curt Schilling. Last month he posted this via his Twitter account. 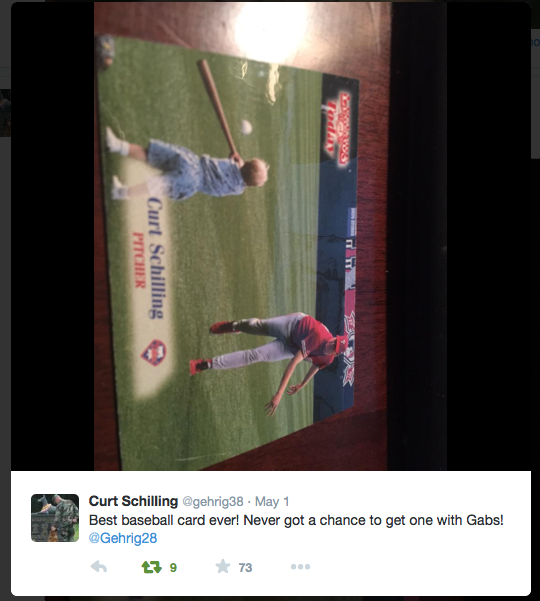 Curt is pitching to his eldest son Gehrig in the photo (the @Gehrig28 referred to in the Curt Schilling's tweet).

This Past Friday Gehrig and his sister Gabby were featured in an SI.com article discussing bullying and internet bullying. 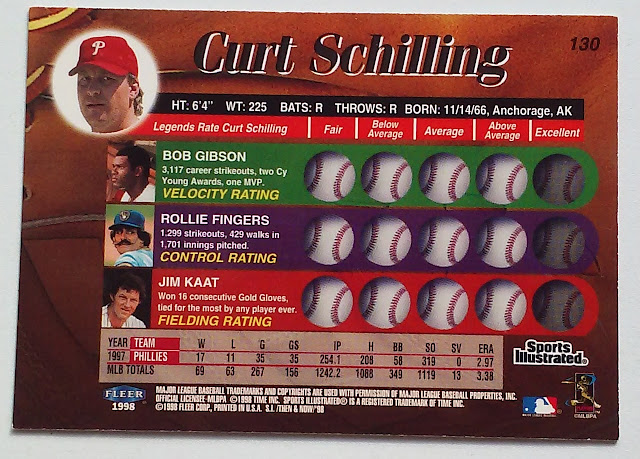 The reverse of the Schilling card contains some comparisons to a few pitching legends. This is before the three World Championships and he is being held up to the standards of a Legend like Bob Gibson. The presence of reliever Rollie Fingers in the graphic seems odd, however the walk rates for him and Schilling appear to be somewhat similar.