We have a sort of Phillies related post this AM. 20 years ago this month Ben Davis out of nearby Malvern Prep HS was drafted 2nd overall by the San Diego Padres. 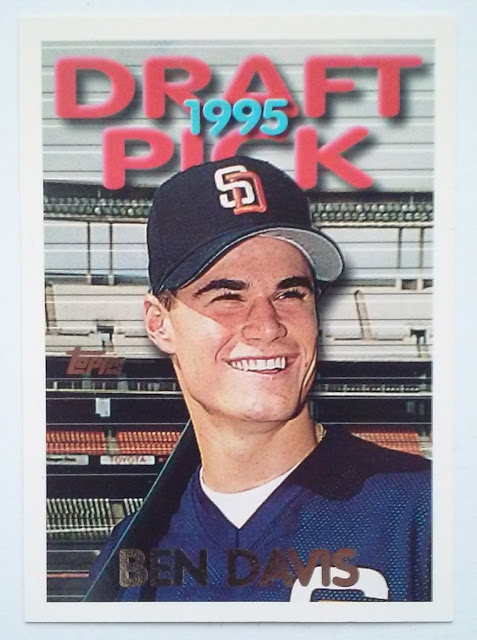 Davis' Playing career is really not #2 overall pick worthy. He stuck in the Majors for seven seasons half of which were with the Padres. His best year was 2001 when he led NL catchers in games with 135 with a career High 11 Homers and 57 RBIs.

Ben Davis ended his career with a 2.7 WAR placing him 10th among 1st round draftees for 1995. Among the players the Padres passed on to get Ben Davis were Todd Helton (61.2 WAR), Kerry Wood (27.7), and Roy Halladay (64.6).  The player drafted in front of Davis was Darin Erstad who compiled a rather surprising 32.3 career WAR. 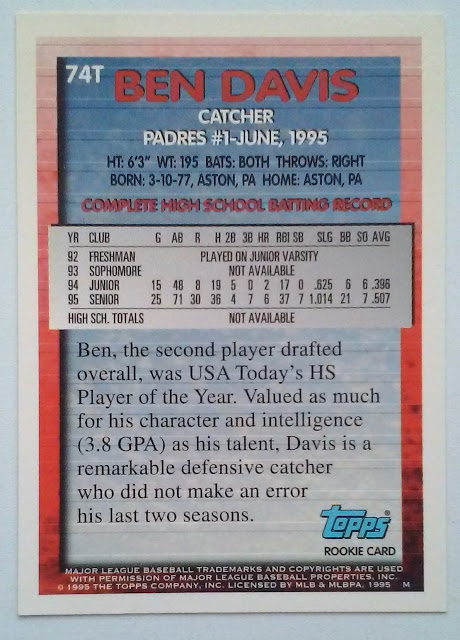 Today Ben does Color Commentary on Phillies TV Broadcasts. He does a good job and I am happy to have a catcher's perspective in the booth.