This week the MLB will be holding their annual amateur draft. 2015 marks the 50th anniversary of the event which was first held in 1965. With the Phillies in Cincinnati to face the Reds it is an apt time for us to discuss the best hitter taken in the initial MLB draft. 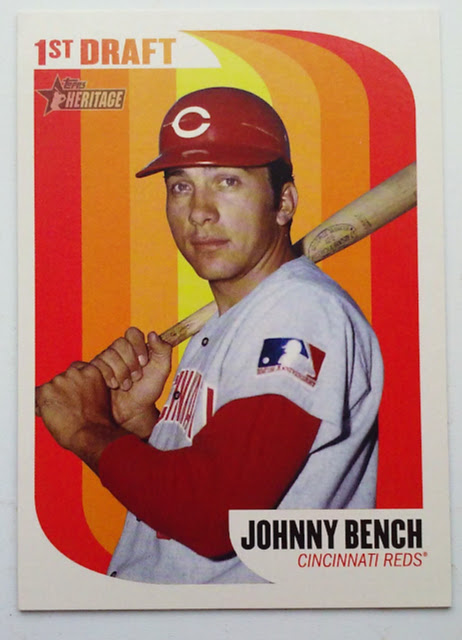 Using WAR as a barometer Bench (75.0) was the most successful position player taken in the original draft. The runner up to Bench was Graig Nettles (68.0 WAR, Twins - 4th round 74th pick)

The Phillies most successful selection from the 65 draft was Larry Hisle (24.9 WAR - 2nd round, 38th overall). The club failed to sign their first pick Mike Adamson (18th overall) but that is a subject best saved for another posting. 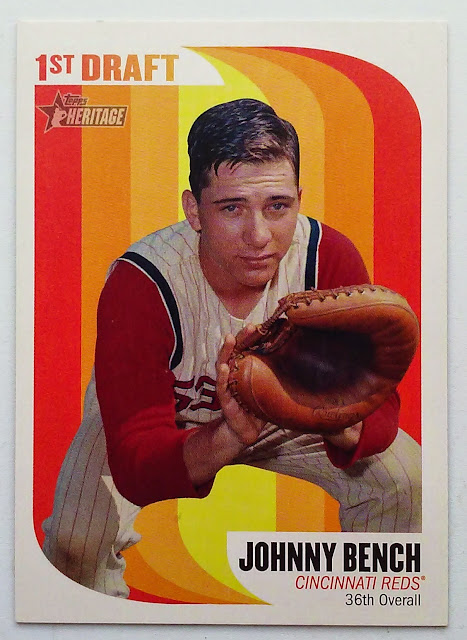 The 2014 Heritage 1st Draft insert set is a bit peculiar. There are only four cards which fall 1 in every 12 packs - the entire set can be built from 2 hobby boxes. The set only has three subjects because Johnny Bench appears on two cards. The other two players are Ryan and Nettles. 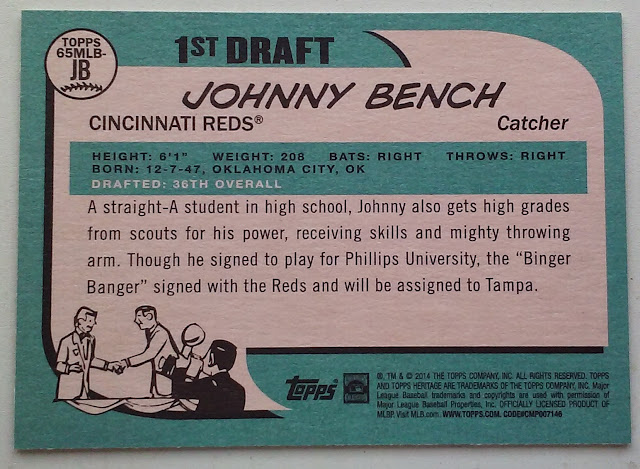