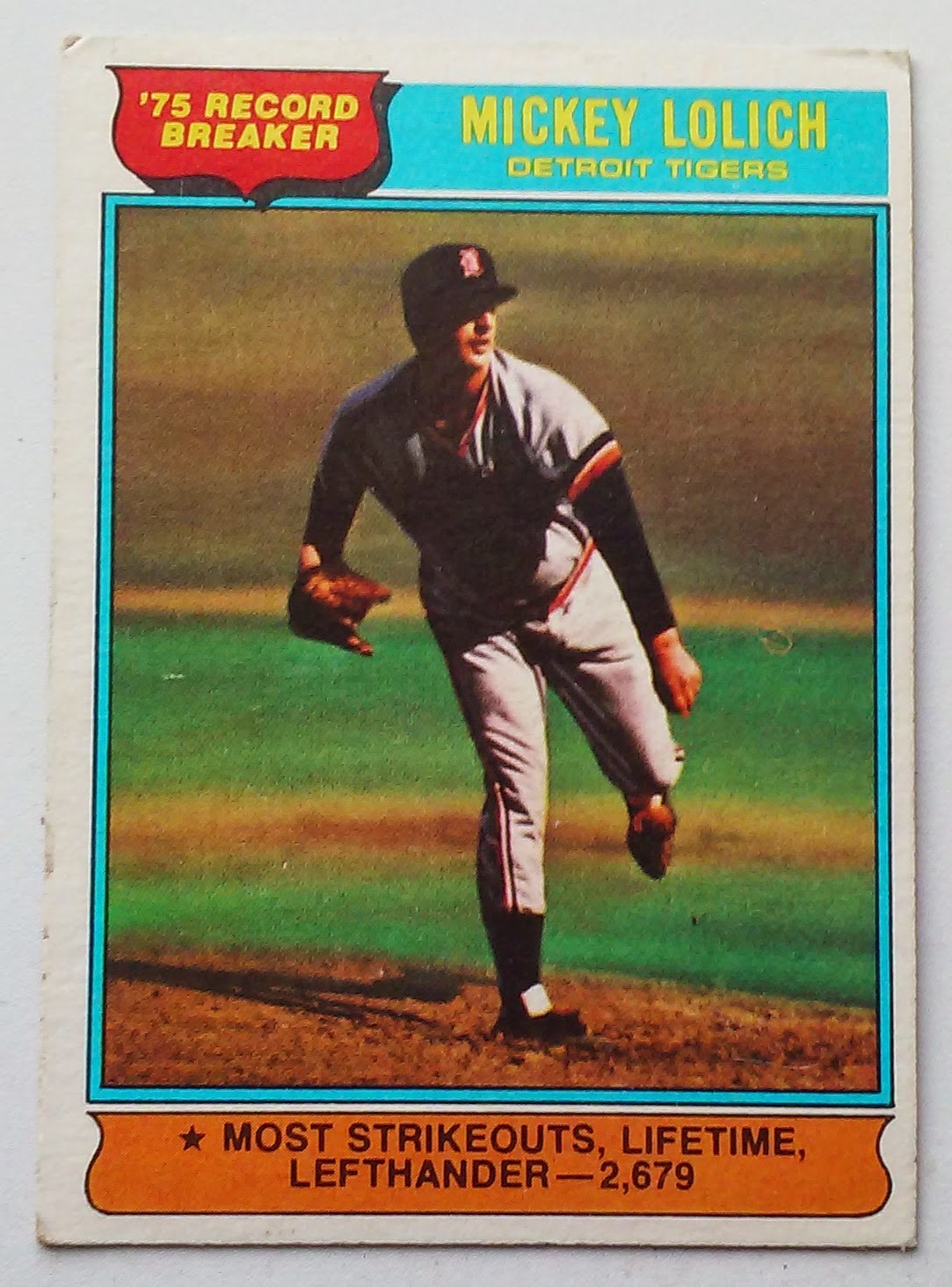 Topps honored the accomplishment with the #3 card in their 1976 set.

The Tigers Southpaw accomplished the feat during an 11-2 victory over the Oakland A's. The record tying and breaking strikeouts were both recorded versus Hall of Famer Reggie Jackson. Of course it should be noted that Reggie is the all-time leader in Ks among batters.  Lolich logged a total of four Ks on the day including one other Hall Of Famer, Billy Williams.

Mickey Lolich finished his career in 1979 at 2832 strikeouts. He would hold the Lefthanded K record for five seasons prior to being eclipsed by the Phillies Steve Carlton in 1980.

Career Ks by Lefthaders in 1976 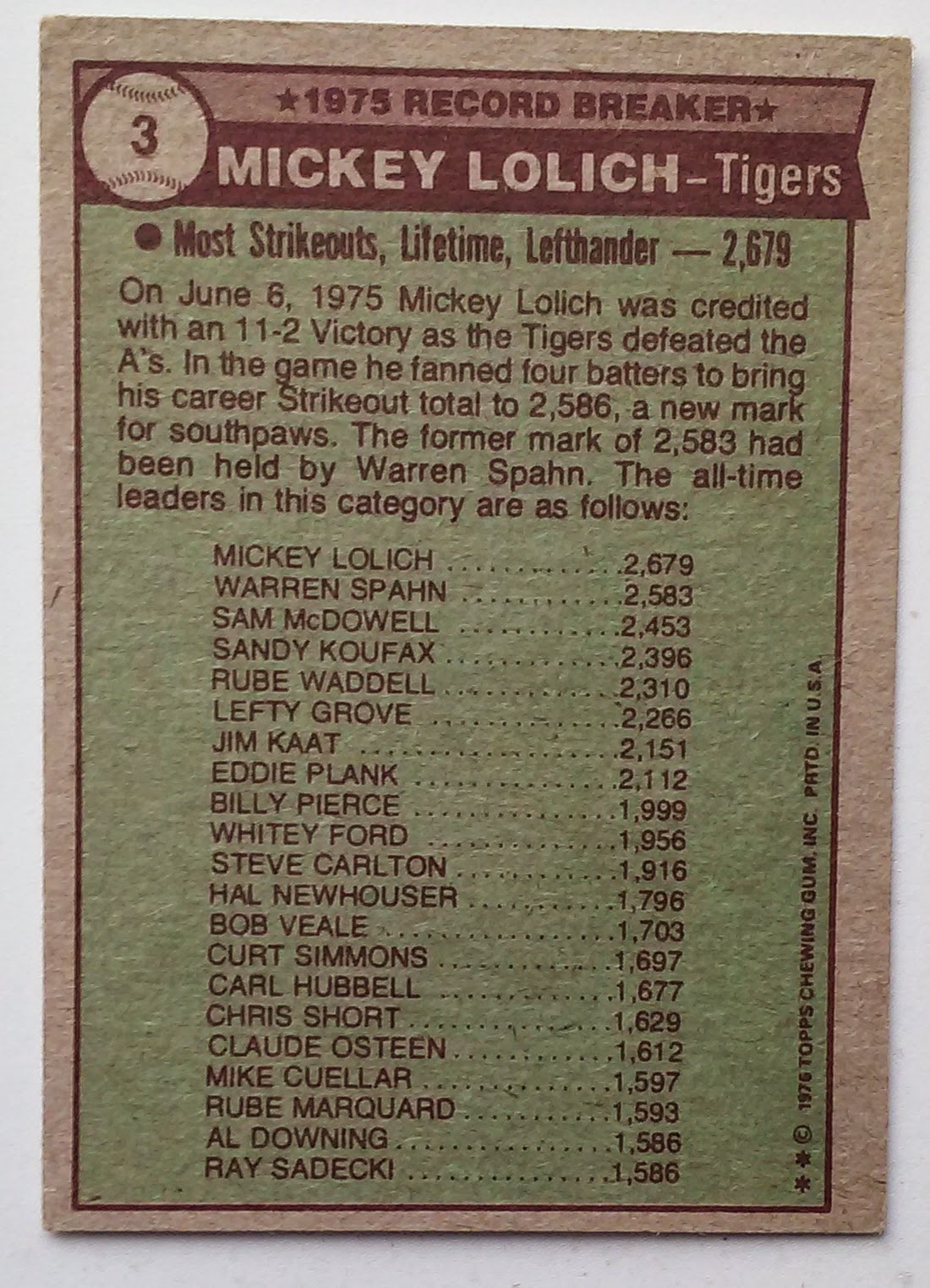 After passing Warren Spahn Lolich struck out just a shade under 100 additional batters during the remaining portion of the 1975 season. As you can see Steve Carlton ranked 11th at the time.

Carlton was eventually surpassed by Randy Johnson who is the current all-time MLB Record for career Ks among southpaws with 4875. The Big Unit was 12 when the Lolich Record Breaker card was issued.

Today Mickey Lolich still ranks #3 behind Carlton and Johnson. All 2832 of Lolich's Ks were in the AL which ranks first in the history of the junior circuit.

Lolich ranks 18th among All Pitchers for career Ks. The only pitchers in front of Lolich not in the Hall are Roger Clemens and Curt Schilling.