TRENDY: Carlos Correa gets the Call 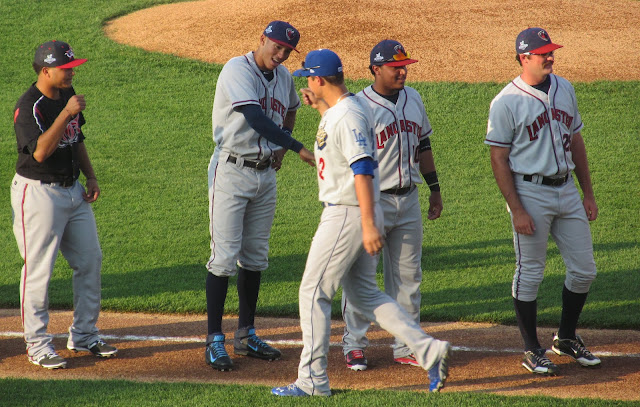 Just short of a year ago the Wilmington Blue Rocks hosted the California vs Carolina League All-Star game. The two biggest stars in the game may have both played the same position. Shortstops Carlos Correa and Corey Seager were both on the California squad. The photo above was taken during the game intros. The shot is definitely one of the my favorites in the Phungo Collection.